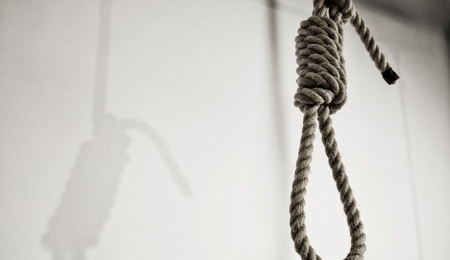 The execution of 36 men in Iraq yesterday marks an alarming rise in the authorities’ use of the death penalty in response to the dramatic security threats the country is facing, said Amnesty International today.

The men were convicted over the killing of 1,700 military cadets at Speicher military camp near Trikrit in June 2014, after a deeply-flawed mass trial which lasted only a few hours, and relied on “confessions” extracted under torture.

“Time and time again, Amnesty International has emphasised that victims’ families have the right to truth and called for justice for the atrocities committed by the armed group calling itself the Islamic State. However, executing men who were forced to ‘confess’ under torture and were not given a proper chance to defend themselves is not justice.

“Relying on executions to counter Iraq’s security challenges is completely misguided. It does not address the root causes of deadly attacks and will only serve to perpetuate the cycle of violence. The death penalty is the ultimate cruel, inhuman and degrading punishment and there is no credible evidence that shows it serves as more of a deterrent to crime than a prison term.”

Only thorough, fair and transparent trials will deliver justice for victims of deadly attacks and their families. Amnesty International had raised the Speicher case during a meeting in Baghdad on 4 August 2016 with the Special Committee in the Presidency Office established last year to speed up executions, and explicitly appealed for the President not to ratify the death sentences for these men.

The organisation is calling on the Iraqi authorities to immediately establish an official moratorium on executions with a view to abolishing the death penalty. Pending abolition, Parliament should remove the death penalty from legislation and respect all international standards applying to the use of the death penalty.

One of the men executed “confessed” to killing 60 cadets at Speicher after receiving threats that his wife and sisters would be raped. He was also beaten with cables and given electric shocks. Video evidence shows the man being punched in the face during interrogation and “confessing” on Iraqi TV with a visible bruise under his right eye. Even though he recanted this “confession” in court, according to lawyers it was used to justify its verdict. The court did not order an independent investigation into his and other defendants’ allegations of torture.