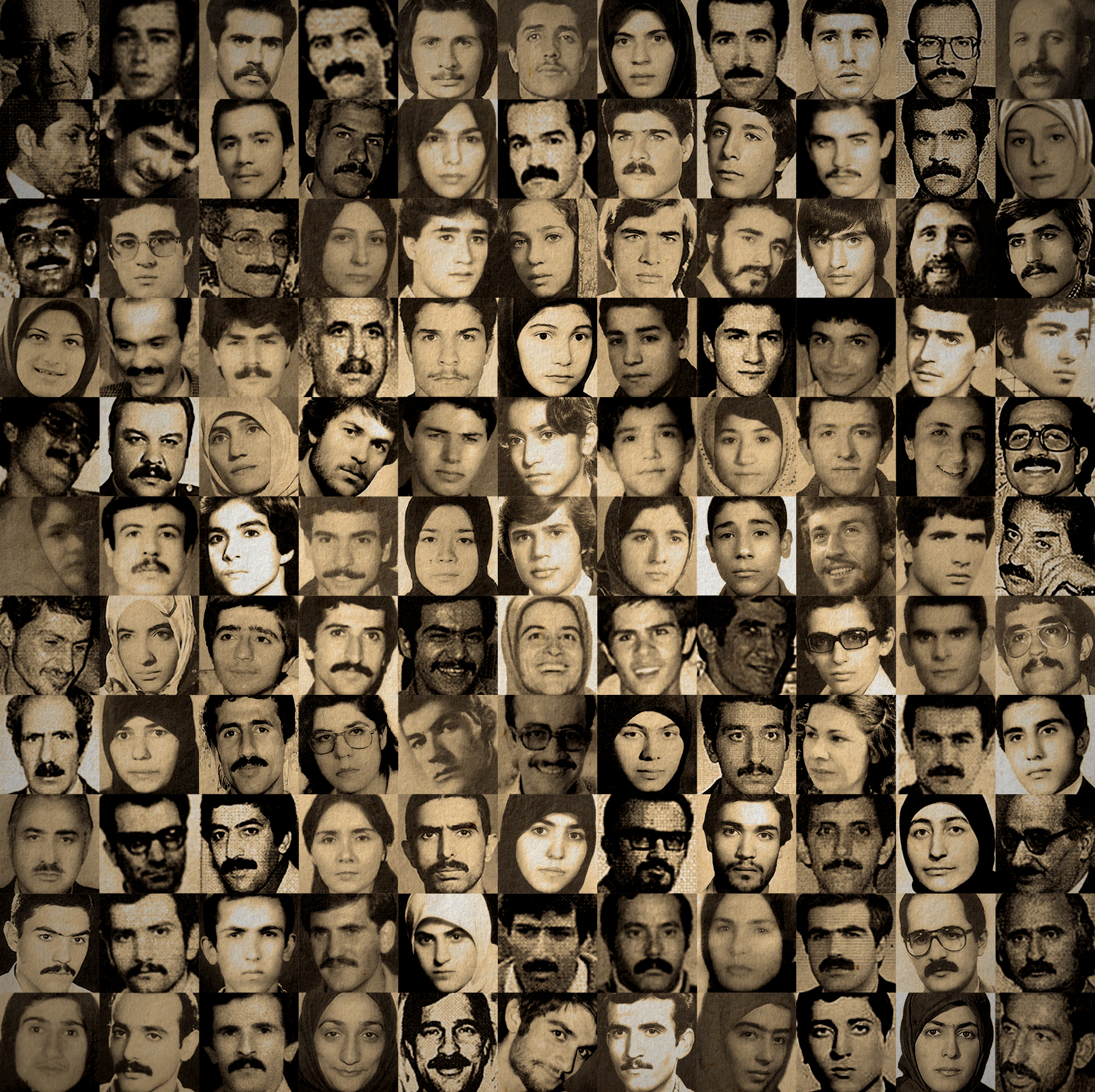 The Iranian authorities’ continued failure to disclose the fate and whereabouts of thousands of political dissidents who were forcibly disappeared and extrajudicially executed in secret during Iran’s 1988 prison massacres has sparked a crisis that for decades has been largely overlooked by the international community, said Amnesty International in the lead-up to the International Day of the Victims of Enforced Disappearances on 30 August.

Thousands of the victims’ deaths remain unregistered and, across the country, there are thousands of missing bodies buried in unidentified mass graves. For more than 30 years, the Iranian authorities have failed to officially acknowledge the existence of these mass graves and concealed their locations causing immeasurable suffering to families who are still seeking answers about their missing loved ones.

“The families of those secretly killed in the 1988 prison massacres are still living through a nightmare. They and many others in Iran are haunted by the thousands of missing bodies, which have cast a spectre over the country’s justice system to this day,” said Philip Luther, Middle East and North Africa Research and Advocacy Director at Amnesty International.

“It is misguided to view the 1988 mass killings as historical events. The enforced disappearances are ongoing and, 30 years later, victims’ families continue to be tormented by anguish and uncertainty over the fate of their loved ones.”

Under international law, the crime of enforced disappearance continues until the state reveals the fate or whereabouts of the individual concerned and this requires, when the disappeared person is found to be dead, returning the remains of the victims to their families.

Amnesty International’s December 2018 report Blood-soaked secrets: Why Iran’s 1988 prison massacres are ongoing crimes against humanity concluded that by continuing to systematically conceal the fate and whereabouts of victims of the secret extrajudicial killings of 1988 in Iran, Iranian authorities are committing the ongoing crime against humanity of enforced disappearance.

The Iranian authorities have an obligation under international law to investigate these ongoing crimes and to provide victims with truth, justice and reparations. They should involve independent experts in exhuming and identifying the remains, including through DNA analysis, return the remains of deceased victims to their families and allow the families to conduct commemorations and dispose of those remains according to their own beliefs, religion or culture.

In any case of a death, the authorities have a duty to issue a death certificate, setting out accurately the date, location and cause of death. However, for victims of the secret extrajudicial killings of 1988 this has not happened in thousands of cases.

“Crimes against humanity are exactly what the term suggests: crimes so serious that they concern not only their victims, survivors and the state in question but also humanity as a whole,” said Philip Luther.

“UN member states must use every opportunity, including the upcoming review of Iran’s human rights record at the UN Human Rights Council in November, to press the Iranian government to identify mass graves and reveal the fate and whereabouts of all victims of these tragic events.”

Amnesty International has called for the UN to set up an independent investigation into the extrajudicial executions and enforced disappearances to establish the truth, enable prosecutions of those suspected of responsibility and ensure that survivors and families of victims receive reparations.

The Iranian authorities did not return the bodies of any of the victims of the extrajudicial killings of 1988 to families. They also refused to tell most families where the bodies were buried, in an apparent effort to eliminate all trace of the victims.

Amnesty International knows of only five cities – Ahvaz, Ardabil, Ilam, Mashhad and Rudsar – where the authorities eventually told some families verbally that their loved ones were buried in mass graves and revealed their locations. However, publicly and officially, the authorities have never acknowledged these or other known or suspected mass grave sites across the country, which have been subjected to desecration and destruction.

According to information obtained by Amnesty International, in several other cities, including Bandar Anzali, Esfahan, Hamedan, Masjed Soleiman, Shiraz, Semnan and Tehran, the authorities gave a few families the location of individual graves and allowed them to install headstones, but many fear that the authorities may have deceived them and that these graves may be empty.

In the case of Tehran, these concerns are reinforced by Amnesty International’s finding that 99% of the names on 335 gravestones at the Behest Zahra cemetery that the authorities have attributed to victims of the mass killings are not registered in the cemetery’s online burial registers; only three are registered.

There are reports that many of these individual gravestones were erected suddenly in late 1988 and early 1989 without any sign of prior digging or burial in the area. Some families and survivors suspect that the authorities identified these graves in an attempt to trivialize the number of those killed and show that the location of their remains was known. They fear that in fact these victims may have been buried in unmarked mass graves along with several thousand other victims.

In one case a family discovered in June 2017 that the ground beneath the headstone where they had believed their loved one was buried for decades was in fact empty and contained no bones or other remains.

The huge number of missing names in the country’s online burial records and the fears that some of the graves may be empty raise serious concerns, making the investigation and exhumation of graves believed to contain the remains of the victims all the more crucial to the establishment of the truth about the fate of each victim and the whereabouts of their remains.

Click here to view a video featuring victims’ family members describing the ongoing pain and trauma they endure. Amnesty International considers that the suffering inflicted on victims’ families violates the absolute prohibition on torture and other cruel and inhuman treatment under international law.