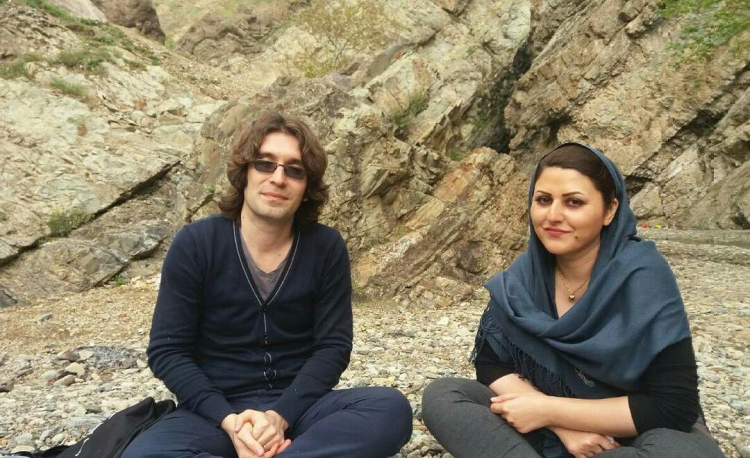 Iran vilifies human rights defenders as ‘enemies of the state’

Iran’s judicial and security bodies have waged a vicious crackdown against human rights defenders since Hassan Rouhani became president in 2013, demonising and imprisoning activists who dare to stand up for people’s rights, Amnesty International said in a new report published today. Caught in a web of repression: Iran’s human rights defenders under attack details how scores of human rights activists – often labelled “foreign agents” and “traitors” by state media – have been prosecuted and jailed on spurious “national security” charges, dealing a crushing blow to hopes of human rights reform raised during President Hassan Rouhani’s first election campaign. Some activists have been sentenced to more than 10 years behind bars for simple acts such as being in contact with the UN, EU or human rights organisations including Amnesty International.

“It is a bitter irony that as the Iranian authorities boast about their increased engagement with the UN and the EU, particularly in the aftermath of the nuclear deal, human rights defenders who have made contact with these same institutions are being treated as criminals. Rather than propagating the dangerous myth that human rights defenders pose a threat to national security, the Iranian authorities should focus on addressing the legitimate concerns they raise. These are people who have risked everything to build a more humane and just society – it is appalling that they are so viciously punished for their bravery,” said Colm O’Gorman, Executive Director of Amnesty International Ireland.

The organisation is calling on the EU, which announced plans to relaunch a bilateral human rights dialogue with Iran in 2016, to speak out in the strongest terms against the persecution of human rights defenders in the country.

“The international community, and in particular the EU, must not stay silent over the outrageous treatment of human rights defenders in Iran. Instead of appeasing Iranian officials, the EU should forcefully call for the immediate and unconditional release of all those jailed for their peaceful human rights activism and for an end to the misuse of the justice system to silence activists,” said Colm O’Gorman.

Closing in on the defenders

Over the past four years, Iran’s judicial authorities have dropped the threshold for invoking vague and overly broad national security-related charges and, at the same time, sharply increased the length of prison sentences given to convicted human rights defenders. The head of the judiciary is appointed by Iran’s Supreme Leader.

One of the most emblematic cases is that of critically ill human rights activist Arash Sadeghi, who is serving a total of 19 years in prison for “offences” that included communicating with Amnesty International as well as sending information to the UN Special Rapporteur on the situation of human rights in Iran and members of the European Parliament.

Despite his critical condition, the authorities have repeatedly blocked his transfer to a hospital outside prison, in reprisal for a hunger strike he staged between October 2016 and January 2017, in protest at the imprisonment of his wife, Golrokh Ebrahimi Iraee, for writing a fictional story about stoning.

Prominent human rights defender Narges Mohammadi, who led the Centre for Human Rights Defenders in Iran, is serving a 16-year prison sentence also in connection with her human rights work. The criminal case against her was opened in reprisal for a meeting she had with EU’s former foreign policy chief, Catherine Ashton, on International Women’s Day in 2014.

Raheleh Rahemipour, meanwhile, was sentenced to one year in prison after the UN requested information from the Iranian authorities about the enforced disappearance of her brother and niece during the 1980s.

“This is a sinister and deliberate attempt by Iran’s authorities to cut off human rights defenders from the outside world and prevent them from challenging the official narrative on the human rights situation in the country,” said Colm O’Gorman.

Trade unionists including Esmail Abdi and Davoud Razavi have also experienced harassment and imprisonment for being in contact with international organisations, including the International Labour Organisation. Minority rights activists have fared no better in the crackdown. Alireza Farshi, a member of Iran’s Azerbaijani Turk minority, was given a 15-year prison sentence for “offences” that included writing a letter to UNESCO to hold an event commemorating International Mother Language Day.

Human rights defenders whose cases are featured in the report were invariably convicted after grossly unfair trials before Revolutionary Courts. The proceedings are often extremely brief. For example, anti-death penalty campaigners Atena Daemi and Omid Alishenas were sentenced to 14 and 10 years’ imprisonment, respectively, after a trial in March 2015 which only lasted about 45 minutes. Their sentences were later reduced to seven years on appeal.

Trials of human rights defenders generally take place in a climate of fear in which their lawyers face a range of abusive measures. These include attempts by the authorities to arbitrarily restrict them from visiting defendants or communicating with them in private, or delaying their access to court files.

Human rights lawyers who speak out against torture and unfair trials have also faced relentless harassment, disbarment and imprisonment. Prominent human rights lawyer Abdolfattah Soltani has been serving a 13-year sentence since 2011 for his courageous human rights work including with the Centre for Human Rights Defenders.