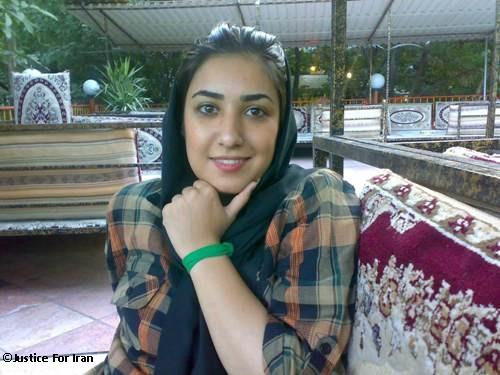 Iran: Overdue release of artist must be followed by freedom for other prisoners of conscience

The release of Iranian artist and activist Atena Farghadani yesterday is a long-overdue step towards righting the injustice against her and must be followed by the immediate and unconditional release of other peaceful artists and activists who remain behind bars, Amnesty International said today.

“Atena Farghadani’s release represents a legal and moral victory for her and encourages the efforts of activists worldwide to campaign for the release of other prisoners of conscience in Iran, as well as for reforms to the unjust laws used to put them behind bars in the first place,” said Magdalena Mughrabi, interim Deputy Director of the Middle East and North Africa Programme at Amnesty International.

While this is a time for celebration, it is vital that the world doesn’t forget that Atena Farghadani should never have been imprisoned in the first place

Atena Farghadani’s release came after an appeal court in Tehran dramatically reduced her original 12-years and nine months sentence to 18 months, most of which she had already served. The court, however, suspended a three-year prison sentence imposed for “insulting the Iranian Supreme Leader” for four years meaning that the threat of imprisonment will hang over Atena Farghadani during that period. The Iranian authorities often resort to suspended sentences to create a climate of fear, coercing activists, journalists and others into silence or self-censorship.

Atena Farghadani was sentenced on 1 June 2015 after a Revolutionary Court convicted her, following a grossly unfair trial, of charges including “gathering and colluding to commit crimes against national security”, “spreading propaganda against the system”, “insulting the Iranian Supreme Leader”, and “insulting members of parliament through paintings”.

All the charges stemmed from her peaceful activities including meeting with families of political prisoners, criticising the authorities on social media and through her artwork, which included a cartoon that satirized members of Iran’s parliament for considering bills that restrict access to voluntary contraception and family planning services.

In August 2015, Atena Farghadani said in a note, smuggled out of prison, that the authorities had subjected her to a forced ‘virginity test’. Earlier in 2016, the authorities confirmed her subjection to these tests. “Virginity testing” is highly discriminatory, compromises women’s dignity and rights to physical and mental integrity, and has been recognised as a violation of the prohibition of torture and other ill-treatment.

Earlier in December 2014, when she was out on bail, Atena Farghadani released a video message describing how female prison guards at Evin prison had beaten her, verbally abused her and forced her to strip naked for a body search.

“The Iranian authorities have 18 months of appalling injustice to make up for and they should start by investigating Atena Farghadani’s torture and other ill-treatment including forced ‘virginity testing’. They should also ensure that her conviction and suspended sentence are quashed,” said Magdalena Mughrabi.

Other activists persecuted and imprisoned

“The conviction and sentences of all these young activists must be immediately quashed and the Iranian authorities must stop using the threat of incarceration to stifle Iran’s young generation of activists,” said Magdalena Mughrabi.

“Of course, a prisoner release is only a first step – the Iranian authorities must also reform the country’s repressive laws, which for too long have been used to clamp down on dissent. As long as these laws remain on the books, human rights defenders and activists will remain at risk of being jailed simply for expressing their opinions.”

In its April 2016 ruling, the Appeal Court in Tehran upheld Atena Farghadani’s 18 months prison term imposed for the charge of “spreading propaganda against the system” but acquitted her from the charge of “gathering and colluding against national security”. It commuted the nine-month imprisonment sentence for “insulting members of parliament through paintings”, “insulting the President” and “insulting prison officials” to a cash fine.

Iran’s Islamic Penal Code, adopted in May 2013, maintains vaguely worded “crimes” such as “spreading propaganda against the system”, “creating unease in the public mind”, “insulting Islamic sanctities” and “membership of an illegal group”. These “offences” are frequently used to curb the peaceful exercise of the rights to freedom of expression, association, and peaceful assembly. Such laws and practices violate Iran’s international obligations, including those under Articles 19, 21 and 22 of the International Covenant on Civil and Political Rights, which guarantee the rights to freedom of expression, peaceful assembly and association.