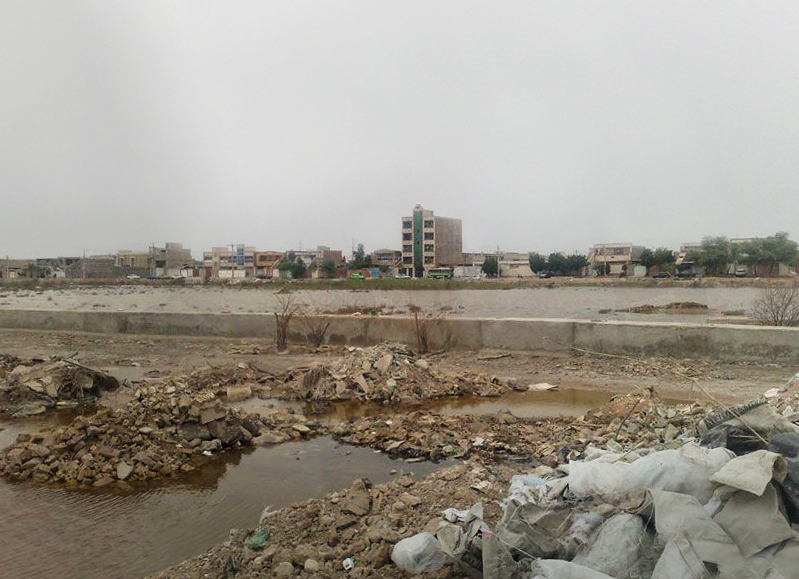 The desecration of a mass grave site in Ahvaz, southern Iran that contains the remains of at least 44 people who were extrajudicially executed would destroy vital forensic evidence and scupper opportunities for justice for the mass prisoner killings that took place across the country in 1988, said Amnesty International and Justice for Iran.

Photo and video evidence obtained by the NGO Justice for Iran and reviewed by Amnesty International shows bulldozers working on a construction project directly alongside the mass grave site at Ahvaz, as well as piles of dirt and construction debris surrounding the grave. Although the Iranian authorities have made no official announcements about Ahvaz, families learned through a construction worker that the plan is to ultimately raze the concrete block marking the grave site and build over the area.

“By attempting to destroy the mass grave in Ahvaz, the Iranian authorities appear to be embarking on a sinister and deliberate effort to destroy crucial evidence of their past crimes and deprive the families of the victims of the 1988 mass prisoner killings of their right to truth, justice and reparation. This is a shocking assault on justice that must be stopped immediately,” said Magdalena Mughrabi Amnesty International’s Deputy Director for the Middle East and North Africa.

Mass graves are crime scenes that require professional forensic expertise to undertake exhumations and ensure preservation of evidence and accurate identification of bodies. By desecrating the site, the authorities will be destroying vital evidence that could one day be used to shed light on the number and identity of those killed in state custody.

The Ahvaz mass grave is located on a barren piece of land 3km east of Behesht Abad Cemetery. It is believed to contain the bodies of dozens of people who were among several thousand political prisoners killed in a wave of extrajudicial executions across Iran in the summer of 1988. The prisoners were rounded up and forcibly disappeared before being killed in secret.  Their bodies were then dumped into freshly dug trenches overnight.

In Ahvaz, the authorities poured concrete over the mass grave immediately after the burial, apparently to prevent family members from digging up the ground and recovering the bodies of their loved ones.

Recently, in mid-May, a construction worker told one family member who visited the site that the work under way to widen the road running alongside the mass grave site would bring it very close to the site and the next phase of works would raze the concrete structure completely to clear the area for a “green space” or a commercial development.

“Instead of trying to erase the memory of those killed and obstruct justice, the Iranian authorities must ensure that the mass gravesites of the 1988 mass killings are preserved and protected until proper, independent investigations can be carried out. Families have the right to know what happened to their loved ones and bury them in dignity,” said Magdalena Mughrabi.

This is not the only mass grave from the mass killings of 1988 at risk of destruction. Justice for Iran has learned of apparent efforts to tamper with another site in the north-eastern city of Mashhad, Khorasan Razavi province, where up to 170 political prisoners are believed to be buried.

Bereaved families who visited the site on the edge of Mashhad’s Behesht Reza Cemetery for Iranian New Year in March 2017 discovered that the previously flat area had been covered with soil to create a raised mound over the grave. Although the reasons for this remain unclear, it raises similar concerns that the authorities are attempting to eliminate all trace of their mass extrajudicial killings.

Over the past three decades, the authorities’ disrespectful treatment of the victims’ remains has compounded the suffering of bereaved family members. The authorities regularly insult the dead and torment their families by referring to mass graves as la’nat abad (the damned land) and have repeatedly told families that their loved ones were “outlaws” who did not deserve a proper burial or tombstone. Families are forbidden from holding commemorative gatherings or decorating the mass gravesites with memorial messages.

The mass extrajudicial executions of political prisoners in 1988, known as the “prison massacres” began shortly after an unsuccessful armed incursion by the Iraq-based People’s Mojahedin Organization of Iran (PMOI) in July that year. Political prisoners from across the country were rounded up and held incommunicado, with no news of them heard for months afterwards. Reports circulated among relatives that prisoners were being executed in groups and buried in unmarked or mass graves.

Families were verbally told their relatives had been killed but the bodies were not returned and most locations of burial sites were not disclosed.

The vast majority of those killed had already spent years in prison, often for peacefully exercising their rights by distributing newspapers and leaflets, taking part in peaceful anti-government demonstrations, or having real or perceived affiliations with various political opposition groups. Some had already completed their sentences but had not been released because they refused to “repent”.

To date, no Iranian officials have been investigated and brought to justice for the extrajudicial executions. Some of the alleged perpetrators continue to hold political office or other influential positions, including in the judiciary.