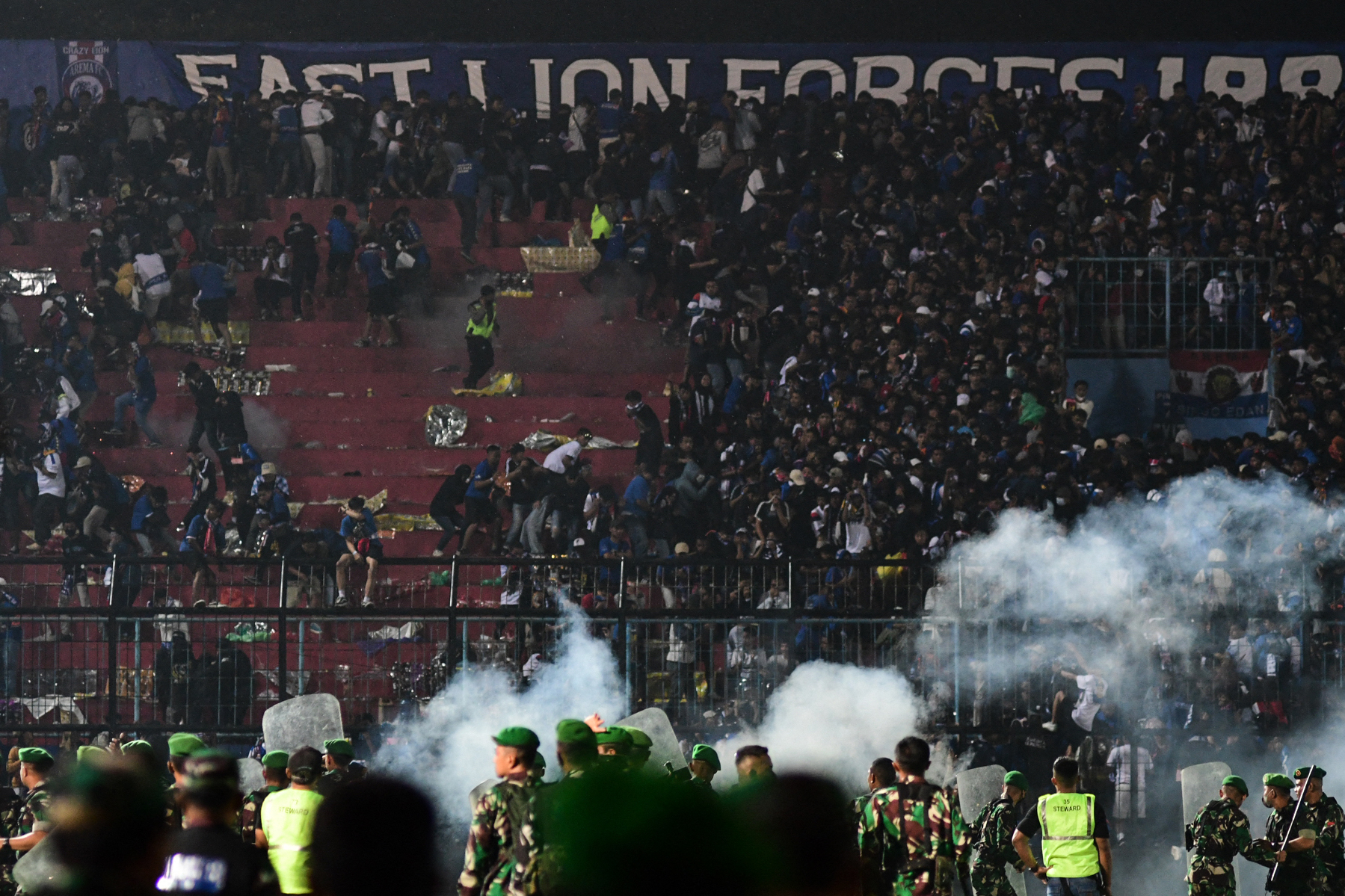 Responding to the deaths of at least 130 people following a stampede at the Kanjuruhan Stadium in Malang, East Java on 1 October, Amnesty International Indonesia Executive Director Usman Hamid said:

“We express our deepest condolences to the families of the victims. No one should lose their lives at a football match.”

“We call on authorities to conduct a swift, thorough, and independent investigation into the use of tear gas at the stadium and ensure that those who are found to have committed violations are tried in open court and do not merely receive internal or administrative sanctions.”

“We also call on the police to review policies on the use of tear gas and other ‘less-lethal weapons’ to ensure that such a heartbreaking tragedy never occurs again.”

“This loss of life cannot go unanswered. The police themselves have stated that the deaths occurred after police use of tear gas on the crowd resulted in a stampede at the stadium exits.”

“Tear gas should only be used to disperse crowds when widespread violence has occurred and when other methods have failed. People must be warned that tear gas will be used and allowed to disperse.”

“Tear gas should also never be fired in confined spaces. FIFA’s stadium safety guidelines also prohibit the carrying or use of ‘crowd control gas’ by pitchside stewards or police.”

On the night of 1 October 2022, after a football match between Arema and Persebaya in the Kanjuruhan Stadium in Malang, East Java, ended in defeat for Arema, dozens of Arema supporters invaded the pitch and attacked players and police. To disperse the crowd, police fired tear gas into the stands.

East Java police chief Insp. Gen. Nico Afinta told the press that the tear gas caused supporters to head to one exit. “There was a crush and because of that crush people were asphyxiated,” Nico said.

As of the time of writing, at least 130 people have been reported dead, including two police officers. At least 180 more have been injured.

The UN Human Rights Committee is clear in their General Comment 37 that in all cases the law enforcement rules on use of force must be strictly followed. The use of tear gas will only be proportionate in responding to incidence of widespread violence, and only where other methods of dispersing an assembly have failed or would fail.

The type of equipment used to disperse an assembly must be carefully considered and used only when necessary, proportional and lawful. Policing and security equipment – such as tear gas, often described as “less-lethal” weapons – can result in serious injury and even death.

The use of force directly impacts on the right to life, which is protected under Article 6 of the International Covenant on Civil and Political Rights, which Indonesia is obliged to comply with as a state party. The use of force is therefore subject to strict human rights safeguards as set out in the UN Code of Conduct for Law Enforcement Officials (1979) and the UN Basic Principles on the Use of Force and Firearms by Law Enforcement Officials (1990). The use of force by law enforcement officials in Indonesia is further regulated by the Indonesian Chief of Police Regulation on the Use of Force in Police Action (No. 1/2009).

While Amnesty International acknowledges the complex environment law enforcement officials often find themselves in when carrying out their duty, they must ensure full respect for the right to life and security of all persons, including those suspected of crime.