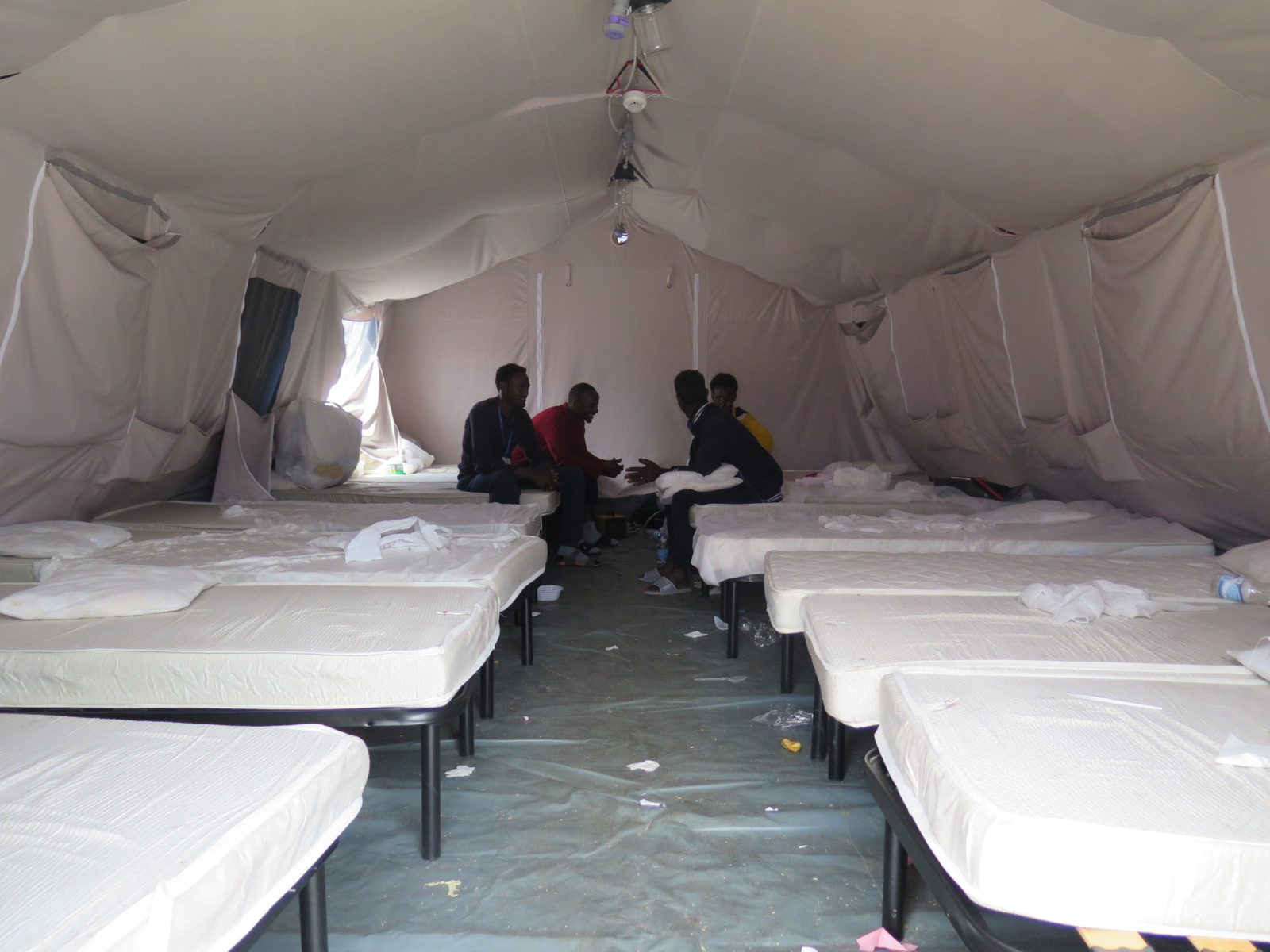 Ill-treated for a fingerprint: Asladain’s story

Asladain, 19, from Ethiopia, interviewed August 2016 fled Ethiopia and says he was abused when he refused to give his fingerprints upon arrival in Italy.

I left Ethiopia because of the political situation. I’m Oromo and in 1991 there was conflict between Tigrinya and Oromo. My grandfather and my father fought for the Oromo. Later, my father was arrested and my brother shot dead at university by the government. In Ethiopia if you are Oromo you can’t do anything. They arrest you and they can kill you.

At the time I wasn’t involved in politics. My father and grandfather were part of the OLF party. The Ethiopian police came to question me, asking who was supporting the party. In 2013/14 they arrested me and held me for two months in the prison of Diradawa. They wanted to know where my uncle was. They didn’t give me food, only bread and water once every three days, and we had to do a lot of work in the prison.

I was also punished; they asked me to hold a stone for a long time with my hands crossed. Then my father was arrested and I don’t know where he is or what happened to him. My mother fled to Sudan, but I haven’t been in touch with her for five months.

So in 2014 I left and stayed in Sudan for nine months. But the Ethiopian government could still find you there, with the help of the Sudanese government. So I left again with friends and arrived in in Benghazi in Libya in 2015. The trip through the desert was very difficult without water. They beat us and it took a month to get there, part of the journey by car, part by foot.
Then we were taken to the seaside, where we stayed for about a week. I took a very small inflatable boat with a lot of people. There was no food or water and the crossing took one day. About 10 people fell at sea and died, most of them women. Later, someone called for help and the Italians came to rescue us.

We arrived in Italy on 27 July, I don’t know where. Many people were feeling sick. After we got off the boat they brought us to a centre near the water by bus. They asked me my name, nationality, marital status and age – nothing else. They took a picture of me and gave me a number.

Then we were transferred to a camp. The day after, they called us by name and the police took us to an office in small groups. They asked us to give our fingerprints. I asked “for what?” They said it wasn’t for registration, but for police use only. But they asked for all ten fingers and I had heard that police only asked for two fingers. I said I didn’t want [to give my fingerprints], but they forced me.

Inside the camp there is a place where they imprison people who don’t give their fingerprints. They beat me, slapped me on the face, I don’t know how many times. Then I said ‘no’ again, so they took out shackles, put them on my wrists and took me – one police per arm, with dogs – to the prison in the camp. There I saw many other Ethiopians. They told me it was better for me to give my fingerprints and that someone had been [in the prison] for a month. I was very stressed, my heartbeat went up… I told the police ‘OK, I’ll give you my fingerprints’.