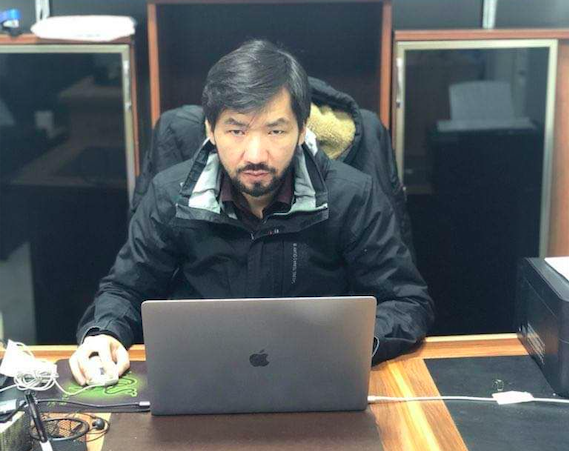 Morocco: Authorities must not deport detained Uyghur to China

The Moroccan authorities must not deport Idris Hasan, an ethnic Uyghur who has been detained in the country, to China where he is at risk of torture, Amnesty International said today.

Hasan, a 34-year-old father of three, was arrested after flying into Morocco from Turkey last week, and taken to a prison near the town of Tiflet. He telephoned his wife Zaynura last Friday (23 July), and told her that he believed he would soon be deported to China.

Zaynura told Amnesty International: “Hasan said, ‘They took me to prison at the request of China. Please be fast, or they’re going to send me back to China’.”

Hasan, a computer designer, holds Chinese nationality and a Turkish residency permit. He has not been heard from since that Friday, and Amnesty International believes he is at risk of detention and torture if he is forcibly returned to China.

“The Moroccan authorities must ensure Idris Hasan has immediate access to a lawyer, the ability to challenge any removal orders, and allow his family to contact him to ensure his safety,” said Joanne Mariner, Amnesty International’s Crisis Response Programme Director.

“Deporting Idris Hasan to China, where Uyghurs and other ethnic minorities are facing a horrifying campaign of mass internment, persecution and torture, would violate international law.

“The principle of non-refoulement guarantees that no one should be returned to a country where they would face a real risk of torture or other cruel, inhuman or degrading treatment or punishment, and other serious human rights violations.”

Idris Hasan has been living in Turkey since 2012, with his wife Zaynura and their three children. His wife and children have permanent residency permits in Turkey, but his residency permit is categorized as “humanitarian”.

The Chinese government reportedly considers Hasan a “terrorist”, because of work he has previously done for Uyghur organisations. Chinese law defines “terrorism” and “extremism” in an overly broad and vague manner, and has been used to crack down on Uyghurs and other ethnic minorities.

Last month, Amnesty International published a report revealing how hundreds of thousands of Muslim men and women in China’s Xinjiang Uyghur Autonomous Region are being subjected to arbitrary mass detention, indoctrination and torture.

In the 160-page report, ‘Like We Were Enemies in a War’: China’s Mass Internment, Torture, and Persecution of Muslims in Xinjiang, Amnesty International’s Crisis Response team released dozens of new testimonies from former detainees detailing the extreme measures taken by Chinese authorities since 2017 to essentially root out Islamic religious beliefs and traditions, as well as the cultural practices and local languages of the region’s Muslim ethnic groups.

Carried out under the guise of fighting “terrorism”, these crimes have targeted ethnic Uyghurs, Kazakhs, Hui, Kyrgyz, Uzbeks and Tajiks.

Amnesty International also launched a campaign calling for the closure of the internment camps, with more than 60 detailed casefiles on some of those thought to be currently detained.