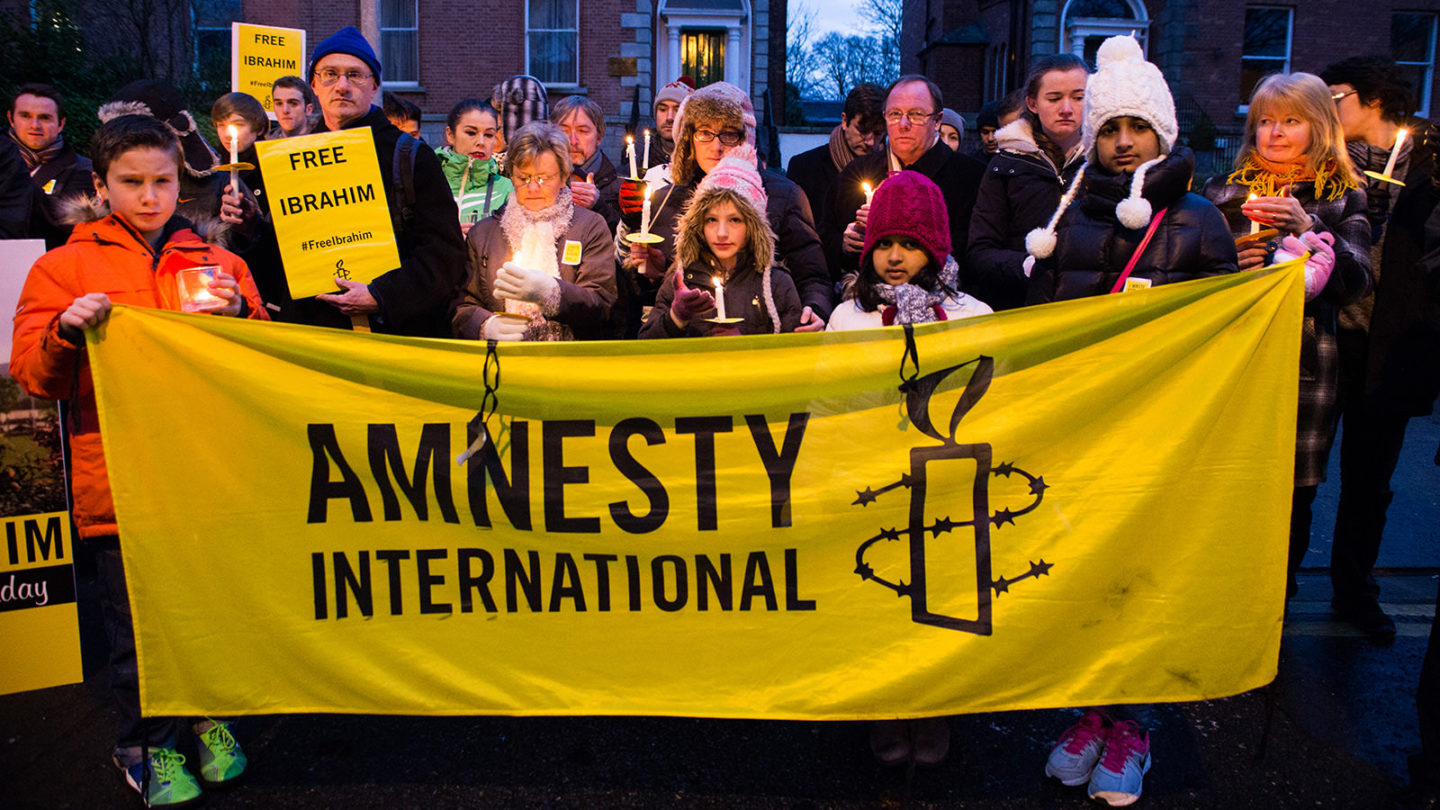 Today, there has been yet another adjournment in the mass trial of Ibrahim Halawa, the young Irish citizen imprisoned in Egypt. Ibrahim, who last month celebrated his 21st birthday, has now spent almost three and a half years in prison as Egypt continues to ignore its obligations under both Egyptian and international human rights law.

Amnesty International has declared Ibrahim a Prisoner of Conscience. Based on a thorough review of his case, the organisation has determined that he could not have committed the serious crimes which he was accused of. He has been imprisoned solely for peacefully exercising his right to freedom of expression and freedom of assembly.

“This young Irish citizen has now been detained for almost three and a half years. In this time, he has experienced unfathomable suffering. He has endured eighteen delays in his mass trial and spent 41 long months living in horrendous conditions in an Egyptian prison cell. Ibrahim’s ongoing detention is a clear and inexcusable violation of both Egyptian and international human rights law. Amnesty International remains gravely concerned for his physical and mental wellbeing. It is long past time that the Egyptian authorities respect international human rights law and allow this young Irish citizen to return home,” said Colm O’Gorman, Executive Director of Amnesty International Ireland.

Last week, reports emerged that Egyptian President el-Sisi has said that Ibrahim will be released and returned to Ireland upon completion of his trial.

“Though this development might appear encouraging, Ibrahim’s release is dependent on the completion of an unfair judicial process. Today, following the eighteenth postponement, there is no sign that this unfair mass trial will conclude soon,” said Colm O’Gorman.

Ibrahim Halawa was just 17 years old when he was first detained in August 2013. Amnesty researchers on the ground at the time of his unlawful arrest confirm that Ibrahim and his three sisters were arrested while taking refuge in the Al Fath mosque. While his three sisters who were also arrested were quickly released on bail, Ibrahim has been incarcerated for 41 months without trial. Ibrahim faces a mass trial alongside 493 other defendants, which cannot meet the standards required for a fair trial as defined under international human rights law. There is no credible evidence against him.

His trial has been rescheduled for February 14.