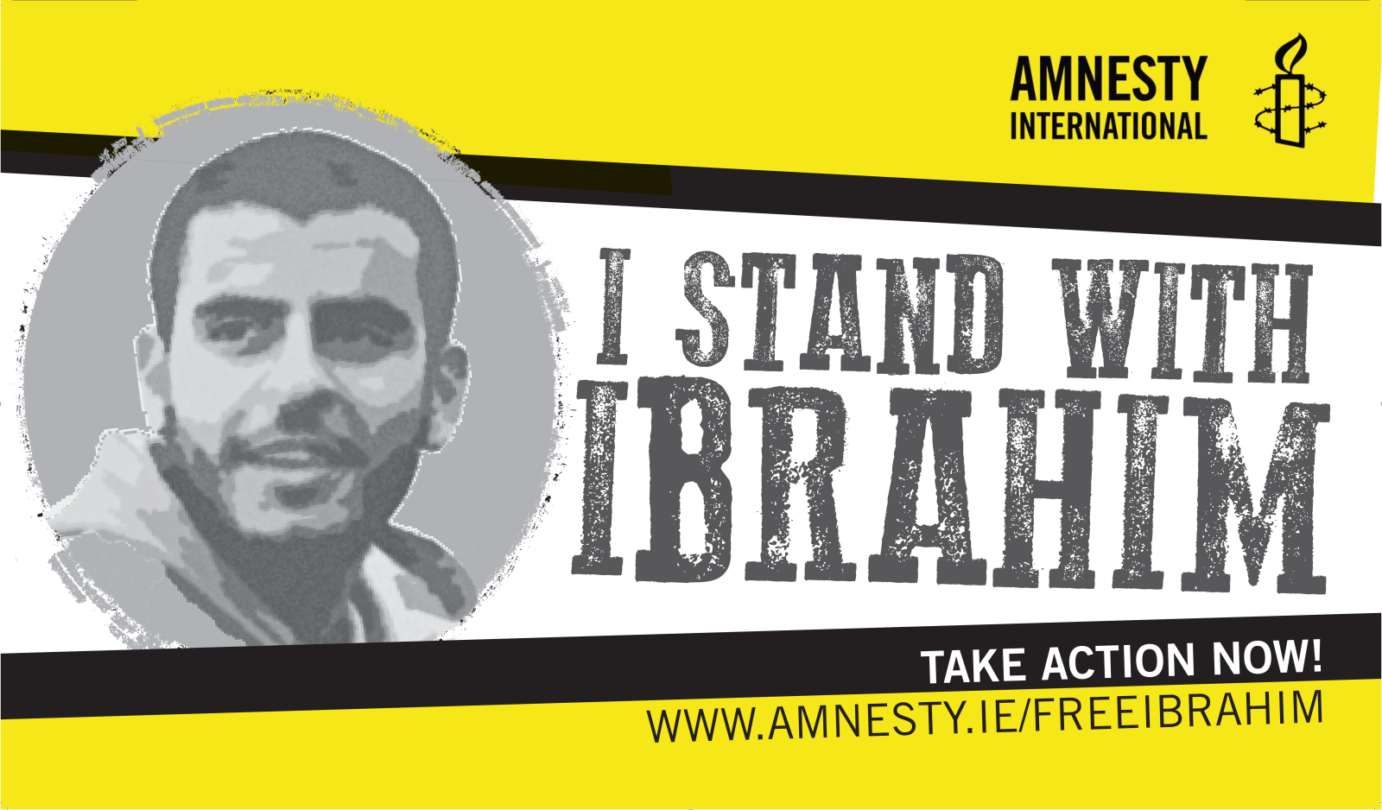 Ibrahim Halawa must be immediately and unconditionally released

Today, as reports emerge that Egyptian president Sisi has pardoned more than 80 prisoners, Amnesty International has reiterated its call for Ibrahim Halawa’s immediate and unconditional release from prison in Cairo. Ibrahim, whose trial was delayed for the sixteenth time last Saturday, has been incarcerated for 39 months in violation of both Egyptian and international human rights law.

Amnesty International has conducted a thorough review of the prosecution evidence and concluded that Ibrahim could not have committed the violent crimes with which he has been charged. Amnesty researchers on the ground at the time of his unlawful arrest confirm that Ibrahim and his three sisters were arrested while taking refuge in the Al Fath mosque.

“Ibrahim’s ongoing detention is an outrageous violation of this young Irish citizen’s rights. Having endured sixteen trial delays and 39 months living in horrific conditions in an Egyptian prison cell, it is long past time for the Egyptian Government to intervene and secure his release, as they have in the cases of those released today. Ibrahim Halawa was just 17 years old when he was arrested. Like many of those freed today, Ibrahim was arrested for peacefully exercising his right to freedom of expression and freedom of assembly. Ibrahim is a Prisoner of Conscience who has now been unlawfully detained for 1187 days. Amnesty International remains gravely concerned for his physical and mental wellbeing. We urge the Irish Government to continue to use every diplomatic and political mechanism to secure his release,” said Colm O’Gorman, Executive Director of Amnesty International Ireland.

Ibrahim Halawa was first detained in August 2013. While his three sisters who were also arrested were quickly released bail, Ibrahim has been incarcerated for more than three years without trial. Ibrahim faces a mass trial alongside 493 other defendants, which cannot meet the standards required for a fair trial as defined under international human rights law. There is no credible evidence against him.

His trial has been rescheduled for 13 December.