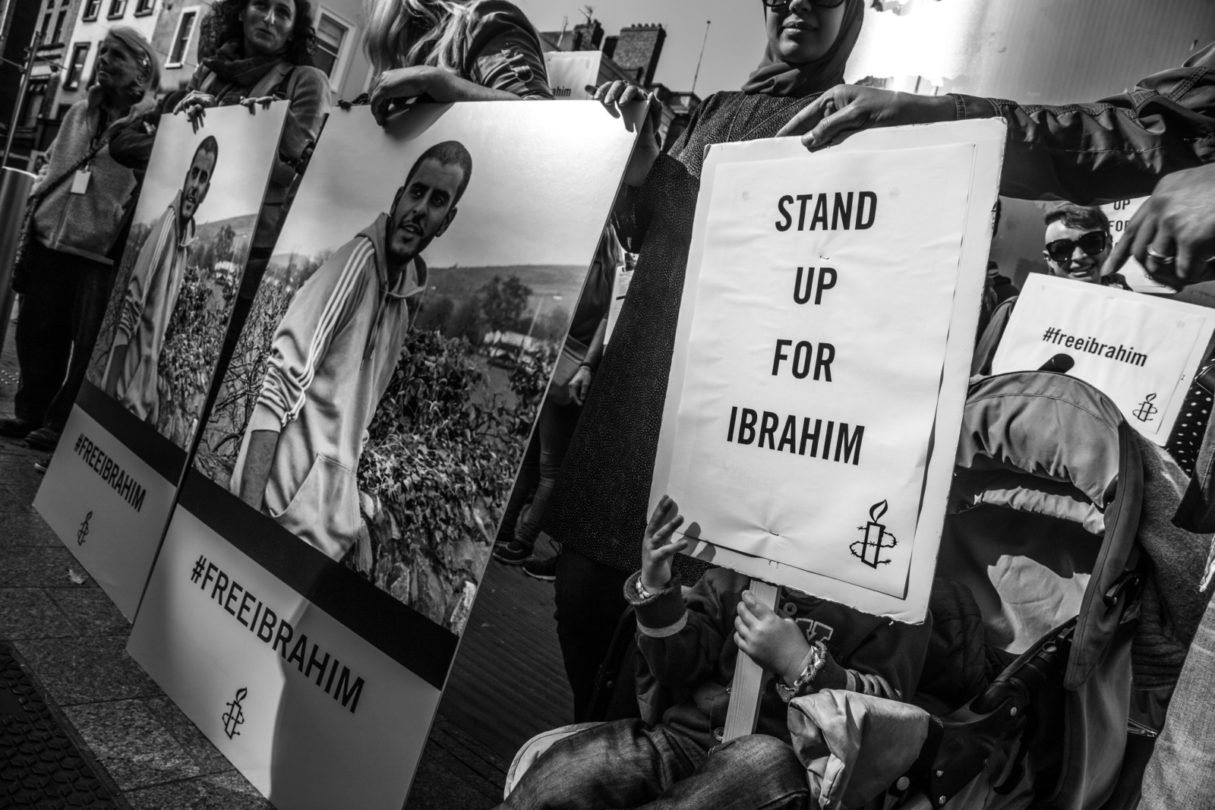 Today, there has been yet another adjournment in the trial of Irish citizen Ibrahim Halawa and 493 others in Cairo as Egypt continues to flout international human rights law. Ibrahim has now spent 855 days in prison, since his arrest in 2013 at the age of 17. Amnesty International has declared Ibrahim Halawa a Prisoner of Conscience, based on its own eye-witness evidence that he could not have carried out the acts he is accused of.

On Tuesday, the European Parliament overwhelmingly supported – by a 98% majority- a Joint Resolution expressing “deep concern about the unacceptable breach of basic human rights arising from [his] arbitrary detention”. The resolution, which was supported by all Irish MEPs, further expressed its deepest concern for Ibrahim’s “deteriorating condition due to his hunger strike”.

“The farcical nature of the Egyptian legal system has again been highlighted as Ibrahim’s trial was delayed for the eleventh time. The continuing imprisonment of this young Irish and EU citizen is a violation of both international and Egyptian law. Ibrahim is one of 494 defendants facing a grossly unfair mass trial which makes it almost impossible for his lawyers to mount a meaningful defence.

“Ibrahim’s ordeal has been harrowing. For more than two and a half years, his family have fought for his release, living with dreadful worries for his wellbeing and the absence of a much loved son and brother. As Ibrahim spends his 856th night in an Egyptian prison cell, Amnesty International continues to be gravely concerned for his mental and physical wellbeing, and again calls for his immediate and unconditional release,” said Colm O’Gorman, Executive Director of Amnesty International Ireland.

Ibrahim Halawa, who faces a possible death penalty, was just 17 when he was first arrested in August 2013 while taking sanctuary in the Al Fath mosque. While Ibrahim’s sisters were released on bail and are safe in Ireland, Ibrahim has been incarcerated for more than 28 months without trial.