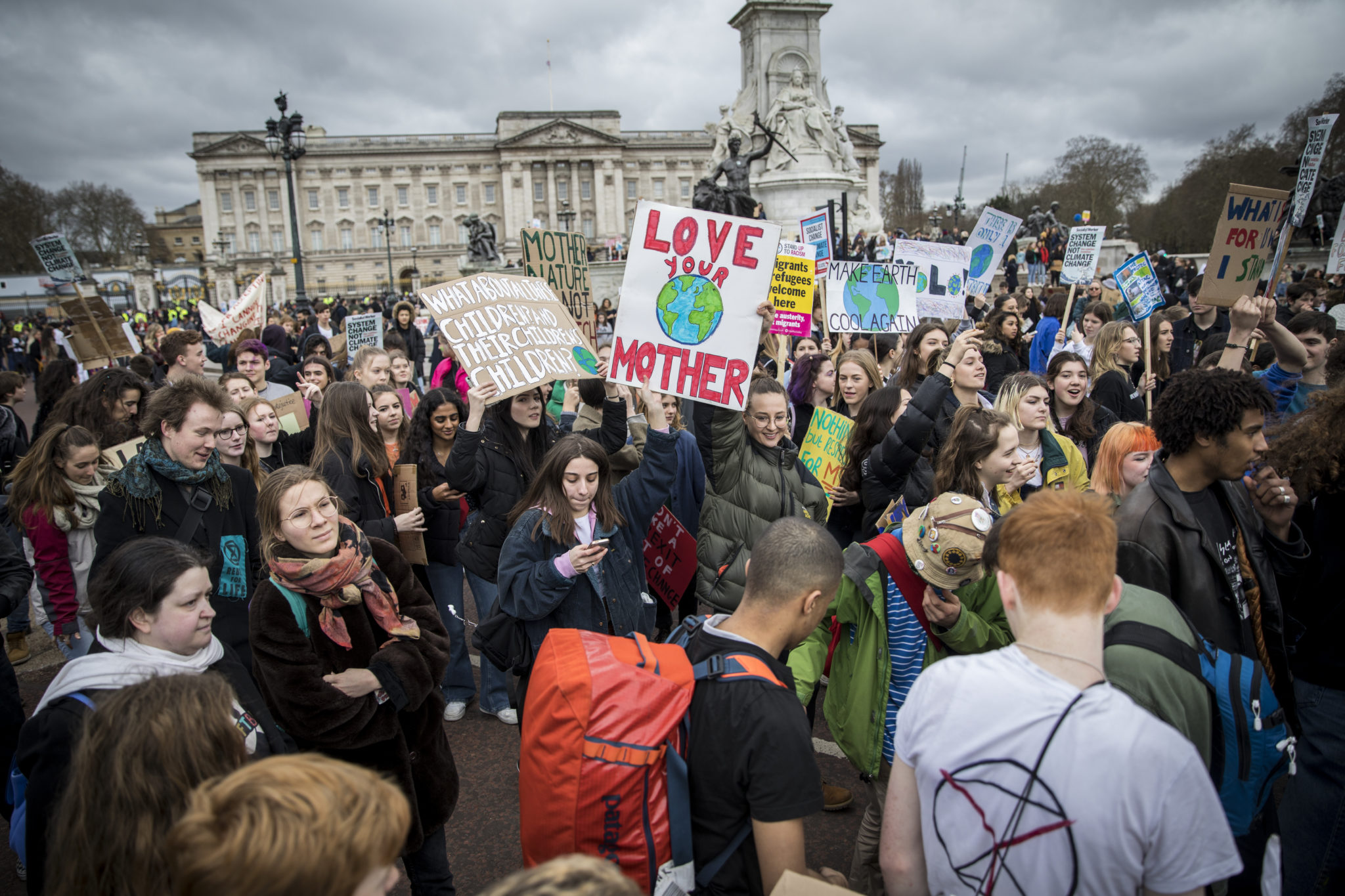 “I am 15. I’m blocking your commute so my generation has jobs to go to, and a planet to live on.”

“I am going to be late for work because of you! You lot don’t have jobs to go to!” a red-faced woman yelled at last month’s youth climate march in London. Admittedly, by occupying Westminster Bridge, the schoolchildren I was with had caused some disruption, but that was the point. Commuters might be late for work, but we will not have jobs to go to or even have a healthy planet to live on unless our governments take immediate action on climate change.

That day, I was part of a small group of schoolchildren, but we are part of an ever-growing movement. In May, more than a million children in 1,600 towns in at least 125 countries took part in the school strikes for justice and in the last months, Extinction Rebellion have held eye-catching protests around the world. Today in Britain, Extinction Rebellion launched what they call a ‘Summer Uprising’ with actions aimed to disrupt cities across the country.

Although you might not agree that occupying roads and disrupting traffic is the best way to bring about change, these actions certainly get people talking and it forces the issue of climate change on the political agenda.

Most of us are aware of the catastrophic effects of climate change – from prolonged drought to devastating tropical storms, heatwaves and wildfires. But climate change does not just affect the natural world. It will also intensify inequalities damaging our rights to life, health, food, water, housing and livelihoods. As Kumi Naidoo, Amnesty International’s Secretary General, said: “It’s abundantly clear that climate change is already having an impact on human rights. And that this impact will only intensify in coming years.”

Climate change is not just another political or moral issue that people and politicians are able to ignore. It puts the survival of humanity and our human rights at peril. But it seems that some people – especially my generation, the so-called Gen Z (aged 7-22) – see this more clearly than others.

None more so than 16-year-old Greta Thunberg who, taking inspiration from other young people in the March for Our Lives movement for gun control in America, created a youth movement for climate action.

Young people are often dismissed as inactive by older generations who see our obsession with mobile devices and social media sites as a sign of lassitude. But Generation Z are using technology to mobilize and we are shifting perceptions of young people.

Growing up with instant access to information the Internet has to offer, Generation Z stands to be the most well-informed generation ever. Equipped with instant messaging and mobile phones, mass mobilisation of youth for causes we care about is now easier than ever. An army of young people can rally behind the cause of climate change through the tap of a button and co-ordinate themselves to engage in acts of civil disobedience, such as peacefully demonstrating and occupying.

Just as past generations have done for the crucial causes of their times, Generation Z is taking to the streets to demand change for issues they care about – with a twist. Their tactical deployment of social media is making action accessible to all.

It is sad that the responsibility for saving our climate from breakdown has fallen on schoolchildren, but it’s a responsibility that we are willing to shoulder.

At the protest last month while blocking Westminster Bridge, a policeman taunted us, saying: “One criminal record and that’s it. Your future is finished.” But without a stable climate, our future will be finished. I would rather have a criminal record than be complicit in its destruction. Climate change is an issue that affects everyone and especially the youngest among us. Maybe we will apologize for making you late for work, when you say sorry for ruining our future.

As Greta Thunberg recently said: “We can’t save the world by playing by the rules because the rules have to be changed.”

James Mair is a 15-year-old school boy. He is a member of Amnesty International