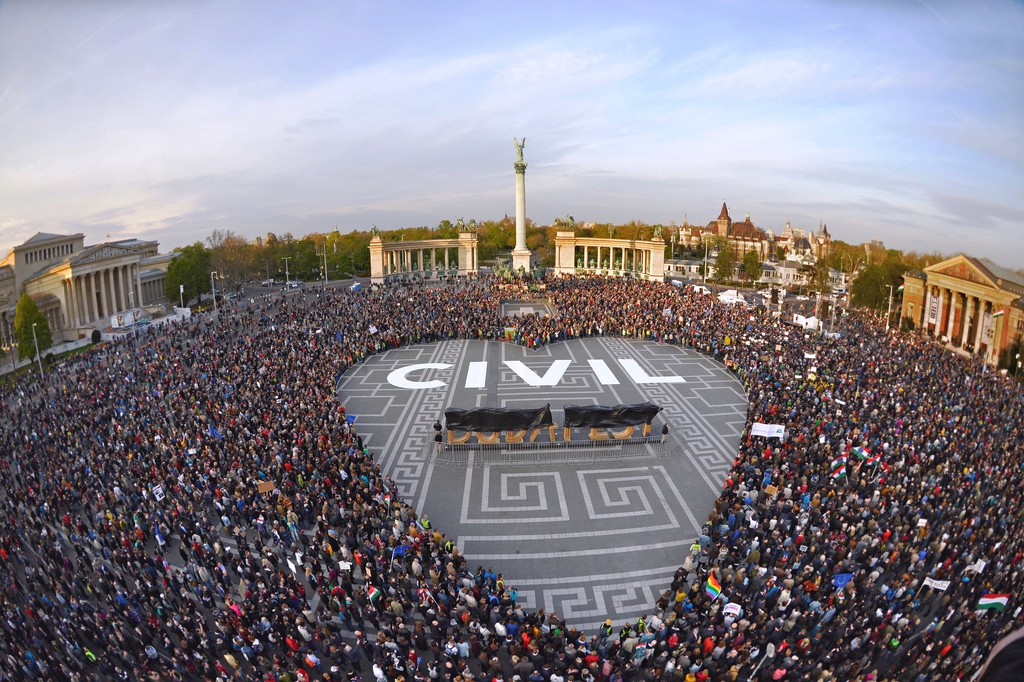 A new bill which would penalise NGOs that support migration is a deeply disturbing and unjustified assault on civil society, said Amnesty International. Failure to meet the requirements would lead to fines, suspension or even the dissolution of NGOs working on migration. The legislative package tabled to Parliament last night requires national security clearance and a government permit for NGOs that “support migration”.

“Thinly disguised attempts to stigmatise certain NGOs have now morphed into a full frontal assault which threatens the very existence of organisations doing crucial work in Hungary, including Amnesty International. This law would give the government carte blanche to target NGOs on the flimsiest of pretexts. In reality, these proposals have nothing to do with protecting national security or borders, and everything with muzzling those who work to assist people in need and dare to raise their voices,” said Colm O’Gorman, Executive Director of Amnesty International Ireland.

Under this legislation, the Hungarian Government would ‘identify’ NGOs which it deems are ‘supporting migration’. The law would require NGOs to obtain the authorisation of the Minister of Interior to perform their basic functions. This work includes campaigning, ‘influencing courts’, preparing information materials, organising networks and recruiting volunteers with the goal of sponsoring, organising or otherwise supporting the entry and stay of people seeking international protection. The Minister of the Interior would then involve national security services for security clearance. This procedure may take up to nine months.

The proposed new law would require organisations to pay a tax of 25% of any foreign funding aimed at ‘supporting migration’. If they fail to do so they would be subjected to steps so serious that they could lead to exorbitant fines, bankruptcy, and the dissolving of the NGO involved. The proposals contravene Hungary’s obligations under international law to protect the right to freedom of association, expression and movement.

“We call on Hungary to withdraw this bill, and it is high time for EU leaders, who have watched on the side-lines as Hungary crossed red line after red line, to finally take concrete action to stop this assault on civil society. We will resist this discriminatory and damaging law at every level, from the streets to the courts, in Hungary and beyond,” said Colm O’Gorman.

It is as yet unclear if the law will follow a normal or expedited procedure. A more detailed analysis will be made available on the Amnesty International website.

The definition of organisations covered under this law reads as follows (unofficial translation): ‘According to this law those associations and foundations qualify as organisations supporting migration that are registered in Hungary and which sponsor, organise or in other way support the entry or stay of such third country nationals who seek international protection and coming from a safe third country.’

Provisions of the law related to national security would require two thirds of the Parliament to vote in favour of it.

If an organisation does not receive approval and continues their work, then they face three procedural steps:

The new draft comes after the Law on the Transparency of Organisations Funded from Abroad entered into force in June 2017. That law mandated that organisations who receive funding from outside Hungary register with the authorities and included provision for fines and criminal sanctions for those who failed to comply. After the adoption several NGOs – including Amnesty International Hungary – announced that they would not comply with it.