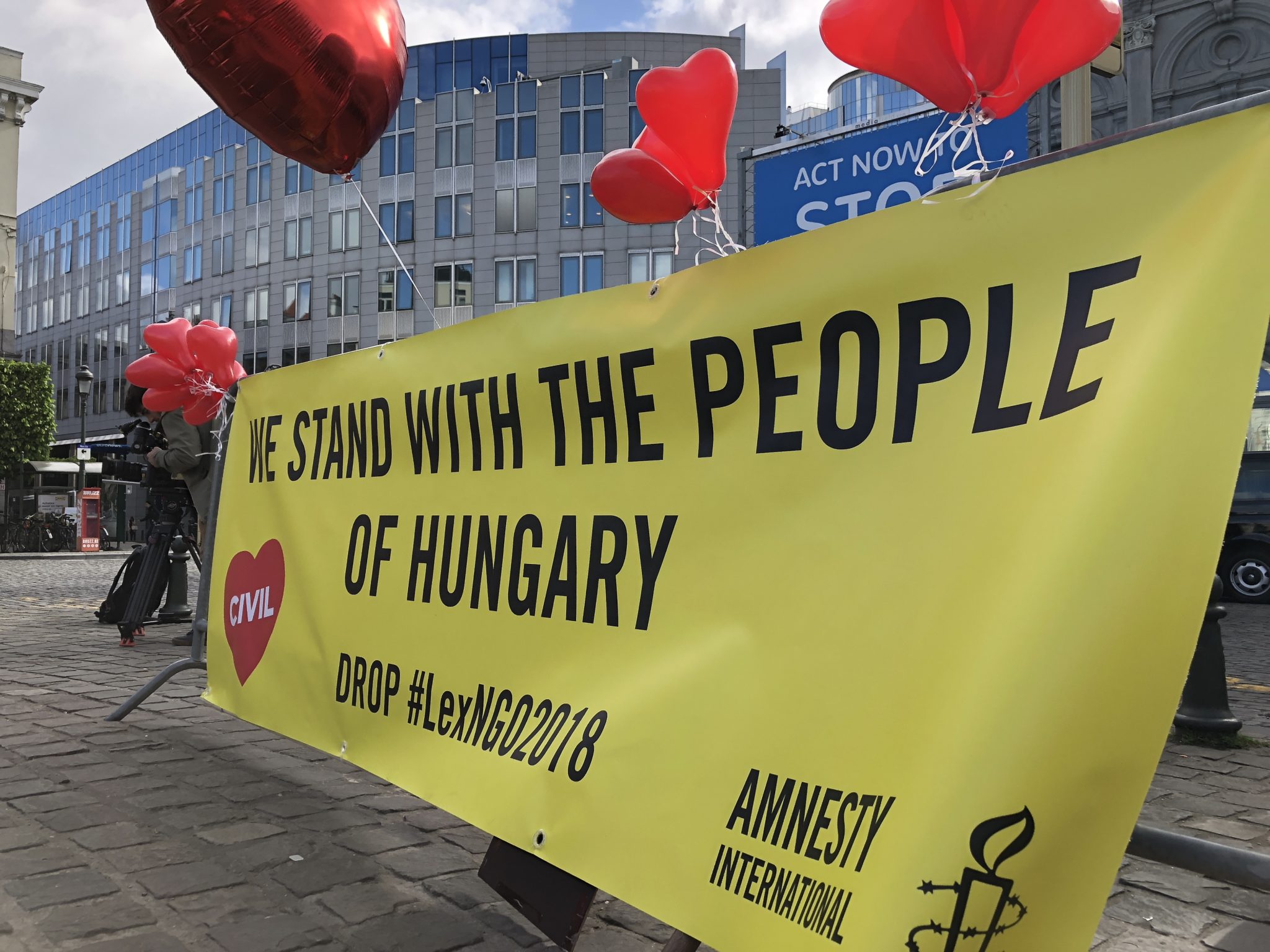 Hungary: LexNGO finally repealed but a new threat is on the horizon

The Hungarian Parliament today has finally repealed ‘LexNGO’ from 2017, the law that stigmatized and hindered the work of civil society in Hungary. Worryingly, at the same time it introduced new measures that threaten the work of the NGOs. Responding to today’s development, the Director of Amnesty International Hungary, Dávid Vig, said:

”Today is a big day because we have proven that through resilience and perseverance we can make a difference. We have fought against the smear campaigns for years together with other NGOs in Hungary, and finally today we witness the withdrawal of the law that should have never been adopted at the first place.

The withdrawal comes more than 10 months after the European Court of Justice’s ECJ decision that he Hungarian NGO law breached European Union laws on the freedom movement of capital as well as fundamental EU right on the respect of private life, protection of data and freedom of association.

”Unfortunately we cannot sit back: the new measures pose a fresh challenge. We are worried that the newly introduced amendments could empower the State Audit Office to selectively audit certain NGOs and impose an unnecessary administrative burden on them to make their work as difficult as possible. We are particularly worried that those will be imposed on NGOs who are critical of the government.

“NGOs in Hungary are already required to operate transparently, so we are afraid that this is a new attempt to stigmatize and crush critical organisations. We are still committed to fight against any law or measure that endangers the essential work of civil society and call on the government to guarantee an environment where NGOs can freely and independently carry out their essential work.”

The law, which was submitted and adopted without any prior consultation, requires the State Audit Office to annually report on the financial status of NGOs which ’influence the public’ and potentially empowers the authority to selectively audit them. The law also discriminates against specific NGOs, as religious, sport and national minority organisations are exempt.