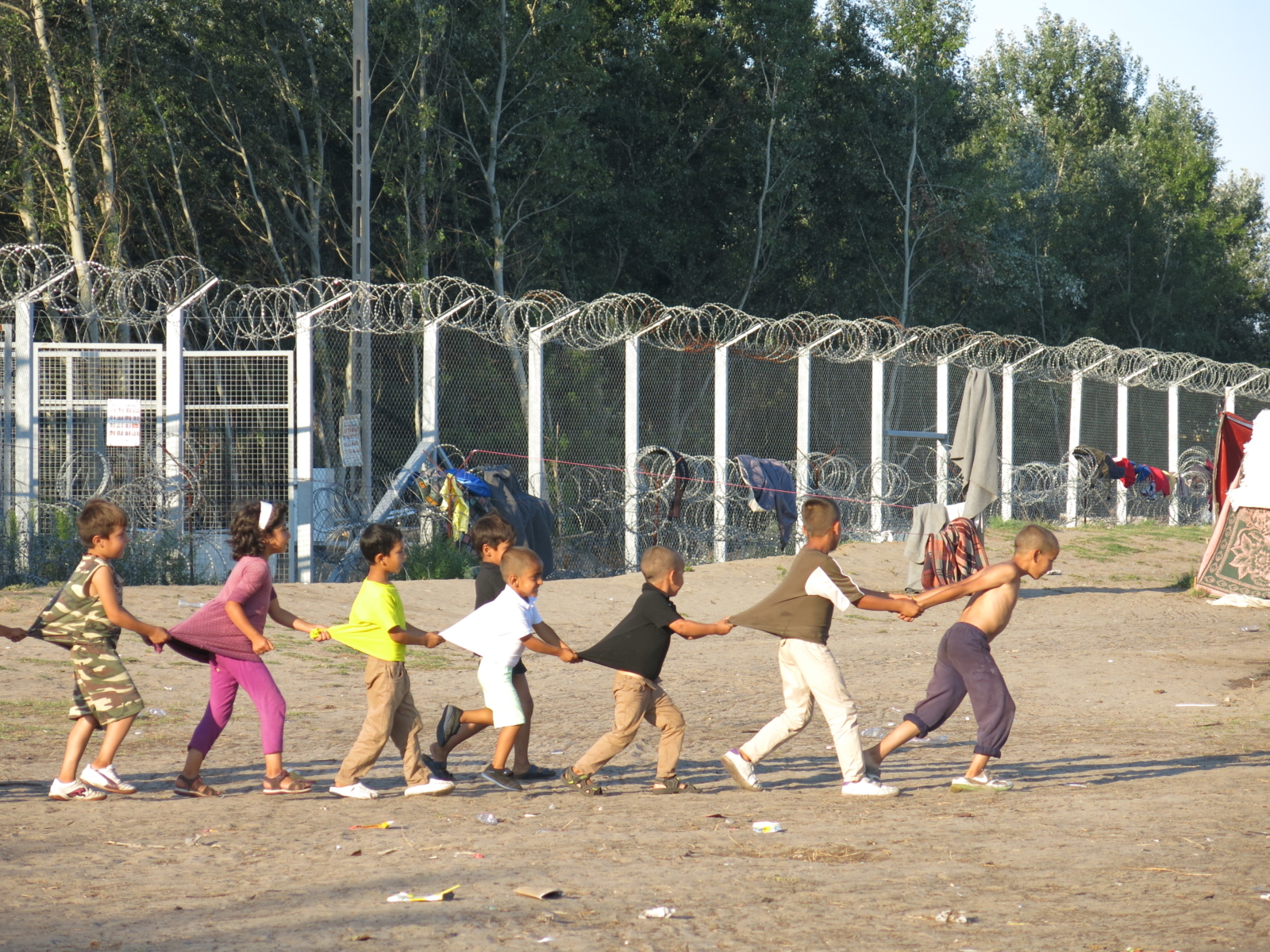 Thousands of asylum-seekers – including unaccompanied children – are suffering violent abuse, illegal push backs and unlawful detention at the hands of Hungary’s authorities and a system blatantly designed to deter them, Amnesty International has revealed in a new report.

Stranded hope: Hungary’s sustained attack on the rights of refugees and migrants, published against the backdrop of the toxic referendum campaign on refugee quotas, finds hundreds of asylum-seekers are left waiting for months in degrading conditions. Many of those who manage to get into Hungary are pushed back to Serbia or detained unlawfully in detention centres.

“Prime Minister Orbán has replaced the rule of law with the rule of fear. His attempts to deliberately prevent refugees and migrants from reaching Hungary have been accompanied by an ever more disturbing pattern of attacks on them and the international safeguards designed to protect them,” said Colm O’Gorman, Executive Director of Amnesty International Ireland.

“Appalling treatment and labyrinthine asylum procedures are a cynical ploy to deter asylum-seekers from Hungary’s ever more militarized borders. Against the backdrop of a toxic referendum campaign, poisonous anti-refugee rhetoric is reaching fever pitch.”

The report is based on research conducted in Serbia, Hungary and Austria and interviews with 143 people, the vast majority of whom were refugees and migrants. Their testimonies reveal shocking conditions facing those who attempt to enter and travel through Hungary, a country where irregular entries have been criminalised and the right to seek asylum is extremely restricted.

In September 2015 Hungary finished the construction of a vast fence along its border with Serbia (extended later to Croatia) and passed a law to fast track asylum claims. “Transit zones” – metal containers for processing claims and detaining admitted asylum-seekers – were opened at two border crossings. In total only 30 people are admitted to these zones to seek asylum each day leaving hundreds to languish in degrading conditions on the border or in overcrowded centres in Serbia. At the time of Amnesty International’s visit to the Hungarian-Serbian border, more than 600 people were staying in makeshift camps, many for months on end.

One asylum seeker at Horgoš camp whose elderly wife had to be carried for much of the journey from Afghanistan, told Amnesty International: “We’ve been here for 22 days and it’s not like we are crossing tomorrow.” Another asylum-seeker who had been at the same camp for 18 days said: “We run from war, we run from pain. So why do people at the border treat us like animals?”

With the formal process extremely restricted, some asylum seekers attempt to cross the border irregularly to Hungary. A law, passed in June 2016, allows immediate returns to Serbia of asylum seekers found up to 8km from the border fence in Hungarian territory. Those apprehended are unlawfully “pushed back” without any consideration of their needs for protection or particular vulnerabilities. Since this new law has been in place official statistics suggest the new push-back practice has largely replaced the formal criminal procedures for irregular entry.

Some of those interviewed told Amnesty International that excessive force was used during these push backs with asylum seekers being beaten, kicked and chased by dogs.

An unaccompanied 17 year-old boy described how he was caught by police about 10km into Hungary. “One man in the group was kicked in the foot so his foot broke.”

Asylum-seekers who pass through the “transit zones” successfully are taken to either closed or open asylum accommodation centres where conditions are dire. The centres lack basic services, barely provide education and activities for children or healthcare. Amnesty International also found evidence that some unaccompanied children are housed with adult men.

Dentition is routine and at the time of the research, almost 60% of the twelve hundred registered asylum-seekers in Hungary were in asylum detention. One asylum-seeker from Afghanistan told Amnesty International: “When I came, I thought, Hungary is Europe, maybe it will be OK. But I realise that they hate us here.”

Despite repeated requests, Amnesty International was not allowed to visit Kiskunhalas asylum detention centre. However, the organization interviewed several former detainees who reported beatings and threats of violence by the police and security guards there. One Afghan asylum seeker told Amnesty International that he knew of around thirty people who were beaten during the four months he was held there. A Palestinian asylum seeker who was beaten in Kiskunhalas said: “The police and security guards know there are lots of cameras, so they push you away to a place where this can’t be seen.”

In December 2015, the scale of the suffering of refugees and asylum-seekers at Hungary’s borders and in-country and the country’s updated asylum legislation triggered the opening of an infringement procedure by the European Commission. These proceedings are yet to be concluded.

“Rather than being shamed by the exposure of Hungary’s flagrant breaches of international law, Prime Minister Orbán proudly extols them as an example for other countries to follow. Allowing this to go unchallenged will result in further misery for vulnerable people fleeing conflict,” said Colm O’Gorman, Executive Director of Amnesty International Ireland.

“European leaders need to get organized not ‘Orbánized’. Their failure to robustly challenge Hungary’s breaches of EU law will strengthen the hand of xenophobes and populists and could result in a serious structural threat to the rule of law and respect for human rights.”

Change starts with these three words: I welcome refugees