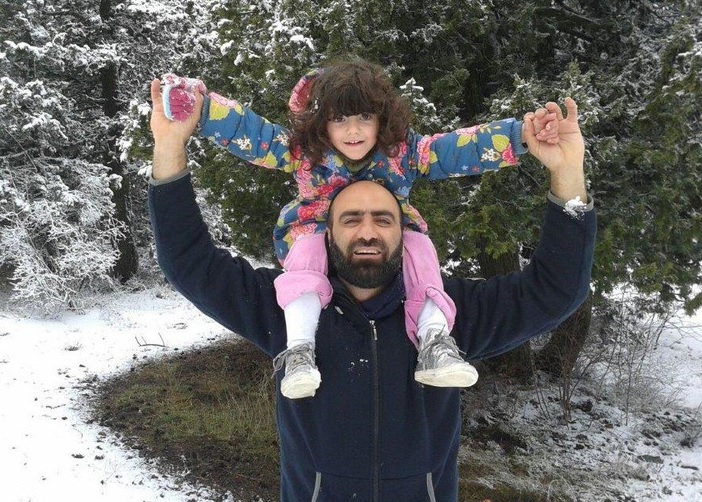 Ahead of tomorrow’s appeal court decision in the case against Ahmed H, a Syrian man sentenced to seven years in prison following clashes with Hungarian border police in 2015, Amnesty International delivered a petition demanding his release and signed by more than 100,000 people, to the Ministry of Justice.

Marking the third anniversary of Ahmed’s detention on charges of being “complicit in an act of terror”, a 15-metre high animation was also beamed onto the side of the Ministry in the historic centre of Budapest.

“The trial of Ahmed H is a test case for Hungary’s so-called ‘illiberal democracy’ and exposes the way in which migrants and refugees are vilified, counter-terrorism laws are misused and the authorities ride roughshod over human rights,” said Eda Seyhan, Amnesty International’s Counter-Terrorism Campaigner.

“Just days after the European Parliament voted to take action against the Orbán government for its flagrant abuses of human rights, this case provides Hungary with an opportunity to demonstrate its willingness to change its path.”

Ahmed was arrested and imprisoned following an incident at the Serbia-Hungary border in September 2015 where he admitted to throwing a few stones. He had left his home in Cyprus where he was an EU resident, to help his elderly parents and other family members flee from Syria to find safety in Europe.

On 30 November 2016, Ahmed was convicted of committing “an act of terror” by a Hungarian court under Hungary’s overly broad and vague anti-terrorism law. Following an appeal, a retrial was ordered in which he was again convicted despite a glaring lack of evidence to substantiate the terrorism charge. His case has become internationally recognised as an example of Hungary’s draconian counter-terrorism laws and crackdown on migrants and refugees.

On 12 September, the European Parliament voted to trigger EU action against Hungary’s increasingly repressive policies, which are eroding fundamental rights, freedoms and the rule of law.
Ahmed H’s wife, Nadia, said she hoped the Hungarian authorities would heed the call for Ahmed to be released.

“Ahmed has been defamed and dehumanized, but he has continued to stay strong. The only just outcome is for Ahmed to win this appeal and to be released immediately and unconditionally,” said Nadia.

“Ahmed is my life, my joy, my husband, my best friend. I want to see my children with their father again. I want my husband back. I want my family together.”