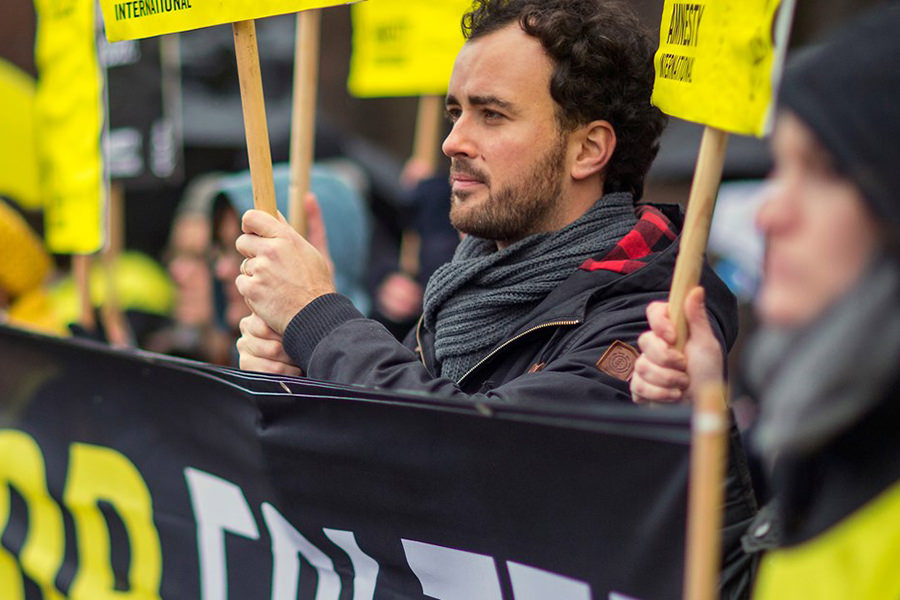 Human rights must be at the core of Irish-Vietnamese relations

President Higgins is currently in Viet Nam, becoming the first Irish President to undertake a state visit to the country. His visit comes in the wake of visits earlier this year of US President Barack Obama and French President Francois Hollande.

In a speech in Ha Noi on Monday, President Higgins outlined the two countries’ shared historical experiences, overcoming famine and achieving independence after years of colonialism. President Higgins observed the fact that both countries, in the midst of their independence struggles, were excluded from the Paris Peace Conference in 1919 which had purported to offer self-determination and independence to colonialised people around the world.

President Higgins’ speech was delivered a day after the arrest of Luu Van Vinh, the founder of a group called, as it happens, the Vietnamese Coalition for Self-Determination, which advocates political reform  and calls for important decisions in the country to be subjected to the will of the people, through referenda. He has been charged with “carrying out activities aimed at overthrowing the people’s adminstration” under Article 79 of the Penal Code, a charge which carries a sentence of between five years and life imprisonment, or the death penalty.

The coincidence in the name of the group and the focus of President Higgins’ speech is just that, a coincidence, but Vinh’s situation underscores the risks that human rights and political actors face in Viet Nam and highlight the ruthlessness of the government’s response to peaceful activism.

Vinh, like so many other activists in Viet Nam, has been engaged in peaceful advocacy relating to an environmental disaster that has gripped Viet Nam since April 2016, when huge fish stocks all along the central coast died, impoverishing fishing communities that are reliant on the sea for its livelihood and wellbeing.

In June, at a government press conference, blame for disaster was laid at the door of Formosa Plastic Groups, a Taiwanese company that owns a steel plant which is said to have run waste directly into the sea. Formosa has apologised and pledged to pay USD500 million in compensation to those affected.

Calls for transparency and accountability have continued however, with large numbers of demonstrations taking place throughout the country, a rarity in a country as closely controlled as Viet Nam.

The authorities response has been characteristically brutal; demonstrators have been violently dispersed, arrested and tortured. In recent days, the arrest of Vinh and others, indicate that the authorities have scaled up their crackdown and are trying to put an end to activism related to the disaster.  Two days before Vinh was arrested, a blogger – Dr. Ho Van Hai – was detained and charged with “spreading propaganda against the state” after posting articles relating to the disaster. He faces up to 20 years in prison.

The crackdown is not limited to arrests and prosecutions. Those involved in organising peaceful demonstrations are subject to constant surveillance, followed wherever they go and subjected to further harassment and intimidation. Several activists have received deaths threats and others have been beaten up in broad daylight by individuals in plain clothes known or believed to be working for the police.

President Higgins closed his speech on Monday by toasting the friendship between the Irish and the Vietnamese people and outlining his hope that his visit will set the framework for deeper relations between the two countries. It is incumbent on the President that he makes it clear to his Vietnamese counterparts, that the core of that framework must be the respect for the human rights of the Vietnamese and Irish peoples.