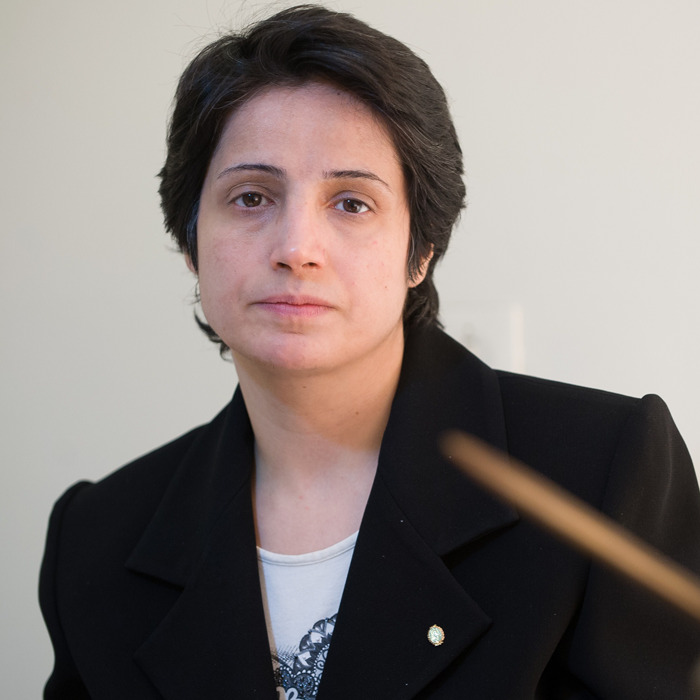 Nasrin Sotoudeh has gone on hunger strike to call for release of HRDs in the wake of COVID 19.

On 11 August, Reza Khandan, Nasrin Sotoudeh’s husband, posted on Facebook that Nasrin Sotoudeh had gone on hunger strike to “demand the release of political prisoners in Iran”.

The post included the following statement from Nasrin Sotoudeh:

In the midst of the coronavirus crisis which has engulfed Iran and the world, the conditions of political prisoners have become so difficult and arduous that their continued detention is impossible under these oppressive conditions.

The case of political [prisoner] convicts are based on unbelievable charges of espionage, spreading corruption on earth, acting against national security, corruption and prostitution, and forming illegal groups on Telegram channels, charges which can carry ten years of imprisonment or the death sentence.

Many defendants, from the beginning of the formation of the case until the verdict is issued, are denied access to an independent lawyer or [the ability] to freely communicate with their own lawyer.

Judges of the Revolutionary Court recklessly and repeatedly state to political [prisoner] defendants that they issue verdicts solely based on reports from intelligence and security agencies, and the interrogator tells the defendant the verdict upon their arrest.

Lawyers who express anger with the judges of the Revolutionary Court are sent to prison. Defendants who have faced unbelievably serious charges are given the maximum sentence, and some cases, even more than the maximum sentence. Then a political prisoner who has been issued with their sentence under such unjust conditions will sit in disbelief hoping for a legal path forward.

Courts of appeal, parole, suspension of punishment and postponement of sentences, as well as a new law which emphasises issuing a minimal sentence has been promised, but in extrajudicial proceedings the exercise of all these legal rights is left to the discretion of the interrogators and so the last doors left for political prisoners are closed.

Many of these prisoners are now eligible for parole, and many would be released through implementation of the new law, but prisoners are still treated as if there was no such law and that they have no right to such legal opportunities. Prisoners’ pleas seeking viable legal paths have been left unanswered.

For all the pleas left unanswered and for the demand of the release of political prisoners, I will go on hunger strike.

In the hope of the establishment of justice in my country, Iran.

Call for her release.