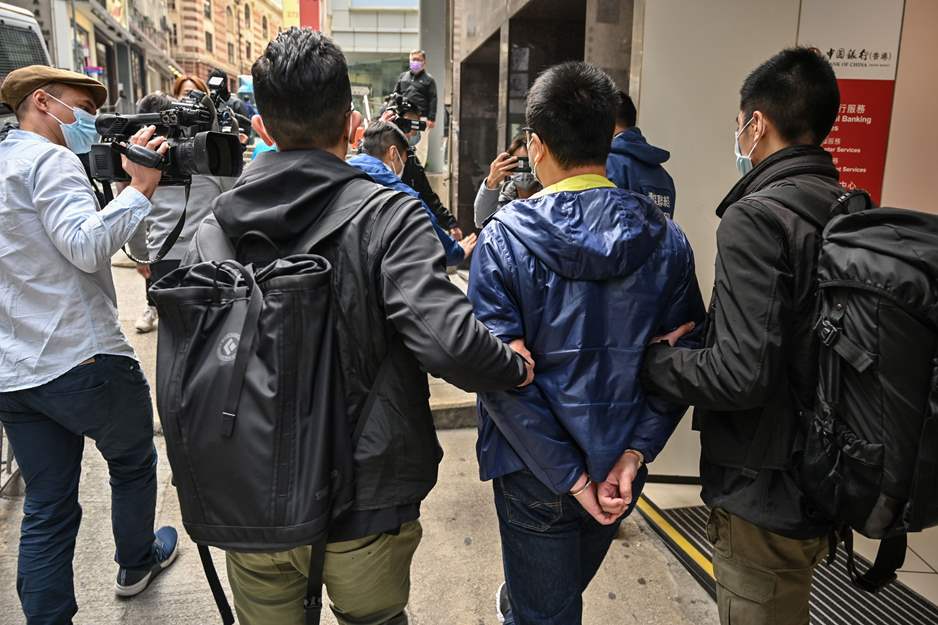 “This shocking crackdown on Hong Kong’s political opposition – sweeping up candidates, activists and pollsters alike – is the starkest demonstration yet of how the national security law has been weaponized to punish anyone who dares to challenge the establishment.

“This ruthless legislation gives the Beijing and Hong Kong authorities free rein to crush any dissenting views and puts all government critics at risk of imprisonment. Today’s arrests also illustrate how the broad scope of the law allows it to be applied in circumstances that do not qualify as genuine threats to national security.

“Charging dozens of pro-democracy lawmakers and activists with ‘subversion’, just because they held their own informal primary contest, is a blatant attack on their rights to peaceful expression and association. People have a legitimate right to take part in public affairs. Political opposition should not be silenced just because the authorities don’t like it.

“The Hong Kong government must stop this dangerous practice of treating critics as criminals and threats to national security. Unless there is evidence that those arrested today have committed an internationally recognized criminal offence, they should be immediately released.”

According to media reports and social media posts, they were charged with “subversion” over their organisation and participation in a self-proclaimed primary for last year’s Legislative Council election, which was later postponed over COVID-19 fears.

Among the arrested were several former lawmakers and district councillors, organiser of the primaries Benny Tai and American lawyer John Clancey, who was treasurer for one of the organisers. Also arrested was Robert Chung, executive director of the Hong Kong Public Opinion Research Institute (PORI), which provided the technology to carry out the poll.

The home of jailed activist Joshua Wong was also raided by police, according to his Twitter account, while newspapers Apple Daily and the Stand were visited by police seeking contact information of primary candidates.

The democratic camp conducted a poll last July to narrow the final list of pro-democracy candidates to run in the official legislative polls. They aimed to secure a majority in the Legislative Council by winning more than 35 seats.

At the time, the Hong Kong Chief Executive Carrie Lam said the polls were illegal and warned that they could be in breach of the national security law, which had been enacted weeks earlier.