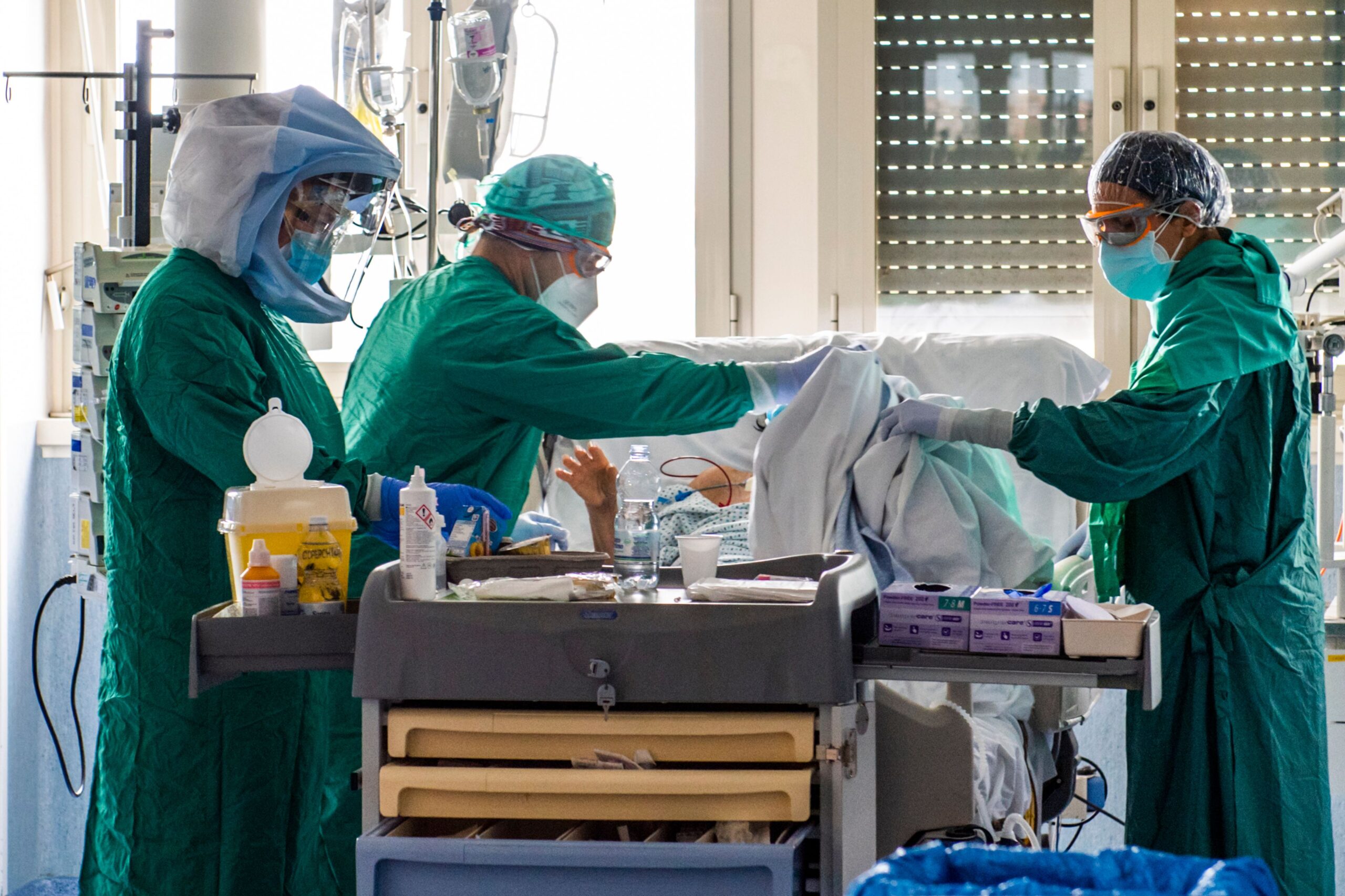 At least 17,000 health workers have died from COVID-19 over the last year, said Amnesty International, Public Services International (PSI) and UNI Global Union in a new analysis, as the organisations called for urgent action to speed up the vaccination of millions of frontline health workers around the world.

The grave warning came as global inequalities in vaccine access continued to widen. More than half the world’s doses have so far been administered in just 10 rich countries, making up less than 10% of the world’s population, while over 100 countries are yet to vaccinate a single person. With many poorer countries due to receive their first batches of vaccines in the coming weeks and months, the organisations called on governments to include all frontline health workers in their distribution plans – including those often ignored in the pandemic such as cleaners, community health workers and social care workers – in order to save lives and provide safe working conditions.

“For one health worker to die from COVID-19 every 30 minutes is both a tragedy and an injustice. Health workers all over the world have put their lives on the line to try and keep people safe from COVID-19, yet far too many have been left unprotected and paid the ultimate price,” said Steve Cockburn, Head of Economic and Social Justice at Amnesty International.

“Governments must ensure all health workers, everywhere, are protected from COVID-19. Having risked their lives throughout the pandemic, it’s time they were prioritised for life-saving vaccines. Urgent action must be taken to close the huge global inequalities in vaccine access, so a community health worker in Peru is protected as much as a doctor in the UK.”

The organisations analysed available data published by governments, unions, media and civil society organisations in over 70 countries. However, these figures are likely to be a significant underestimate, given that many governments have not collected official data, or have done so only partially.

Unsafe working conditions and a lack of personal protective equipment (PPE) have caused huge problems for health workers worldwide throughout the pandemic, especially in the early phases. A report by Amnesty International in July 2020 found shortages in adequate PPE in almost every one of the 63 countries monitored. Some groups were particularly neglected and in countries, including Malaysia, Mexico and the USA, cleaners, auxiliary staff and social care workers faced reprisals including dismissal and arrest after demanding PPE and safe working conditions.

In a significant number of countries, the neglect of care workers has been a consistent feature of the pandemic. At least 1,576 nursing home staff have so far died from COVID-19 in the USA. In the UK, 494 social care workers died in 2020, and government data shows that those working in nursing homes and community care were more than three times as likely to have died from COVID-19 as the general working population.

A recent report by UNICARE, a sector of UNI Global Union, highlighted how social care staff working in multiple settings, on temporary agency contracts, and in facilities with lower staff-to-bed ratios had higher rates of infection and death.

“These deaths are horrific, catastrophic, and reflect only a fraction of the pandemic’s real costs to care workers around the world. A virus does not differentiate between a surgeon and a nursing home worker or home care assistant, and neither should our approach to vaccinations, protective equipment, and safety protocols for care workers exposed to COVID-19,” said Christy Hoffman, General Secretary of UNI Global Union.

“Our response to COVID-19 must spur fundamental changes in care, otherwise it will replicate the inequalities that have put so many lives needlessly at risk.”

While highly exposed health workers have been prioritised for vaccination in most countries’ national allocation plans, the global inequalities in vaccine access mean that not a single health worker has received a vaccine in over 100 countries.

At the same time, health workers in some countries that have begun vaccination programmes are at risk of missing out on prioritisation, or being forced to wait, either because of a lack of supply, problems in implementation, or narrow definitions of what constitutes a health worker.

In Europe, health workers have generally been prioritised in national plans, though supply challenges have slowed the pace of roll-out. In some countries, unions and employers also had to advocate for home care workers to be formally defined as health workers so they could be included in the first groups prioritised for vaccination.

In countries including Brazil and Peru, where the vaccination of health workers began in January and February respectively, health workers’ organisations reported that in some settings administrative staff and management have been vaccinated ahead of frontline staff. In Peru, some hospital cleaners and sanitation staff are also not being provided with vaccines, despite being exposed to the virus.

In South Africa, where over 492 health workers died in 2020, the government has recently begun to vaccinate some health workers as part of a trial of the Johnson and Johnson vaccine, and will receive further supplies in the coming months, though initial plans were hampered by the suspension of the use of the Oxford/AstraZeneca vaccine. In February, the Democratic Nursing Organisation of South Africa (DENOSA) called on the government to ensure rural nurses were fully included in the vaccine rollout, after being neglected in the roll out of PPE.

It is imperative that governments prioritise all frontline health workers in their vaccine allocation plans. In support of the People’s Vaccine campaign, Amnesty International, Public Services International (PSI) and UNI Global Union are also calling on governments to take urgent measures to boost global vaccine supplies by investing in manufacturing capacity and ensuring vaccine producers share their technologies and knowledge, to ensure everyone has a shot at a vaccine.

“A key way to speed up vaccination and prevent further needless deaths of frontline workers is through a WTO waiver on patents, backed with grants for poorer countries that might still not be able to procure cheaper vaccines that will come with this,” said Rosa Pavanelli, General Secretary of PSI.

“All governments must be able to acquire and administer COVID-19 vaccines for us and our communities as soon as possible. Health workers will only truly be safe once everyone is safe.”