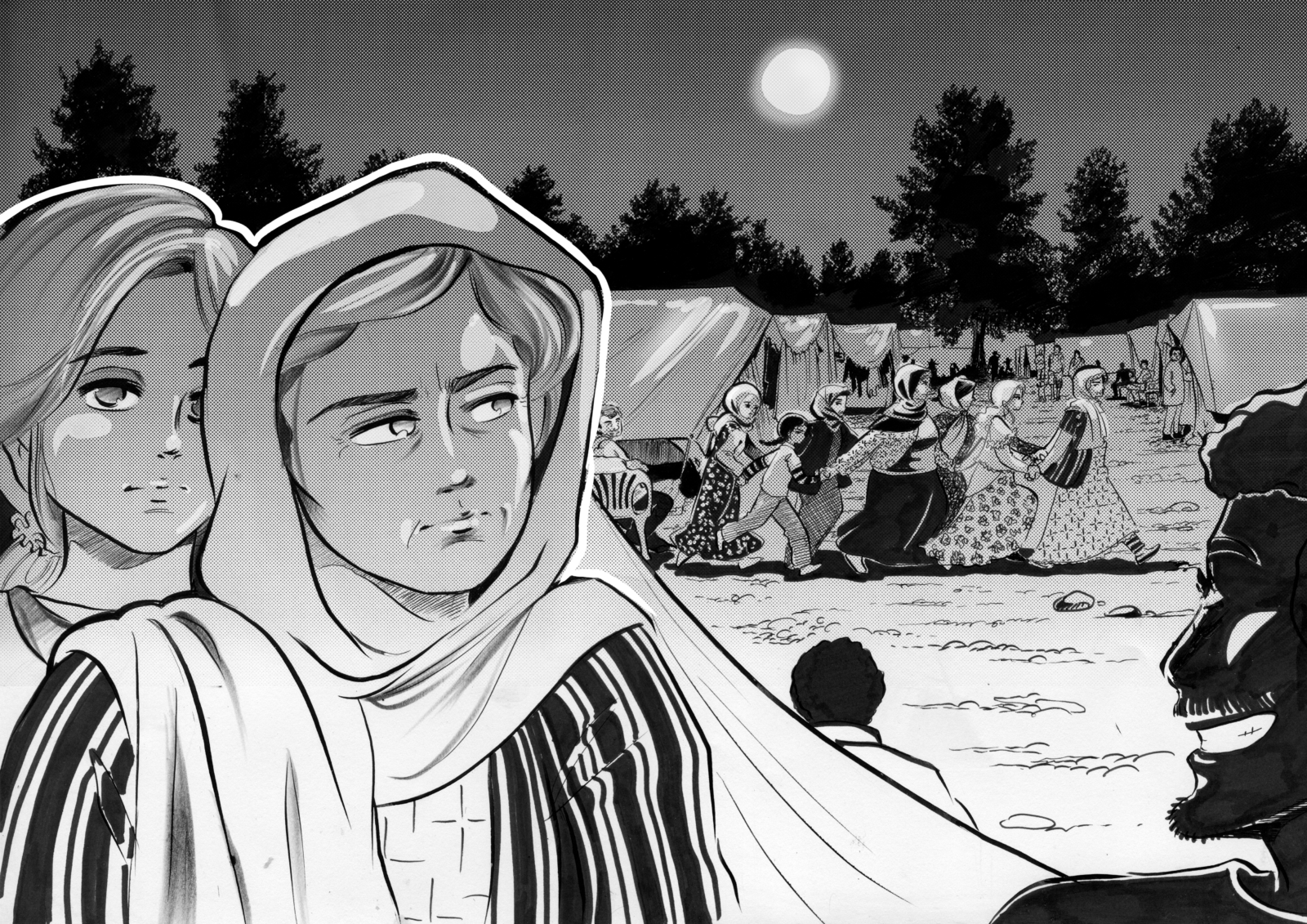 Greece: Refugee women coping with fear and violence in the camps

Refugee women living in camps in Greece are feeling unsafe but have no protection or reporting mechanisms in case of harassment and gender-based violence.

Approximately 60,000 refugees and migrants are stranded in Greece. The majority live in appalling conditions, sleeping on floors for months on end. Insecurity is a constant factor in their daily lives, even down to getting adequate food. This year, more than a fifth of refugees and asylum-seeker arrivals in Greece have been women. The appalling conditions and uncertainty over the future are fuelling tensions that have erupted into violence in a number of the Greek refugee camps. Women and men alike often don’t feel safe in the camps. Fights break out at night or in the food queues or and the police do little to protect anyone.

Safety is a particular concern for women and girls in many of these camps. Many women are too scared to even use the toilet at night. “We stay in groups and only go to sleep when we are really tired. In the night, we don’t leave our tents and our children are forced to go to the toilet inside,” said a woman with a six-year-old- girl stranded in the Greek islands. In addition to poor lighting and a lack of safe or separate toilets and showers in the camps, there aren’t any mechanisms to report sexual harassment or to protect refugee women and girls facing gender-based violence.

In July Amnesty International interviewed several Yezidi women in Nea Kavala camp, Northern Greece. They had fled attacks by Islamic State (IS) against minority communities across northern Iraq in which women and girls were tortured, raped and subjected to forced marriage or sexual slavery.

Struggling to survive, they crossed mountains and borders but found only misery in camps in Turkey. They continued their journey in search of protection, forced to pay smugglers to cross the Aegean Sea, only to find themselves trapped in Greece, in appalling conditions. In the absence of state protection in the camp, the women responded by forming a “protection circle” so that they could accompany each other to the toilet.

“We don’t feel safe in the camp. We don’t use the showers in the camp. We have built instead a Hammam next to our tents.” said Kurtey, a Yezidi woman whose house was destroyed by IS and had to run away.

Two years after IS drove them from their homes, the Yezidi women, here on European soil they await the day that they can be reunited with their families or relocated elsewhere in Europe and a time when they can finally feel safe again.