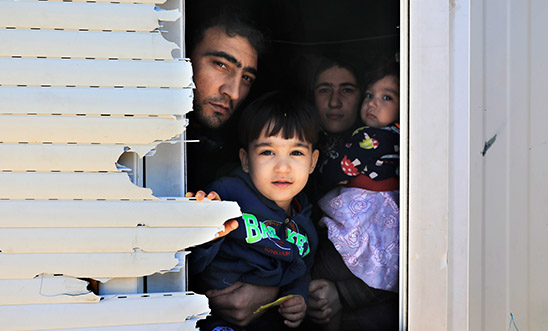 Greece: Hundreds left overcrowded Moria camp following fighting that took place on 25 May between some of the residents

Organisations working on the ground in Lesvos report that several were injured and hundreds of refugees and migrants left Moria camp over the weekend fearing for their security after the fighting on 25 May.

On 25 May, Greek authorities reported that there were 7,300 refugees and migrants staying in Moria camp on Lesvos, which has a capacity of 3,000. Recent fights within the camp once again demonstrate that the situation is not only untenable but also dangerous.

“Hundreds of people were displaced from Moria camp after the latest fights on Friday, including families with small children. Unacceptable conditions in the camps on the islands and uncertainty lead to frustrations. Overcrowding adds to these and ignite tensions,” said Colm O’Gorman, Executive Director of Amnesty International Ireland.

“Locals and civil society organisations have been trying to respond to the emergency without rest; providing shelter and other assistance to those who cannot go back as they fear for their safety. They are trying to fill a big gap left by the government.”

“Greek authorities are responsible for the safety and security of refugees and migrants in the camps on the islands. Their and other European countries’ insistence on keeping these people on the Greek islands to implement the EU-Turkey deal is not only condemning them to dire conditions but also putting their security and safety at risk. Asylum-seekers should not be forced to stay on the islands.”