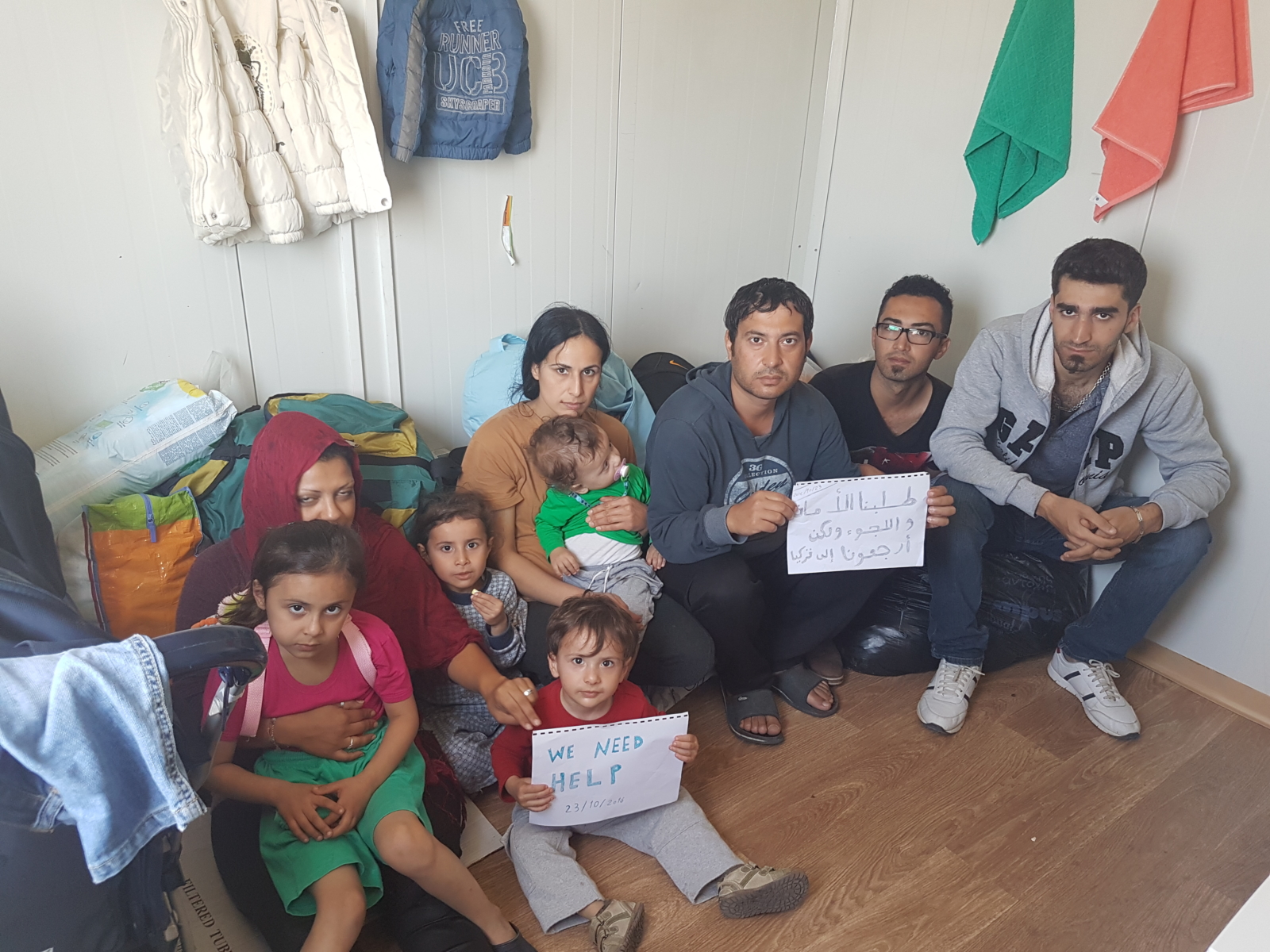 The Syrians, including four children under the age of five, were rescued in Greek waters when their boat travelling from Turkey to Italy encountered problems and they were taken to the island of Milos on 9 October. All eight registered their intention to claim asylum, but were returned to Turkey on 20 October. The refugees say they were falsely told that they were being transferred to Athens. Instead they were flown under escort of officers from the EU border agency (Frontex) to Adana, Turkey in a violation of international and EU law.

“The Greek authorities and the EU have repeatedly insisted that all Syrian refugees arriving in the country are having their asylum claims properly assessed, but the evidence we have now seen clearly strongly suggests otherwise. These refugees have been betrayed by a system which not only failed to offer them the protection to which they were entitled, but failed to consider their protection needs at all,” said John Dalhuisen, Amnesty International’s Europe Director.

Amnesty International has spoken to two members of the group of Syrian refugees, including one man who was travelling with his wife and four children. The organisation has also seen official documents recording the intention to apply for asylum for eight members of this group and is investigating two additional cases of individuals returned on the same flight.
One of them told Amnesty International: “When I saw the Turkish flag at the airport my dreams were shattered.” Another simply said: “They lied to us.”

Signed copies of documents obtained by Amnesty International confirmed that on 14 and 15 October 2016, while at Reception and Identification Centre on the Greek island of Leros, at least eight of the Syrians formally expressed their intention to seek international protection in Greece – a request that was completely ignored, in violation of Greek and international law. They say that they did not withdraw their requests nor did they ask to be sent to Turkey voluntarily.

The refugees told Amnesty International they were allowed no external contact and had no opportunity to speak to a lawyer or the UN Refugee Agency (UNHCR) during their detention at Leros police station despite several requests.

“The Greek authorities supported by Frontex, the EU border agency, have sent these Syrians, including four small children, back to Turkey without considering the risks they may face there or respecting their right to apply for asylum in Greece. This is at best incompetence, and at worst a cynical attempt by authorities, under ever-growing pressure from the European Union, to remove Syrian refugees from the country at any cost. It needs to be urgently investigated, the refugees permitted to return to Greece and their relocation to other EU member states considered,” said John Dalhuisen.

The UNHCR has also made clear that it is “seriously concerned” with these cases: http://www.unhcr.org/news/briefing/2016/10/5809e78d4/unhcr-concern-illegal-return-10-syrian-nationals-greece.html

Greece is legally obliged to perform a full risk assessment of all refugees crossing its borders to determine whether their return to Turkey would place them at risk. All asylum and returns procedures should be subject to judicial guarantees, including access to legal support for refugees and the opportunity to challenge decisions made about their asylum claims.

A vessel carrying 91 people of different nationalities, including Syrians, Afghans and Iraqis from Turkey to Italy encountered problems on 9 October and they were rescued off the Greek island of Milos. On 14 October, that group of 91 was transferred from Milos to Leros, where their full registration and identification took place and they expressed their intention to apply for international protection.

On 19 October, police removed a group of 13 people from the camp where they were staying and took them to the local police station, where they were told they would be transferred to Athens. The following morning, they were taken to the Greek island of Kos. Police refused their pleas for food, despite the presence of young children and babies in the group, and repeated their claims that they would be flown to Athens.

The refugees said they did not realize, nor were they informed, that they had been transferred to Turkey instead of Athens until after their plane had landed in Adana, where they remain in detention. In public statements, the Greek authorities have denied any wrong doing and insisted that all individuals were given the opportunity to apply for asylum on several occasions. They also point out the fact that three people did not board the plane because they requested asylum at the airport of Kos and that the procedure took place under the supervision of the office of Greek Ombudsperson.

Amnesty International has written to Greek authorities to raise concerns and request clarifications on these cases.