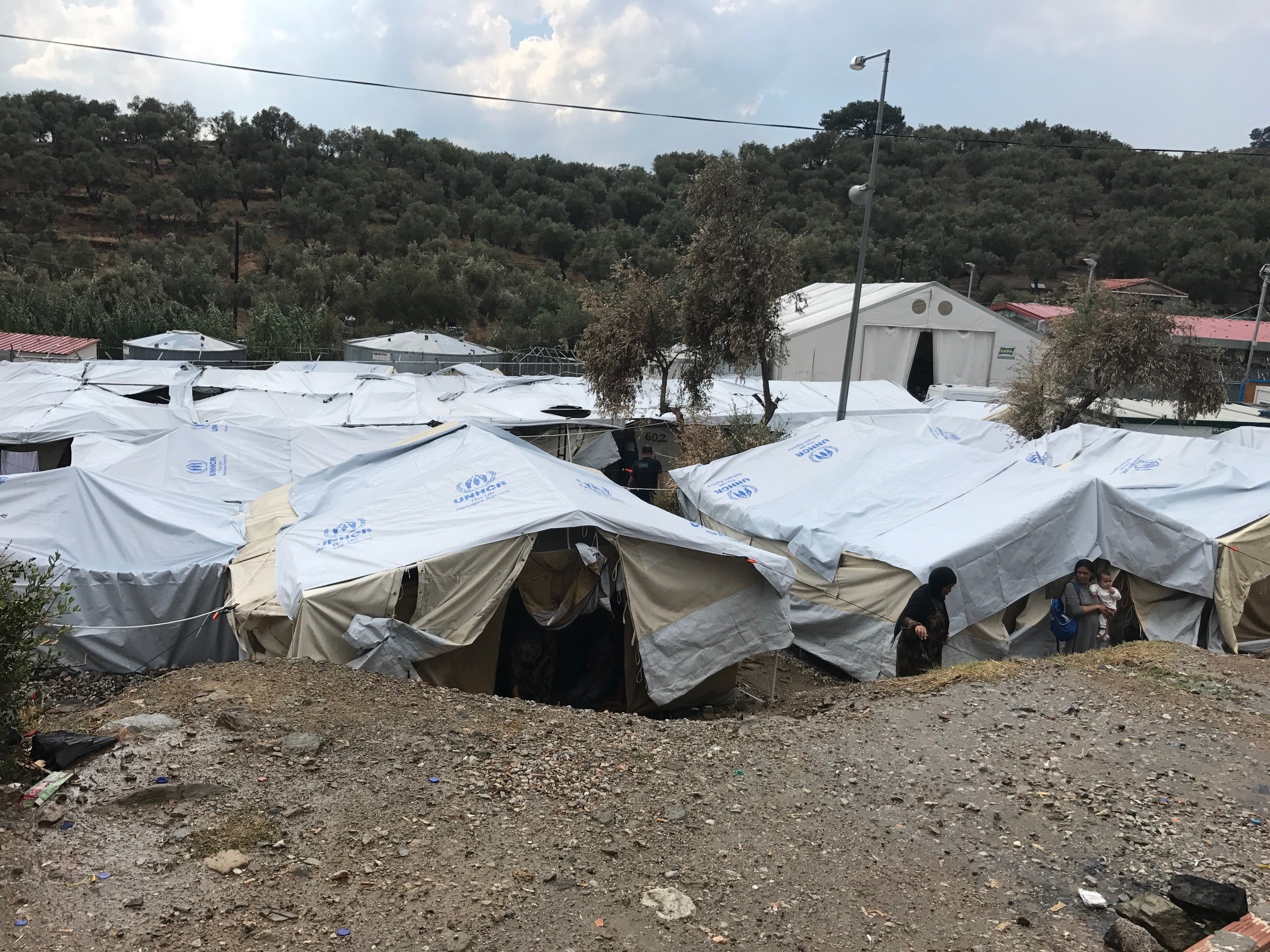 The Greek government and its European Union partners should urgently ensure that all asylum seekers on the Aegean islands are transferred to suitable accommodation on the mainland or relocated to other EU countries as winter approaches, 20 human rights and other organisations said today.

Despite the Greek government’s recent efforts to transfer asylum seekers from the islands to more suitable accommodation in the mainland, as of December 3, 2018, over 12,500 people were still living in tents and containers unsuitable for winter in five EU-sponsored camps known as hotspots on Lesbos, Samos, Chios, Kos, and Leros – almost triple their capacity. In addition to serious overcrowding, asylum seekers continue facing unsanitary and unhygienic conditions and physical violence, including violence based on gender.

The lack of basic protection measures leaves women and girls, as well as lesbian, gay, bisexual, and transgender (LGBT+) people, particularly vulnerable to sexual harassment and assault, and afraid to use site facilities including bathrooms and showers. Medical care, trauma counselling, and psychosocial – or mental health – are insufficient, as is legal counselling and support during the different stages of the asylum procedure. Mental health among asylum seekers has deteriorated amid harsh living conditions and emotional distress.

The humanitarian crisis in the hotspots is the result of Greece’s EU-backed policy of containing asylum seekers on the Aegean islands, until their asylum claims are adjudicated or until it is determined that they fall under one of the “vulnerable” categories listed under Greek law. “Vulnerable” asylum seekers are exempted from the border procedures, and they are allowed to move to the mainland. Greek authorities have periodically accelerated the transfer of “vulnerable” asylum seekers to the mainland but as of late November, an estimated 2,200 people identified as eligible for transfer are still waiting because accommodation facilities on the mainland have similarly become overcrowded during past months, amidst the ongoing lack of an EU-wide responsibility sharing mechanism. Others have fallen through the cracks of lengthy and inefficient vulnerability assessments and are confined to the dire conditions on the islands.

The containment policy was designed and justified as a means to carry out the March 2016 EU-Turkey deal that would return to Turkey asylum seekers who reached the Greek islands by crossing the sea, for their asylum claim to be processed there. The policy imposes unjustified and unnecessary suffering on asylum seekers, while unduly limiting their rights to have their case examined on its merits – as opposed to its “admissibility” – the organizations said.

Speeding up returns, a measure foreseen under the deal, would not solve the crisis on the islands. Many of those trapped on the islands are protected against return and could not be sent back to Turkey, other third countries, or their countries of origin under EU law.

Greece and other EU countries should share responsibility to provide an adequate standard of living for asylum seekers, guaranteeing their subsistence and protecting their physical and mental health throughout a fair and efficient asylum procedure. A recent pledge to move 6,000 asylum seekers to the mainland to provide them with an adequate standard of living is a first step, albeit not one that can ensure sustainability in the long-term.

Greece, with the support of EU institutions and countries, should end its inhumane containment policy and facilitate the transfer of asylum seekers from the Aegean islands. Special care should be given to the needs of children, women survivors of violence, pregnant women and new mothers, and LGBT+ people, among other groups.

European governments should be ready promptly to relocate asylum seekers from Greece and ensure their access to adequate living conditions while their asylum applications are being processed. Portugal’s recent agreement to transfer 100 asylum seekers and potentially up to 1,000 through 2019 is a positive step that other EU countries should follow.

EU governments should follow the lead of the European Parliament in reaching an agreement on a functioning and fairer EU asylum system, which supports Member States, including through a mandatory distribution mechanism; protects people in need; and enables families to reunite in the EU.

The Greek and European authorities should show genuine, humane leadership in addressing the deplorable conditions for the people trapped on the Greek islands. Women, men, and children seeking protection in Europe should be treated in accordance with their rights and not be forced to spend another winter in squalid and unsafe camps.