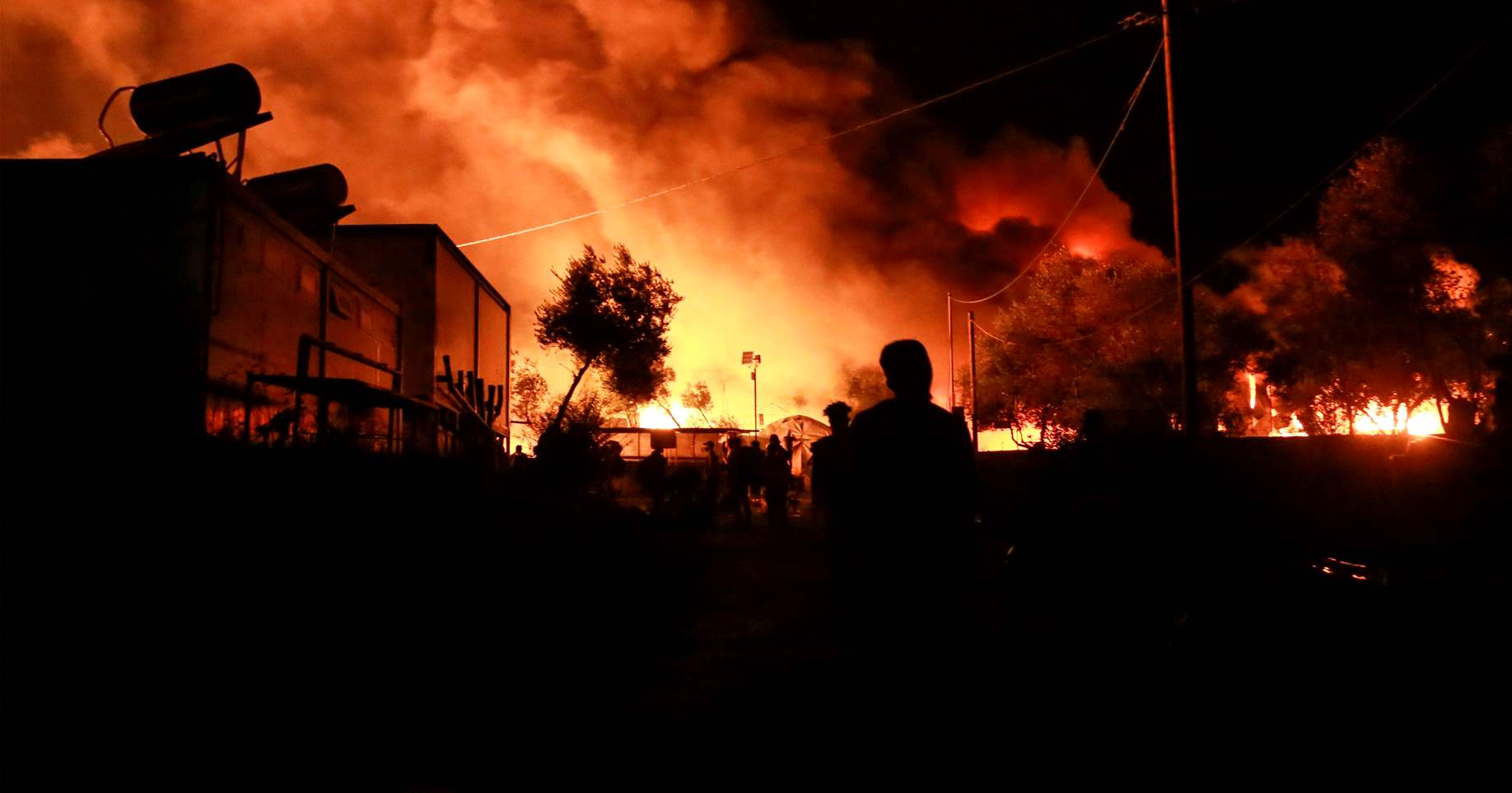 Responding to the outbreak of devastating fires which have all but destroyed Moria refugee camp on the Greek island of Lesvos, Adriana Tidona, Migration Researcher at Amnesty International, said:

“There is a humanitarian emergency right now in Lesvos. Overnight, almost 13,000 people in Moria refugee camp lost the scant shelter and sanitation that they had. People living there have already endured leaving their lives, homes, and possessions when fleeing to Europe. Now, this fire has likely destroyed anything they had left, including essential documents, personal items and medicines.”

“Reckless EU policies have resulted in dangerously overcrowded and squalid living conditions, with the camp housing four times as many people as it was designed for. The Greek authorities, the EU and its member states must act immediately to ensure the safety of everyone affected. Stepping up relocation efforts and transferring people to safer accommodation is now even more urgent than ever. As the EU Pact on Migration and Asylum is finalised, this is a timely indictment of the current policy of camps and containment”

“This tragedy follows the worrying news that at least 35 asylum-seekers tested positive for COVID-19 in Moria, where social distancing is impossible and sanitation deeply inadequate. The Greek government put the whole camp under quarantine, even though such a measure cannot be implemented in the camp in full respect of people’s basic rights, owing to the living conditions of the thousands of residents exposed to the outbreak.”