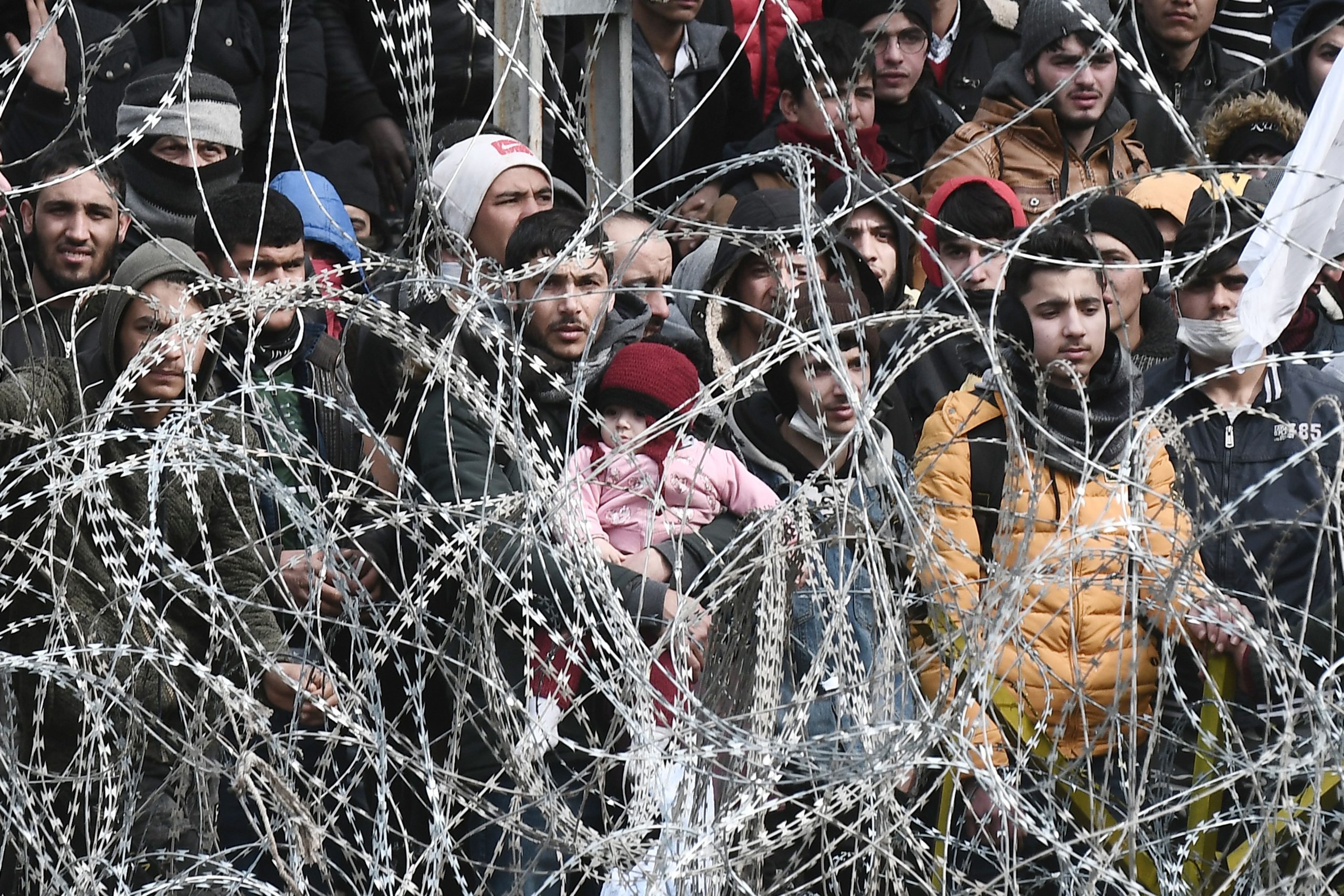 Greek border forces are violently and illegally detaining groups of refugees and migrants before summarily returning them to Turkey, in contravention of their human rights obligations under EU and international law, new research from Amnesty International has revealed.

The report, Greece: Violence, lies and pushbacks, documents how the Greek authorities are conducting illegal pushbacks at land and sea. It focuses primarily on unlawful operations in the Evros region, at the land border between Greece and Turkey. In February and March 2020, Greece violently pushed back refugees and migrants in response to Turkey’s unilateral opening of the land borders. By documenting incidents that occurred in the aftermath of those events, from June to December 2020, this new research demonstrates that human rights violations at Greece’s borders continue and have become an entrenched practice.

“It is clear that multiple arms of the Greek authorities are closely coordinating to brutally apprehend and detain people who are seeking safety in Greece, subjecting many to violence, then transferring them to the banks of the Evros river before summarily returning them to Turkey,” said Adriana Tidona, Migration Researcher for Europe at Amnesty International.

“Our research shows that violent pushbacks have become the de facto Greek border control policy in the Evros region. The level of organisation needed to execute these returns, which affected up to 1000 people in the incidents we documented, some numerous times and sometimes via unofficial detention sites, shows just how far Greece is going to illegally return people and cover it up.”

The vast majority of people Amnesty International spoke to reported that they had experienced or witnessed violence from people they described as uniformed Greek officials, as well as men in civilian clothing. This included blows with sticks or truncheons, kicks, punches, slaps, and pushes, sometimes resulting in severe injuries. Men were often subjected to humiliating and aggressive naked searches, sometimes in the sight of women and children.

In most cases, the acts of violence reported violated the international prohibition of inhuman or degrading treatment. Some incidents also amounted to torture, due to their severity and humiliating or punitive intent.

Saif*, a 25-year-old Syrian man pushed back four times in August 2020, told Amnesty International that on his second attempt, the group he was travelling with was ambushed by “soldiers” in black gear and balaclavas and transferred to the banks of the Evros river, which runs across the Greek and Turkish border. Two people in the group tried to escape but were stopped and ruthlessly beaten by one of the soldiers. Saif, who suspected that the man’s spine had been broken, told Amnesty International: “He could not move at all, he could not even move his hands.” According to Saif, after soldiers took the two injured men across the river to Turkey, Turkish soldiers and an ambulance came to assist the injured.

One individual told Amnesty International that during one of the return operations, he and his group were forced off the boat and into the water near an islet in the middle of the Evros river, where they remained stranded for days. A man who was forced off the boat could not swim and screamed for help as he bobbed up and down in the water and was seen to be swept away with the current.

Pushbacks are not only taking place in border areas. People are also being apprehended and detained far into the Greek mainland before being returned to the Evros region to be illegally returned. Amnesty International spoke to four people who were arbitrarily apprehended and detained in areas of northern Greece and ultimately pushed back to Turkey in larger groups. Among them were a recognised refugee and a registered asylum seeker who had been living in mainland Greece for almost a year.

One of them, Nabil* a 31-year-old Syrian man and registered asylum-seeker in Greece told Amnesty International that he was arrested at the port in the city of Igoumenitsa, in North-western Greece. Police told him that he would be transferred to Athens and released, however he was then transferred to a second detention site closer to the Evros land border, beaten and ultimately pushed back in a group of 70 people, including children. He told Amnesty International: “Before I entered the bus, I showed the police my asylum card, but they took it from me, shredded it, and told me to get into the bus.”

“All of the people we spoke to were pushed back from areas where Frontex has significant numbers of staff. The agency cannot therefore claim to be ignorant of the abuses that we, and many others, have documented. Frontex has the duty to prevent human rights violations, if they cannot do this effectively, they should withdraw or suspend operations in Greece.” said Adriana Tidona.

Amnesty International’s report GREECE: VIOLENCE, LIES AND PUSHBACKS is based on conversations with 16 people, who experienced 21 pushbacks. It primarily focussing pushbacks from the Evros border between June and December 2020. Based on their testimonies, these unlawful operations are estimated to have affected around 1000 people.

Frontex, the European Border and Coast Guard Agency, has an obligation to take reasonable measures to protect people from human rights violations and to suspend or withdraw its activities if such violations are occurring.

*Names have been changed to protect identities.