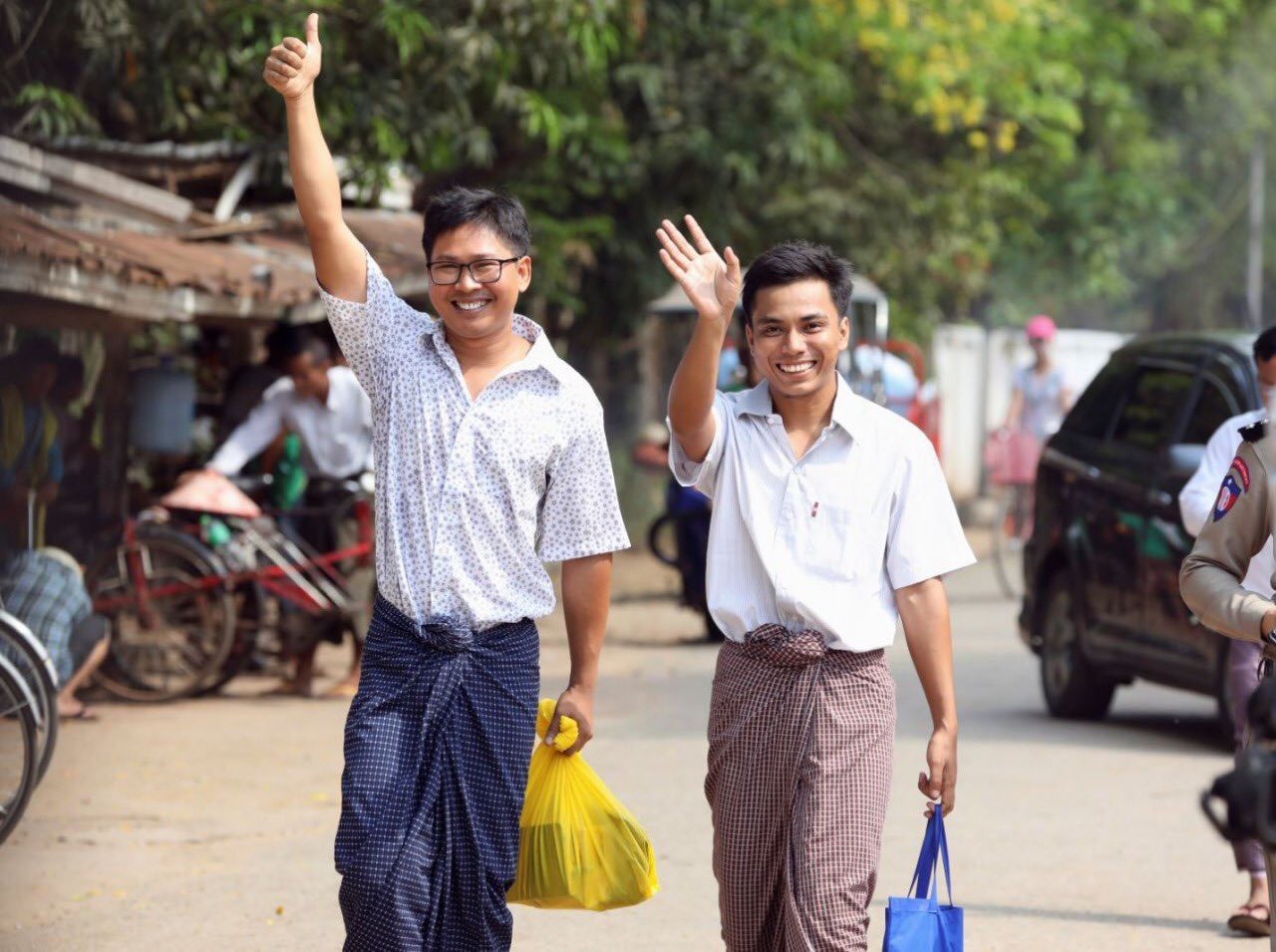 Two Reuters journalists, Wa Lone and Kyaw Soe Oo, have been granted a presidential pardon and released from prison.

They were released after serving more than 500 days of their seven year sentences in Myanmar. This is an important victory for press freedom in Myanmar and beyond, which Amnesty International is proud to have contributed to.

Reuters journalists Wa Lone and Kyaw Soe Oo were unconditionally released following a presidential pardon on 7 May 2019, two weeks after the Supreme Court rejected their appeal. At the time of their arrest, on 12 December 2017, the two men were investigating a massacre of 10 Rohingya men and boys committed by members of the Myanmar security forces in northern Rakhine State, for which seven Myanmar soldiers were later jailed by a military court.

The two journalists were charged with breaching the Official Secrets Act and on 3 September 2018 and sentenced to seven years in prison. An appeal was rejected by the Yangon High Court in January 2019 and again by the Supreme Court on 23 April 2019. Upon release, Wa Lone told journalists outside of Insein Prison: “I want to thank everyone who helped us in prison, and everyone around the world who called for our release. I can’t wait to get back to the news room now.”

Wa Lone and Kyaw Soe Oo should have never been arrested or imprisoned in the first place, and Amnesty International calls for their convictions to be quashed and their criminal records expunged.

Amnesty International remains concerned about ongoing restrictions on of freedoms of expression, association and peaceful assembly in Myanmar and will continue to call for the release of all prisoners of conscience and the repeal of repressive laws.

Join the Urgent Action Network to respond to urgent situations.