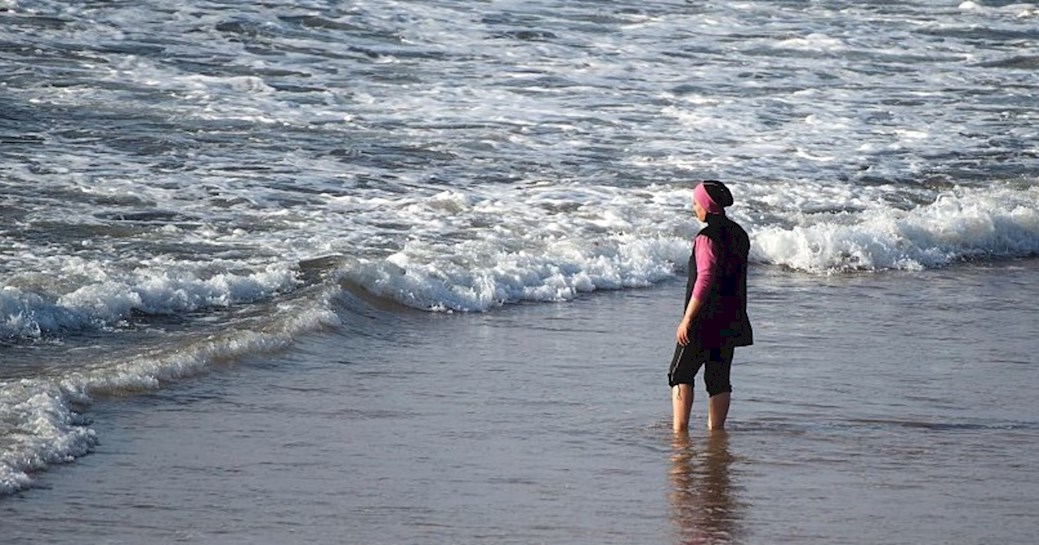 Failure to overturn the ban on the burkini would be a missed opportunity to end an assault on women’s freedoms of expression and religion as well as the right to non-discrimination, said Amnesty International as France’s highest administrative court considers a challenge to the ban.

“The case being considered today offers an opportunity for the French justice system to overturn a discriminatory ban that is fuelled by and is fuelling prejudice and intolerance. “French authorities should drop the pretence that these measures do anything to protect the rights of women. Rather, invasive and discriminatory measures such as these restrict women’s choices, violate their rights and lead to abuse,” said Colm O’Gorman, Executive Director of Amnesty International Ireland.

In recent weeks several French mayors have adopted local decrees regulating the use of beachwear. Some of the decrees have referenced manifestly specious security, hygiene and public order concerns as justification and others have even purported to be aimed at protecting women’s rights. However, the rhetoric around their adoption has universally focused on the negative stereotyping of an already stigmatised minority.

“These bans do nothing to increase public safety, but do a lot to promote public humiliation. Not only are such bans in and of themselves discriminatory, but as we have seen, their enforcement leads to abuses and the degrading treatment of Muslim women and girls. “If the French authorities were genuinely committed to protecting freedom of expression and women’s rights these abusive bans would be immediately and unconditionally lifted,” said Colm O’Gorman.

Background:
The State Council is currently considering an appeal against a decision by a lower court upholding a ban on the the full-body swimsuit by the town of Villeneuve-Loubet.  The ruling will set a legal precedent for municipalities across the country.

Many local decrees ban the wearing of any form of beachwear that is contrary to hygiene and to the principle of “laicité”. Some of the decrees also state that, in view of the existing terrorist threat, wearing specific forms of dress that ostensibly manifest religious beliefs could breach public order.

The bans on burkinis are the latest in a series of restrictive laws against cultural or religious clothing in France. In 2004 a law on religious symbols banned any visible religious symbols in state schools. In 2011, a law banned the concealment of the face in public spaces. Those laws are indirectly discriminating against Muslim women.