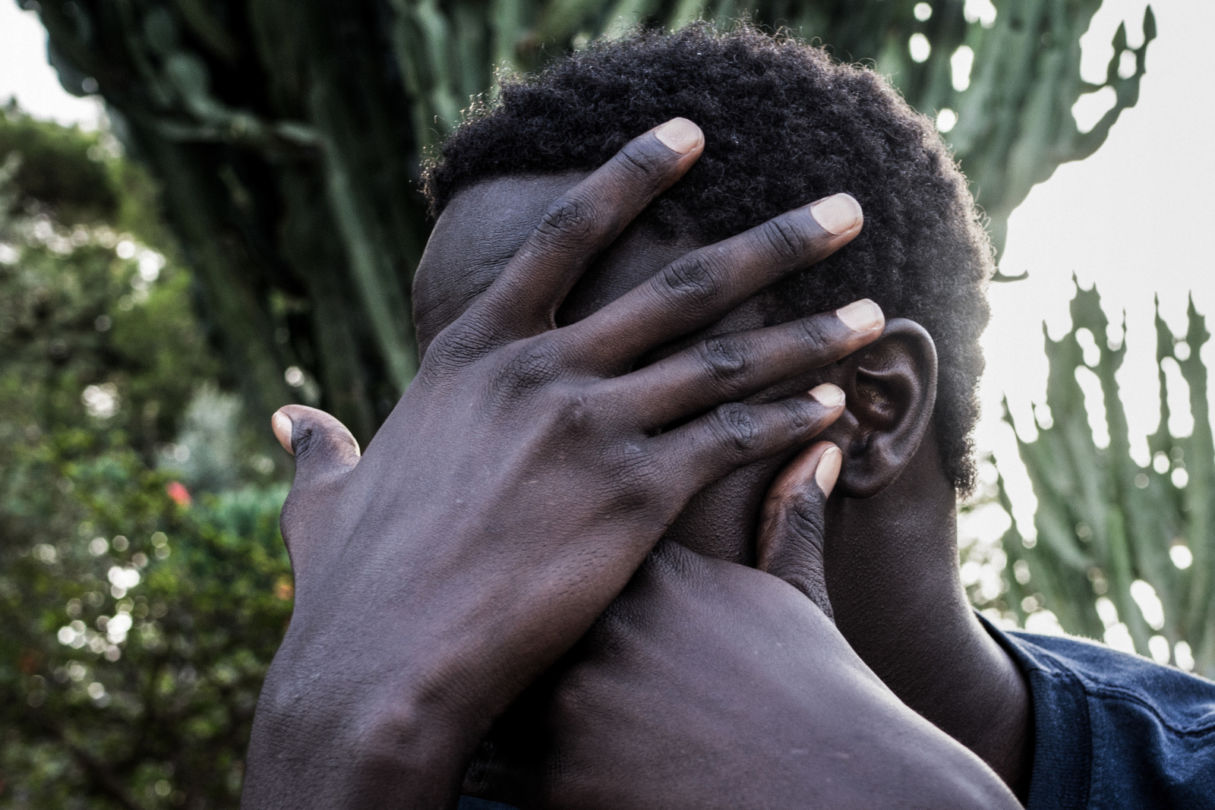 Through their eyes: refugees’ own accounts of abuses in Libya

Amnesty International has been given accounts of horrific, widespread abuses being inflicted on refugees and migrants travelling through Libya in the hope of finding safety and stability when arriving to Europe, including sexual abuse, torture and exploitation.

Now, hear from two of the refugees speaking themselves about their terrifying experiences.

Amal escaped Eritrea and travelled through Sudan after her mother was imprisoned. She wanted to get away from indefinite military service that had prevented her from going to university and from seeing her family for one and a half years. But en route to hope of a new and safe life in Europe, she was forced into sexual slavery after being abducted near Benghazi by the armed group calling itself Islamic State (IS), in Libya.

“IS caught us at the end of July 2015. They separated us into Christians and Muslims and then they separated the men and women. They put us in two cars to take us towards Tripoli and put us in a big palace-like place.

They kept us underground – we didn’t see the sun for nine months.

Then they told us they would release us, but only if we converted [to Islam], so we did.

After we converted, they said they would make us into their own slaves and maids.

They considered us their wives and forced themselves on us.

We spent four months in that situation. It was a very big place and there were many men. Every day some of them would abuse us.

In February [2016] they divided us and gave each one of us to a man. I stayed with the man […] who only show[ed] up at night without food.

[After a week] I managed to find a key when he was out and left. I found out I was in fact in Sirte.

I got here on 5 May, in Taranto. They asked me why I came to Italy and then they said they can help me.”

Sexual abuse is endemic for refugees travelling through Libya, so much so that women have told us they take contraceptives before travelling, because they expect to be raped and want to avoid becoming pregnant as a result of it. Women are constantly at risk of sexual violence at the hands of smugglers, traffickers, armed groups or in immigration detention centres and all the women Amnesty International spoke to had experienced it themselves or knew other women who had.

Abdurrahman was a mechanic, but he left Eritrea because of indefinite military service and spent seven months in Sudan. When he arrived in Libya in June 2015, smugglers handed him over to a criminal gang who held him captive to extort a ransom from his family.

“They stopped all of us in a house in Ajdabya and made us call home for money. There was an Ethiopian man who watched us and if anything happened the Libyans would come and beat us – in Ajdabya there was about 10 of them [Libyans]. There were about 250 people in the house. We all slept on the floor with men and women in the same room… We had to stay for as long as it took to get the money. I stayed for a week.”

Before attempting his first sea crossing to Italy in January 2016, Abdurrahman was forced to work for smugglers to pay for his travel.

“Our boat left from Sabratah in January. It was a rubber boat for about 50 people but it had 120 people in it. After two hours a big Libyan boat came with officers or police in and took us back to shore.

They beat us all next to the sea to find out who the captain is.

Then they shot one man in the foot. He was the last one coming off the boat so they asked him where the captain is and he said he didn’t know so they said that means you are the captain and they shot him.

Then they took us to a prison in Al-Zawiya where I stayed for over a month.

There was little food and they would beat us every day. They used sticks and sometimes electric stun guns.

It was a big prison with 30-40 people in each room, but there was just one toilet. There were no doctors or medication and a lot of people had scabies.

Eventually the smugglers negotiated with the prison guards and were able to get us out. We were taken back to exactly the same place as before. Two died in this farm out of hunger because they didn’t have enough food when we were in prison.

On 15 March I finally got on a boat again at 8am and we stayed three hours before we were rescued by a German ship.”

Detention centres in Libya are the stuff of nightmares. Actual, modern-day dungeons. And they operate under the Ministry of Interior, so these abuses we are hearing about are perpetrated in detention facilities under the control of the Libyan authorities. And when they are not suffering in detention centres, refugees and migrants are being trafficked, abused, exploited, raped and killed on the outside with no protection from the authorities.

When you think about the tens of thousands of people who have – and will – move through Libya in hope of reaching safety, the scale of these abuses is shocking to comprehend.

Thousands have lost their lives already trying to make the sea crossing to Europe – at least 2,742 this year alone.

These people are not just refugees or migrants, they are people. They deserve our compassion, our admiration, and our help.

Tweet the Libyan authorities, urging them to respect the human rights of migrants and refugees, and protect them from abuses