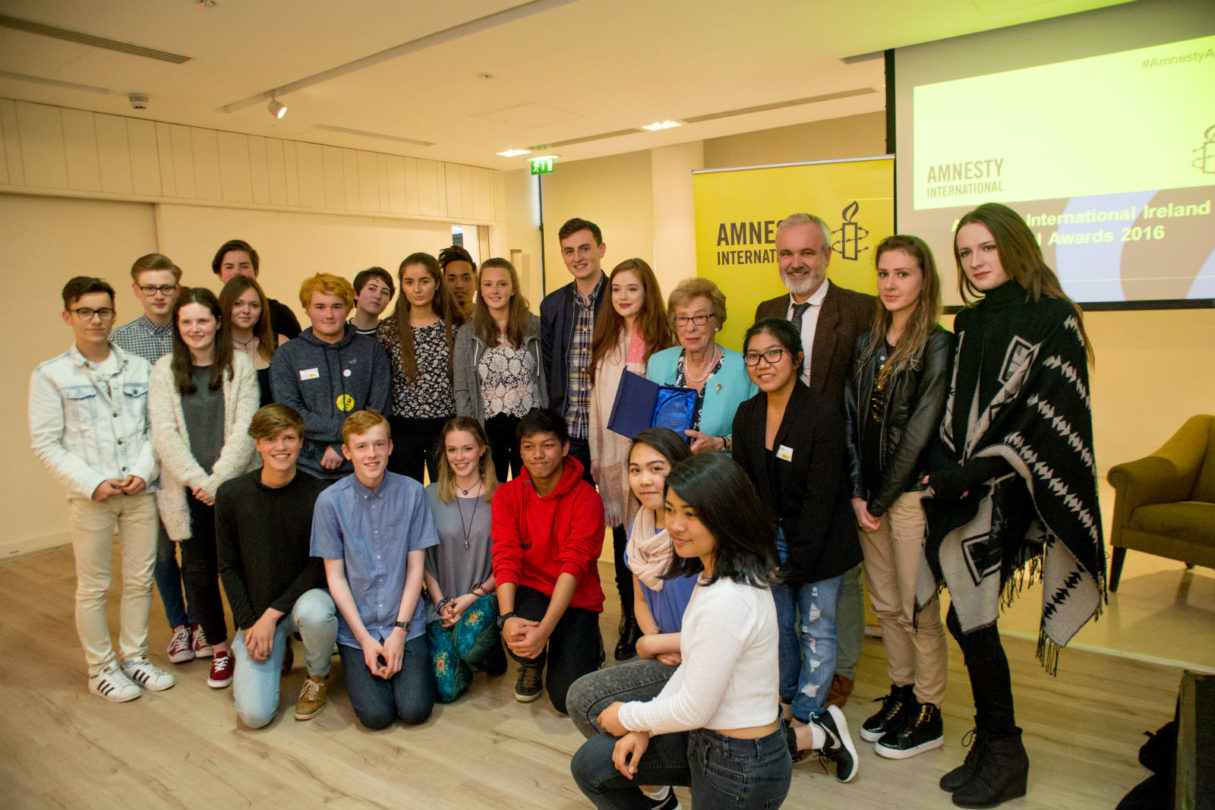 Eva Schloss, humanitarian, author and step-sister of Anne Frank, has called on governments across Europe to do more to protect the rights of refugees fleeing conflict and persecution around the world. Speaking at Amnesty International’s annual conference in Dublin, Ms Schloss shared her personal story of surviving the Holocaustand rebuilding her life as a refugee in Amsterdam.

Research published by Amnesty International this week found that 80% of people worldwide would welcome refugees in their homes, communities and countries. The Refugees Welcome Index, which is based on a global survey of more than 27,000 people, found that ordinary people are willing to go to astonishing lengths to make refugees welcome, highlighting how starkly anti-refugee political rhetoric contrasts with public opinion.

“If the world accepted refugees during the Second World War, I am convinced that the holocaust would not have happened. Today, we are facing a similar refugee crisis. Tens of thousands of refugees have walked across Europe seeking an opportunity to build a better life for themselves and their families.

All over the world, people have shown extraordinary humanity and solidarity toward refugees forced to flee their homes. Ordinary citizens believe that refugees should be helped, protected and accepted into communities.

“Across the world, almost 50 million people have been forced to leave their homes due to conflict or persecution. We are in the midst of the largest refugee crisis since the Second World War. The response from the international community to this humanitarian and human rights crisis has been woefully inadequate. Rather than act to protect refugees, countries have put up barriers to millions of desperate people with devastating consequences.

“We can, and we must, do more. The programme for government committed Ireland to offering ‘safe haven for refugees under EU and UN resettlement and relocation programmes’. We need to see a roadmap for speeding up transfers under the EU relocation programme, so that Ireland’s promised target of 3,500 is met,” said Colm O’Gorman, Executive Director of Amnesty International Ireland.

The Amnesty International conference also passed a members motion put forward by the Clonakilty group which mandates that the organisation continue to lobby government to ensure “that Ireland’s reception facilities for asylum seekers fully comply with human rights standards”.

The programme for Government published in 11 May states that the government will seek ‘to reform the direct provision system, with particular focus on families and children’. However, the draft programme released the previous weekincluded a commitment to ‘implement the recommendations of the McMahon Report as swiftly as possible’.