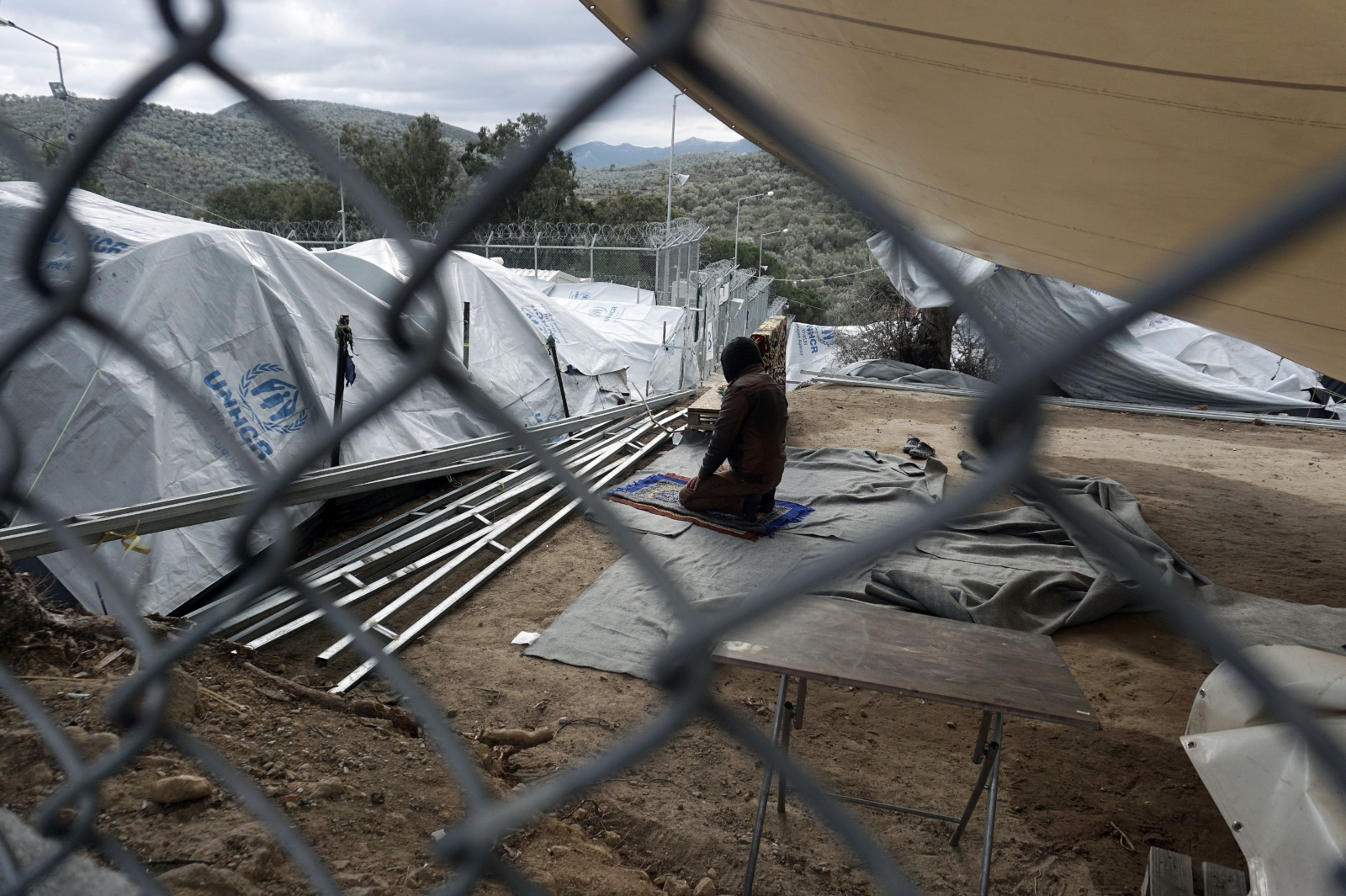 With the stroke of a pen Trump left countless people, many of whom had lived in the U.S. for years, stranded in airports and ripped apart families and communities.

As Mogherini travels to the U.S. Thursday to meet with the new administration, Europe will expect her to hold strong on her message that discrimination in any form is unacceptable.

Mogherini has pledged to continue to host refugees, saying: “It’s in our identity: We celebrate when walls are brought down and bridges are built.”

While commendable, Mogherini’s words will ring hollow unless the European Union reviews its own cruel policies on refugees and migrants and brings them in line with international human rights law. Walls are not coming down in Europe.
“It’s like a jail, I can’t breathe” — these are the heartbreaking words of Heda, a Syrian refugee who sought refuge in Europe in 2016. Walls were a disturbing reality in the detention facilities where Heda and her two children were held while they waited to be returned to Turkey.

Asylum seekers stranded in Belgrade anddesperately trying to survive freezing temperatures by burning rubbish in warehouses would also dispute Mogherini’s version of events. Since their arrival in Europe, whichever way these people have turned walls and fences have blocked their path.

President Trump’s ban is a disaster for refugees globally, and for the countries hosting them. It punishes some of the most vulnerable people in the world. Mogherini’s criticism was welcome and necessary, particularly given the conspicuous silence from some of her colleagues, who were slow to respond to Trump’s cataclysmic sledgehammer to refugee protection.

However, it is hypocritical of the EU to criticize the American administration without recognizing its own restrictions on refugee and migrant entry into Europe.

The EU-Turkey deal, which entered into force last March, aimed to send every Syrian who irregularly arrived on Greek islands back to Turkey, under the false claim that Turkey is a safe place for refugees. EU member countries agreed to take one Syrian refugee from Turkey for every Syrian returned back to the country from the Greek islands, but it is difficult to see this deal as a genuine expression of solidarity with refugees — or for Turkey. There are more than 2.8 million Syrian refugees in Turkey right now. The EU has taken a little over 3,000 of them under the deal so far.

Human rights abuses are an intrinsic part of the EU-Turkey deal, under which people who have a legal right to claim protection are sent to a country in which their safety and basic rights cannot be guaranteed.

Equally, refugees stranded on the Greek islands have been automatically detained, subjected to squalid living conditions and live in fear for their security. Access to asylum procedures remains problematic, with many waiting for months to even register an asylum claim. Amnesty International has also documented unlawful returns of asylum-seekers to Turkey in a flagrant breach of their rights under international law.

In the past, EU leaders, including Mogherini herself, had claimed that a similar deal with Libya would be unthinkable. Last week, the unthinkable happened and the EU and Italy declared they had brokered deals with Libya.

For people fleeing Libya, this means that instead of having their claims processed and reviewed in Europe, they will be returned to Libya — the country they risked their lives to escape — by that country’s coastguard. So far there has been no word on what would happen to them next, but we know that the vast majority of migrants and refugees in Libya find themselves in subhuman detention centers where they risk rape, torture and starvation.

Europeans took to the streets in their thousands to protest Trump’s travel ban. EU leaders, too, are facing greater public pressure to promote and protect international law. However, as long as the EU continues with its ill-thought out and inhumane migration policies, the voices of EU leaders who speak out against Trump risk being muffled.