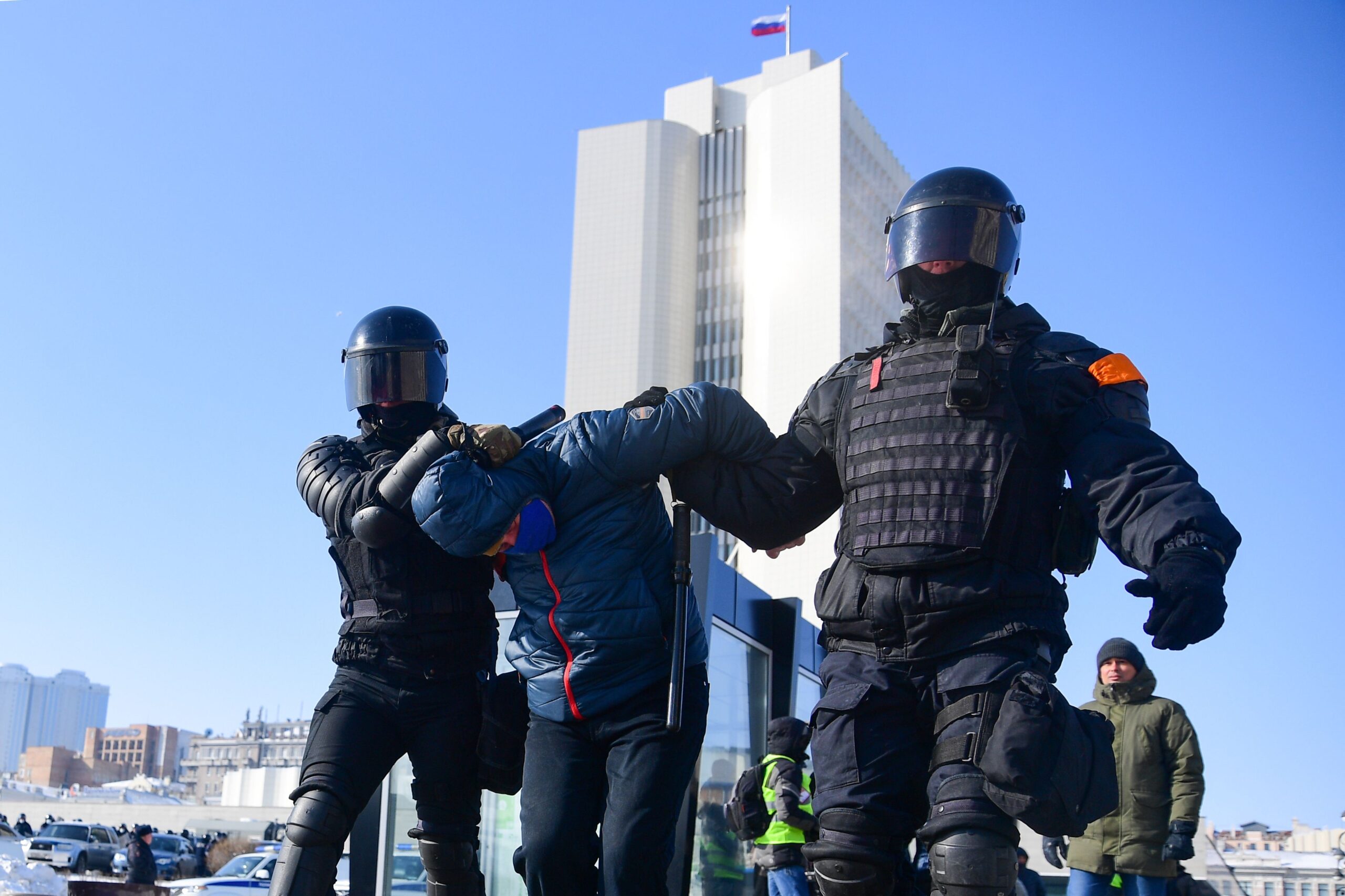 Europe and Central Asia: Defence of human rights under fire in pandemic-hit region

Instead of addressing deep-seated socioeconomic inequalities to deliver a fair recovery from the Covid-19 pandemic, states across Europe waged a sustained assault on the defence of human rights in 2021, targeting peaceful demonstrators, journalists, human rights defenders, judiciaries and civil society organisations in a bid to silence dissent, Amnesty International said today upon publishing its annual report.

Amnesty International Report 2021/22: The State of the World’s Human Rights details how, two years into the pandemic, Europe has faced an ongoing rise of authoritarianism, at times under the fig-leaf of protecting populations from Covid19.

“The catastrophic human rights fall out resulting from Russia’s invasion of Ukraine, must not obscure the wider trends that have been reshaping Europe in disturbing ways over the last year. The failure of European nations to address deep-seated inequalities exacerbated by the impact of the pandemic has been compounded by a rollback of human rights often under the guise of draconian Covid-19 measures,” said Marie Struthers, Amnesty’s director for Europe and Central Asia.

“Instead of addressing the injustices and deep-seated inequalities, many governments have instead sought to silence and repress those who protest peacefully and speak out.”

When we needed independent voices most, retrograde trend to stifle dissent flourished

In many parts of Europe independent and critical voices were stifled. Human rights defenders, NGOs, media outlets and opposition leaders were the targets of unlawful arrest and detention.

In Russia, Belarus and a number of other countries, the authorities imposed various restrictions on freedom of expression and media freedom. Journalists in Bosnia and Herzegovina and Croatia faced hundreds of defamation suits, often by politicians. Bulgaria, the Czech Republic and Slovenia encroached on the independence and pluralism of public service broadcasting. Turkey remains one of the world’s largest jailer of journalists.

Many other countries failed in upholding their obligation to ensure a safe and enabling environment for human rights defenders. Migrant’s rights defenders continued to face criminalization in Cyprus, France, Greece, Italy and Malta. Women’s and/or LGBTI defenders faced harassment, unjust prosecution and smear campaigns in Azerbaijan, Georgia, Hungary, Poland, and Turkey, among other countries.

In Turkey and Azerbaijan, human rights defenders faced baseless investigations, prosecutions and convictions. Arbitrary restrictions on the work of civil society organisations remained a concern in Hungary, Greece, and Turkey, as well as in Russia and Belarus. Several countries – including Azerbaijan, Hungary, Kazakhstan and Poland – used NSO spyware to target human rights defenders and opposition figures.

Russia, Belarus, and Kazakhstan persecuted peaceful protesters forcefully. Many countries such as Greece, Cyprus and Turkey enacted or maintained restrictions on peaceful assembly, including blanket bans under the pandemic and arbitrary detentions and prosecutions simply for exercising rights. Large protests against Covid-19-related restrictions at the end of 2021 in Austria, Belgium, Croatia, Italy and the Netherlands were sometimes marked by violence, many arrests and injuries among protesters.=

Countries hid behind borders shirking their responsibilities to refugees and migrants

The welcoming response of most European countries to Ukrainians we are seeing today contrasts sharply with the overall trend in European migration and asylum policy in 2021, which saw the continued fortification of many borders, the implementation of violent pushbacks, widespread acceptance of death and torture at the borders as a deterrent to irregular migration, and the ongoing dilution of refugee protection rules.

Greece designated Turkey a safe country for many seeking protection. Denmark sought to rescind residence permits of Syrians, and several countries returned Afghan asylum seekers until shortly before the takeover by the Taliban. Belarus gave visas to thousands from the Middle East particularly Iraqi Kurds, and then violently pushed them towards the borders of Poland, Lithuania and Latvia.

These countries instituted states of emergency, abrogated the right to seek asylum at the border and legalized pushbacks. Pushbacks – unlawful summary returns of people without assessing their protection needs – took place from many additional countries as well, including Bosnia and Herzegovina, Croatia, Greece, Hungary, Italy, Spain, Turkey, and North Macedonia.

“Many have perceived a double standard between Europe’s treatment of Ukrainians and other refugees. The Ukraine crisis shows that Europe has the capacity to provide protection to all people in need without discrimination – if there is political will,” said Nils Muižnieks, Amnesty International’s Europe director.

The struggle for women’s rights and the growth of racism

Europe also saw a growth in racism targeting Black people, Muslims, Roma and Jewish people. A backlash against Black Lives Matter emerged in some countries.  Invoking the need to counter terrorism and radicalization, Austria and France stepped up surveillance of Muslim communities, raided mosques and shut down some Muslim organisations. Roma communities, which have long been over-policed and under-schooled, faced further social exclusion and isolation under Covid. Hate crimes against Jews spiked in Austria, Germany, Italy and the UK.

Women’s rights suffered a number of setbacks in Europe, and not only because of Covid-19’s negative impact on women’s social and economic rights and the conservative wind that swept Central Asia with the takeover by the Taliban. The biggest policy setbacks were in Poland, where a near total ban on abortion entered into force, and Turkey, which withdrew from a landmark treaty on combating violence against women, the Istanbul Convention.  However, San Marino legalized abortion, Moldova and Liechtenstein ratified the Istanbul Convention, and Slovenia reformed its rape law to make it consent-based.

Europe failed to take decisive measures to tackle the climate crisis by adopting needed emission reduction targets. Moreover, at the COP26 negotiations, European countries opposed financial measures to support developing countries for loss and damage as a result of the climate crisis. However, activists successfully used litigation in Belgium, France, Germany and the Netherlands to compel governments and a large oil company to curb emissions.

At the height of the Covid-19 pandemic, EU member states and the UK stockpiled more doses than needed, whilst turning a blind eye as Big Pharma put profits ahead of people, refusing to share their technology to enable wider distribution of vaccines. The consequences of collusion between corporate giants and western governments, impacted the health systems and economic and social support systems in poorer nations.

“The palpable and persistent resistance offered by people’s movements the world over is a beacon of hope. Uncowed and undaunted, theirs is a clarion call for a more equal world. If governments won’t build back better – if they seemingly are intent on building back broken – then we are left with little option,” said Agnès Callamard, Amnesty International’s Secretary General.

“We must fight their every attempt to muzzle our voices and we must stand up to their every betrayal. It is why, in the coming weeks, we are launching a global campaign of solidarity with people’s movements, a campaign demanding respect for the right to protest. We must build and harness global solidarity, even if our leaders won’t.”