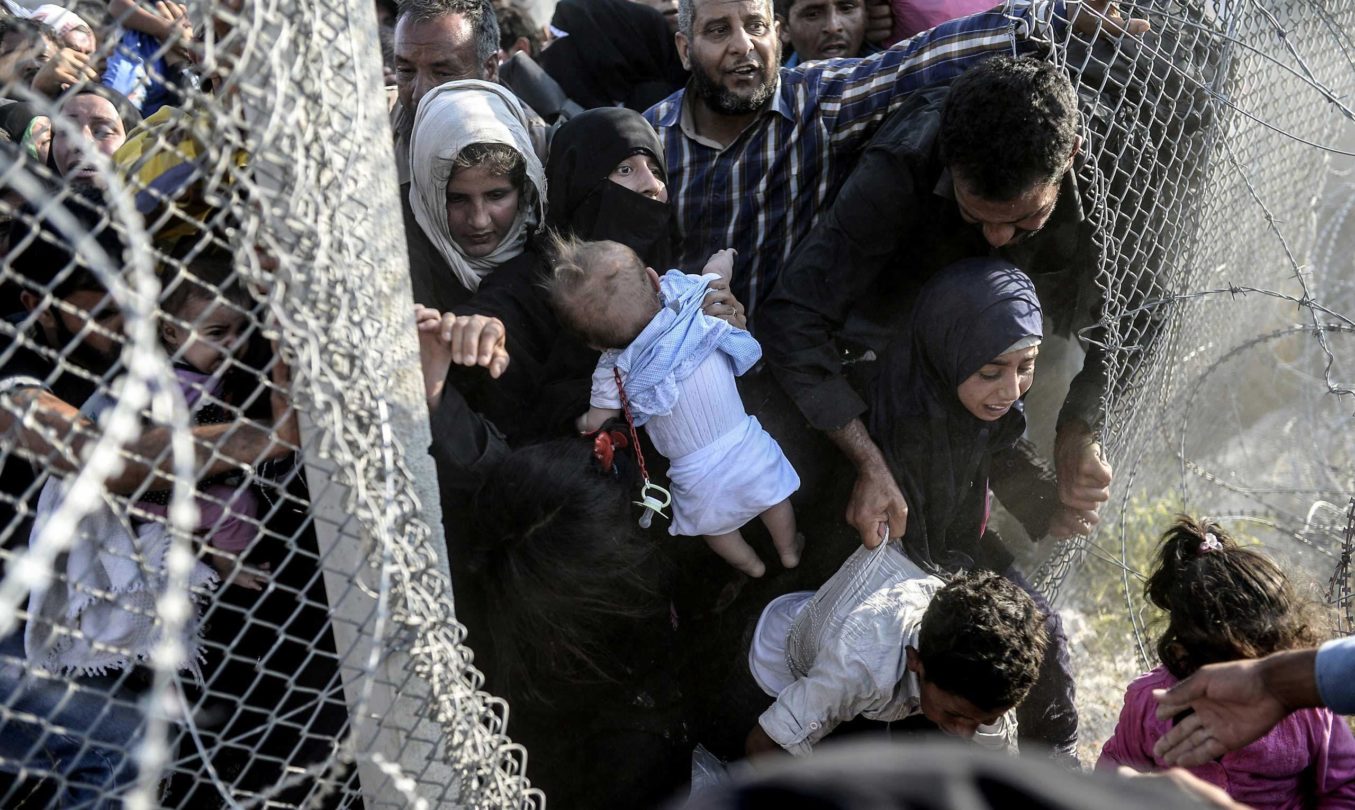 The persistent preoccupation with shipping people back to Turkey instead of making unconditional efforts on resettlement and offering other safe and legal ways to Europe shows an alarmingly short-sighted and inhumane attitude to handling this crisis, said Amnesty International after European Council talks with Turkey today.

The proposal that for every Syrian refugee returned to Turkey from Greece, a Syrian will be settled within the EU is wrought with moral and legal flaws. Unsettlingly, this plan would make every resettlement place offered to a Syrian in the EU contingent upon another Syrian risking their life by embarking on the deadly sea route to Greece.

EU and Turkish leaders have today sunk to a new low, effectively horse trading away the rights and dignity of some of the world’s most vulnerable people. The idea of bartering refugees for refugees is not only dangerously dehumanising, but also offers no sustainable long term solution to the ongoing humanitarian crisis

Amnesty International researchers have documented how Turkish security forces have shot and injured civilians, including children, who out of desperation have attempted to cross the border unofficially with the help of smugglers. One doctor said that over the past two months the Syrian hospitals in Azaz have received on average two cases daily of civilians shot attempting such crossings. In one case a child of around 10 years old was shot in the head.

Another mother accompanying her severely injured 11-year-old son to Turkey told Amnesty International how she was separated from him at the border. Despite the boy being wounded in the leg along with her husband in an air strike, he was not permitted to cross the border with the rest of the family: “They [Russian and Syrian forces] had been bombing all day… My husband and 11-year-old son were injured by shrapnel in the legs when an air strike struck a few metres away on 8 February around 1am as we slept. They [Turkish authorities] only allowed me and my three children under five… to cross with my husband in the ambulance leaving my injured son behind because his injuries were not seen as life threatening.”

When questioned on the legality of this proposal under international law, EU leaders responded that this would be possible under EU law once Turkey be designated as a ‘safe country’.

Amnesty International strongly contests the concept of a ‘safe third country’ in general, as this undermines the individual right to have asylum claims fully and fairly processed and may result in individuals being subsequently deported to their country of origin – in violation of the principle of non-refoulement. In the case of Turkey in particular, there is huge cause for concern given the current situation and treatment of migrants and refugees.

Turkey has forcibly returned refugees to Syria and many refugees in the country live in desperate conditions without adequate housing. Hundreds of thousands of refugee children cannot access formal education. By no stretch of imagination can Turkey be considered a ‘safe third country’ that the EU can cosily outsource its obligations to.

Although it was claimed that those needing international protection that are not Syrian would not be returned to Turkey, it has not been made clear how those individual rights could be guaranteed in the context of a system of mass returns. The reality is that not all asylum seekers are coming from Syria, and Turkey does not have a fully functioning asylum system.

The proposal makes a mockery of the EU’s obligation to provide access to asylum at its borders. Any returns system not built on the principle of an individual’s right to access a fair and robust asylum process is deeply problematic.

Iraqi and Afghan nationals, along with Syrians, make up around 90 percent of arrivals to Greece. Sending them back to Turkey knowing their strong claim to international protection will most likely never be heard reveals EU claims to respect refugees’ human rights as hollow words

It was also stated by President Tusk that the Western Balkans route would be closed. Closure of this route would lead to thousands of vulnerable people being left in the cold with no clear plan on how their urgent humanitarian needs and rights to international protection would be dealt with.

It is imperative that the European Union and the international community as a whole urgently step up their commitment to solving this crisis, both in terms of humanitarian and other financial assistance and by resettling far greater numbers of refugees.