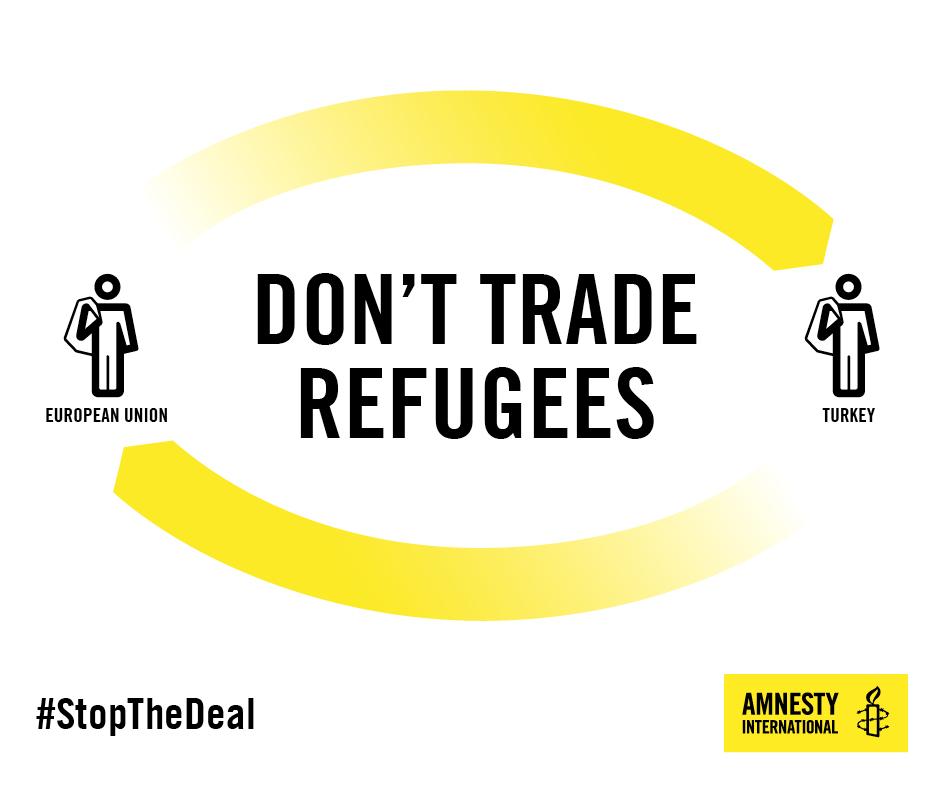 A Syrian national who arrived on the Greek island of Lesvos has won an appeal against a decision that would have led to his forcible return to Turkey, underscoring the fundamental flaws in the migration deal agreed in March between the European Union and Turkey, Amnesty International said today.

In the first such decision Amnesty International has seen since the deal, an appeals committee in Athens overturned an initial decision considering Turkey a safe third country on the grounds that Turkey does not afford refugees the full protection required under the Refugee Convention. The committee also ruled that Turkey does not guarantee the principle of non-refoulement, which forbids returning someone to a country where he or she is at risk of serious human rights violations.

“Turkey is not safe for refugees, it does not offer them full protection, and assurances on paper are simply not good enough. We’ve seen the reality on the ground: until Turkey ends all violations against refugees and guarantees them full protection, nobody else should be sent back under this deal. Instead Europe should focus on its part of the deal by accepting refugees for resettlement from Turkey. It should also urgently improve conditions for refugees in Greece.”

The Syrian national applied for asylum after the EU-Turkey deal came into force. While the committee’s decision can be appealed, it removes the imminent risk of him being forcibly returned to Turkey. A Greek official confirmed to Amnesty International that about 100 cases are still pending before the appeals committee.

Amnesty International has previously documented how Turkish authorities have been violating international law, for instance by forcibly returning groups of Afghan and Syrian refugees since the EU-Turkey deal was struck. Amnesty International and Human Rights Watch have published accounts of Syrian asylum-seekers being beaten and shot at by Turkish security forces.

Amnesty International has also documented dire conditions on the Greek islands where more than 8,500 people are currently stranded while they wait to apply for asylum or receive news of their applications.