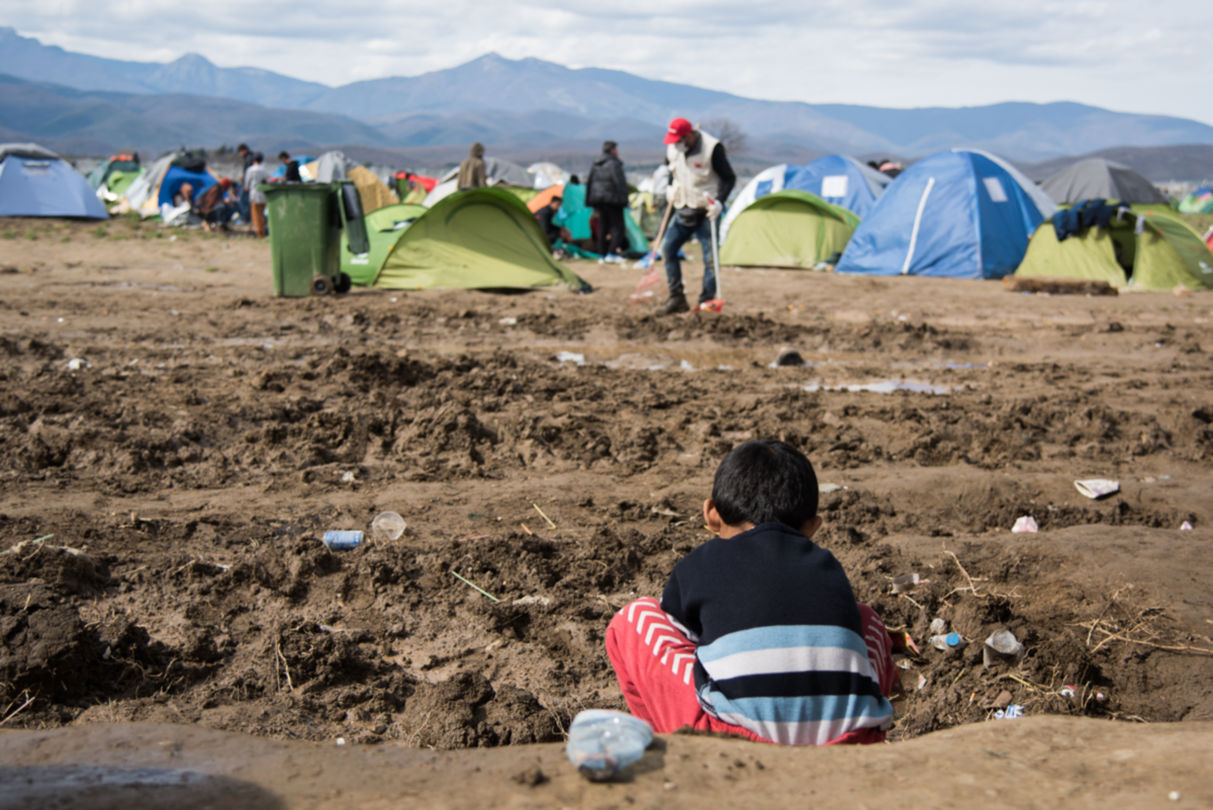 The European Union (EU) must immediately halt plans to return asylum-seekers to Turkey on the false pretence that it is a “safe country” for refugees, said Amnesty International in a briefing published today.

The briefing, No safe refuge: Asylum-seekers and refugees denied effective protection in Turkey, details the short-comings in Turkey’s asylum system and the hardships refugees face there that would render their return under the EU-Turkey Agreement of 18 Marchillegal – and unconscionable.

The briefing shows that Turkey’s asylum system is struggling to cope with more than three million asylum-seekers and refugees. As a result, asylum-seekers face years waiting for their cases to be dealt with, during which time they receive little or no support to find shelter and sustenance for themselves and their families, with children as young as nine working to support families.

“The EU-Turkey deal is reckless and illegal. Amnesty International’s findings expose as a fiction the idea that Turkey is able to respect the rights and meet the needs of over three million asylum-seekers and refugees. In its relentless efforts to prevent irregular arrivals to Europe, the EU has wilfully misrepresented what is actually happening on the ground in Turkey. It is to be expected that a new asylum system, in a country hosting the largest number of refugees in the world, would struggle. While there is value in supporting and encouraging Turkey to develop a fully functioning asylum system, the EU cannot act as if it already exists,” said Colm O’Gorman, Executive Director of Amnesty International Ireland.

Despite its broadly welcoming attitude towards refugees, the large numbers of people – about 2.75 million Syrian refugees and 400,000 asylum-seekers and refugees from other countries (primarily Afghanistan, Iraq and Iran) – have inevitably placed a considerable strain both on Turkey’s new asylum system and its capacity to meet people’s basic needs.

The report shows how the Turkish asylum system fails three crucial tests required under international law for the return of asylum seekers to Turkey to be lawful: status, durable solutions and subsistence.

Turkey lacks the capacity to process asylum applications, meaning that hundreds of thousands of asylum-seekers and refugees languish in legal limbo for years at a time. The Turkish authorities have refused to provide Amnesty International with asylum statistics. In April, however, they reported having processed around 4,000 applications, or 1.5% of the 266,000 applications registered with the UN Refugee Agency, in 2015.

Refugees should either be integrated in the country, resettled to another country or, if safe, repatriated to their country of origin. However, Turkey denies full refugee status, and with it integration, to all non-European refugees, while the international community is failing to provide anywhere close to sufficient resettlement options/places. This leaves refugees in a double-bind, where they cannot build a new life in Turkey but they have little hope of being offered the option to resettle to another country in the coming years, if at all.

Faiza, (whose name has been changed) and her sister, both Afghans, fled forced marriages in Iran and were recognised as refugees in Turkey. For three years, they waited in vain for an interview at a resettlement country’s embassy. In the end they did not see any option but to risk their lives in a smuggler’s boat to Greece.

Faiza told Amnesty International that had there been any reasonable prospect of leaving Turkey safely and regularly, and some support while waiting for the process to conclude, she and her sister would have waited. She explained: “If there was any hope of resettlement, we would have waited. We were really scared of the journey to Europe because we knew it was dangerous. But…we were so desperate. We said to ourselves: ‘Maybe we will die, maybe we won’t arrive – but it doesn’t matter because we can’t stay in Turkey anymore.’”

The vast majority of Syrian and other refugees are forced to seek shelter without government support. Although the Turkish authorities are accommodating more than 264,000 Syrian refugees in camps in the southern border provinces, they cannot realistically provide shelter for the remaining 90% (2.48 million) from Syria. Meanwhile, it has only made social housing available for 100 of the 400,000 (0.025%) asylum-seekers and refugees from other countries. This means that approximately three million asylum-seekers and refugees are being left to meet their own shelter needs as best they can.

Amnesty International researchers interviewed 57 refugees in Turkey between March and May 2016. All described the struggle to survive with almost no financial support from the authorities, with the vast majority relying on charity from family members, fellow asylum-seekers, or religious communities. Refugees told Amnesty International how they live in shoddy or make-shift accommodation, sometimes sleeping in mosques, parks and metro stations because they cannot afford the rent. Two Afghan families were sleeping under a bridge in Istanbul after three of their children drowned in a failed sea-crossing.

Turkey has been a generous host of refugees, but its promises to EU leaders are simply not reflected in the situation on the ground. Asylum seekers and refugees are stuck for years in Turkey and, while they’re waiting, are given neither support nor the right to support themselves. This is a reality check for Europe’s leaders. It may be politically expedient to outsource their legal duty to help people fleeing conflict, but if they think they can do this either lawfully or without inflicting additional misery on people already fleeing terrible suffering, they are tragically and quite obviously mistaken

The briefing also warns that child labour is common among refugees in Turkey as families struggle to meet basic needs. A Syrian mother of three boys told Amnesty International that her entire family of seven survives on the 5-10 Turkish Lira a day (about US$1.75 to $3.50) that her nine-year old son earns working at a grocery store. The shrapnel injuries her husband sustained in Syria prevent him from working.

Rather than off-loading its responsibilities on Turkey, the EU should be looking to kick-start an ambitious resettlement programme for refugees currently in the country. While Turkey hosts more than three million asylum-seekers and refugees, more than any other country in the world, EU member states collectively resettled only 8,155 refugees from around the world in 2015.

“The European Union has responded to one of the darkest humanitarian catastrophes of our time by putting up fences, deploying more border guards, and striking dodgy deals with neighbouring countries to keep people out. The result is misery and suffering, and more deaths at sea,” said Colm O’Gorman.