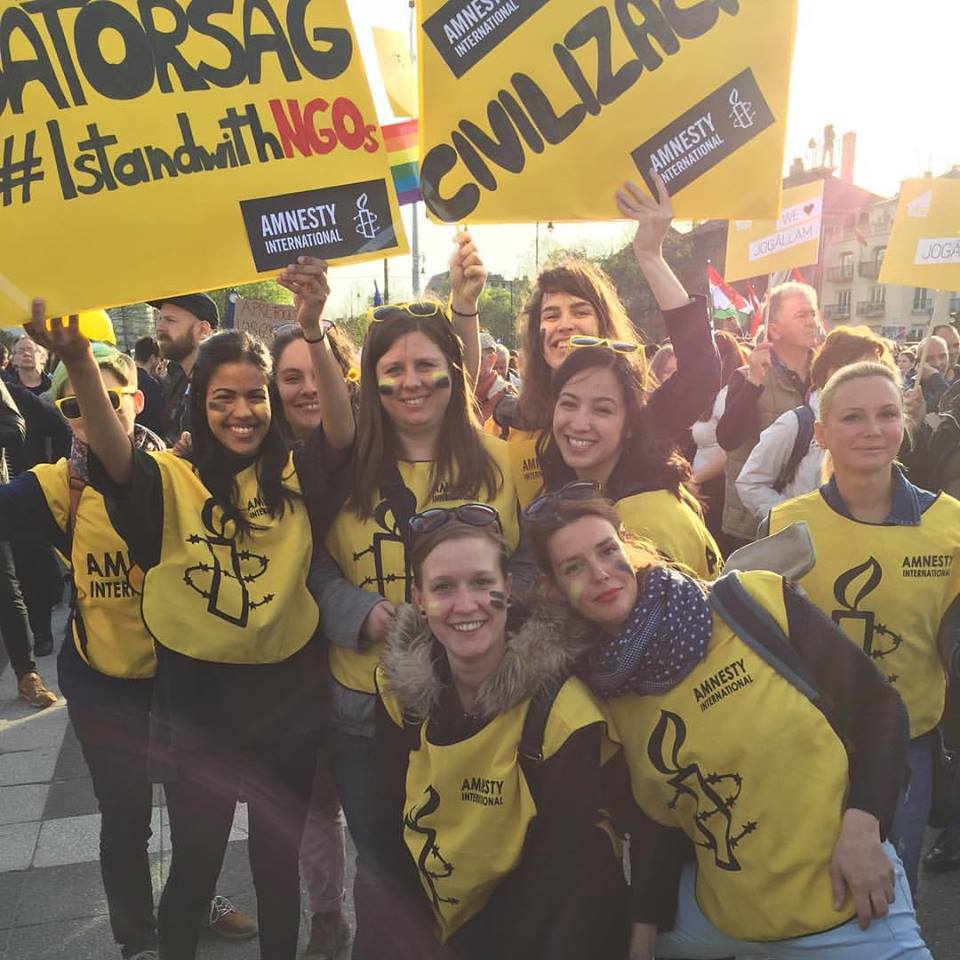 EU-Hungary: Moment of Reckoning for the European People’s Party

Amnesty International calls on the leaders of the European People’s Party (EPP) to urgently respond to Hungary’s draconian assault on human rights during their crucial meetings in Warsaw and Munich next week.

The EPP meetings coincide with a debate in the Hungarian Parliament on controversial new anti-migration laws targeting NGOs and human rights activists.

“This is a moment of reckoning for Europe’s largest political group, which cannot stand idly by as one of its members, the Hungarian ruling party Fidesz, introduces laws which criminalize the legitimate and vital work of civil society and lawyers in the country,” said Iverna McGowan, Head of Amnesty International’s European Institutions Office.

“If passed, the laws proposed by the Hungarian government would flout the most fundamental principles of EU law on human rights, not to mention the EPP’s own stated values.’’

A package of punitive laws tabled in the Hungarian Parliament this week aims to criminalize legitimate migration-related work by activists and NGOs.
The set of bills, dubbed the “Stop Soros” package in reference to the Hungarian-American billionaire philanthropist, specifically targets groups that the government has identified as supporting refugees and migrants.

The proposals come at a time when the European Parliament is scrutinizing Hungary’s membership of the EU due to its ever-worsening rights record.

The new drafts of the bills differ from the previous two versions rolled out by the government since January 2018. A criminal offence of “facilitating illegal migration” has been introduced in an apparent shift from organizations to individuals. However, a serious threat to organizations remains as “legal entities” that engage in activities that “facilitate illegal migration” can also be “examined” and sanctioned under the proposed law.

Amnesty International Hungary could face sanctions, while staff and volunteers could be targeted and even jailed for carrying out legitimate work as human rights defenders.

“The Hungarian Parliament must vote down this brazen attack on activists, on NGOs, and on those seeking a safe haven from persecution,”said Iverna McGowan.

“Meanwhile, the EPP must use its full leverage not just to stop this latest bill, but also to ensure earlier attacks on civil society – including the anti-NGO laws adopted in 2017 – are reversed and a safe and constructive environment for civil society is restored in Hungary.”

On Monday 4 June, as a symbol of the worldwide support for civil society in Hungary, Amnesty International will place a giant heart balloon outside the Hungarian Parliament in Budapest and hand booklets to newly elected MPs containing messages of solidarity collected from more than 22,000 people from over 50 countries.

The third draft of the “Stop Soros” package submitted to Parliament this week is the latest in a series of attacks on human rights and the rule of law in Hungary. For years, civil society has faced threats, smear campaigns and repression by the authorities.

Amnesty International believes Hungary is systemically violating the founding principles of the EU and should therefore be referred to the European Council under Article 7 of the Treaty on European Union.

The European Parliament is due to vote on a report placing the issue of Hungary’s violations of fundamental rights and freedoms squarely on the agenda of the European Council. Amnesty International calls on MEPs, in particular the EPP, to fully support this report and ensure its adoption.