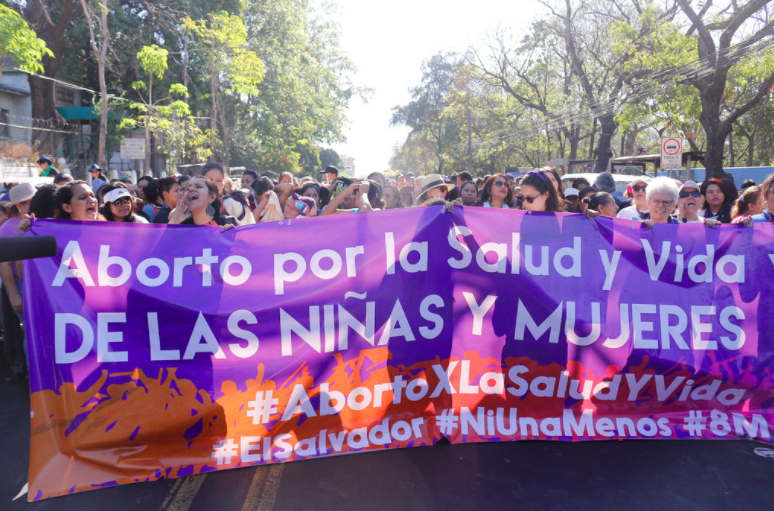 “Having wasted several opportunities to decriminalise abortion in recent weeks, El Salvador’s lawmakers must act now to pass this landmark reform, which would save the lives of countless women and girls,” said Erika Guevara-Rosas, Americas director at Amnesty International.

“The horrendous total ban on abortion violates the right to life, health and to be free from torture and other ill-treatment, impacting half of the country’s population. Failure to end this injustice would be a devastating step backwards for human rights in El Salvador.”

El Salvador is one of the few countries in the world where abortion is currently banned under all circumstances. At least 23 women remain in prison for pregnancy-related complications in the context of the total abortion ban.

The proposed reform to the criminal code would decriminalise abortion and ensure access to services in cases of rape; sexual abuse of a minor; when the health or life of the pregnant person is at risk; or in cases of fatal fetal diagnosis.

Women’s human rights groups in El Salvador have been working tirelessly to promote this bill. Last month Amnesty International delivered a petition with 209,051 signatures from people in 57 countries calling for El Salvador’s Legislative Assembly to decriminalise abortion and ensure access to abortion services under these circumstances.

“The State must stop criminalising women and girls and immediately and unconditionally release all those imprisoned for having an abortion or facing pregnancy-related complications. They should not have to spend another day in jail as a result of a sickeningly unjust law that violates their sexual and reproductive rights.”