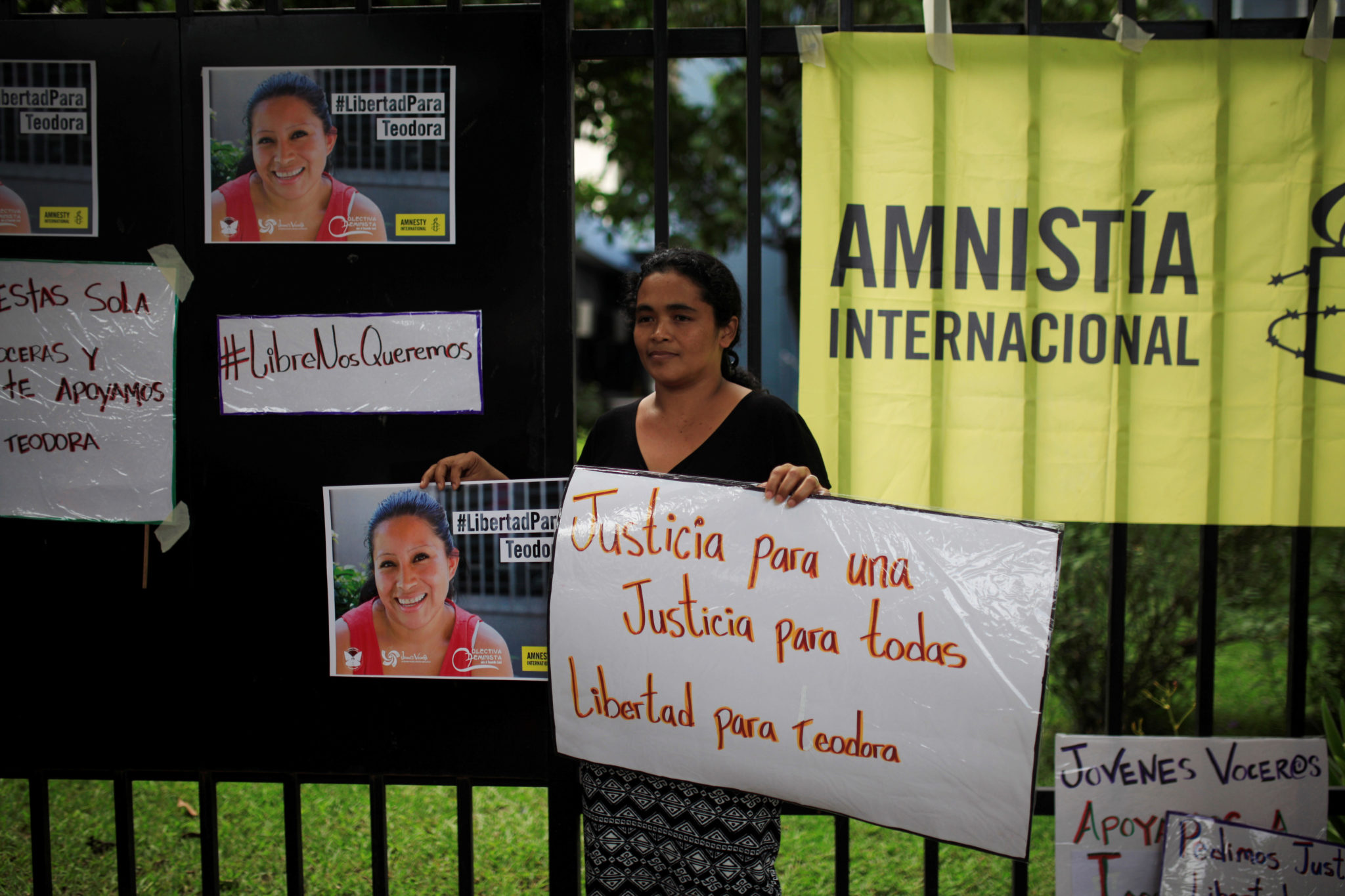 El Salvador: Critical opportunity to put an end to total criminalisation of abortion

“The total ban on abortion is, quite simply, a form of torture which puts the lives of millions of women and girls at risk every day,” said Erika Guevara Rosas, Americas Director at Amnesty International.

Abortion has been criminalized in all circumstances in El Salvador since 1998, even when the pregnancy is the result of rape, incest, or where the life of the pregnant woman or girl is at risk. Many women and girls have lost their lives or been imprisoned due to the total abortion ban.

The current legal framework forces women and girls to resort to unsafe abortions to save their lives, and creates an atmosphere of suspicion around women who miscarry or experience other obstetric emergencies. As a result, women who experience complications during pregnancy have been prosecuted and convicted on charges of ‘induced abortion’, with sentences of up to 40 years imprisonment.

Over 50,000 Amnesty International activists sent letters from Germany, Canada, Spain, USA, Norway and Sweden, among other countries, calling on the Salvadorian authorities to put an end to the criminalisation of abortion and comply with their international obligations in terms of human rights.

Evidence shows that total bans on abortion do not reduce the number of abortions but instead increase the risk of women dying due to illegal, unsafe abortions.

The World Health Organization has warned that restrictive abortion laws put women and girls living in poverty, and those living in rural and more isolated areas at particular risk of unsafe abortions. Criminalization of abortion in all circumstances deters women from seeking medical care and creates a ‘chilling effect’ on doctors who are fearful of providing life-saving treatment to women whose life or health are at risk by pregnancy, or who suffer complications from an unsafe abortion.

For more information, see the report Separated families, broken ties: Women imprisoned for obstetric emergencies and the impact on their families