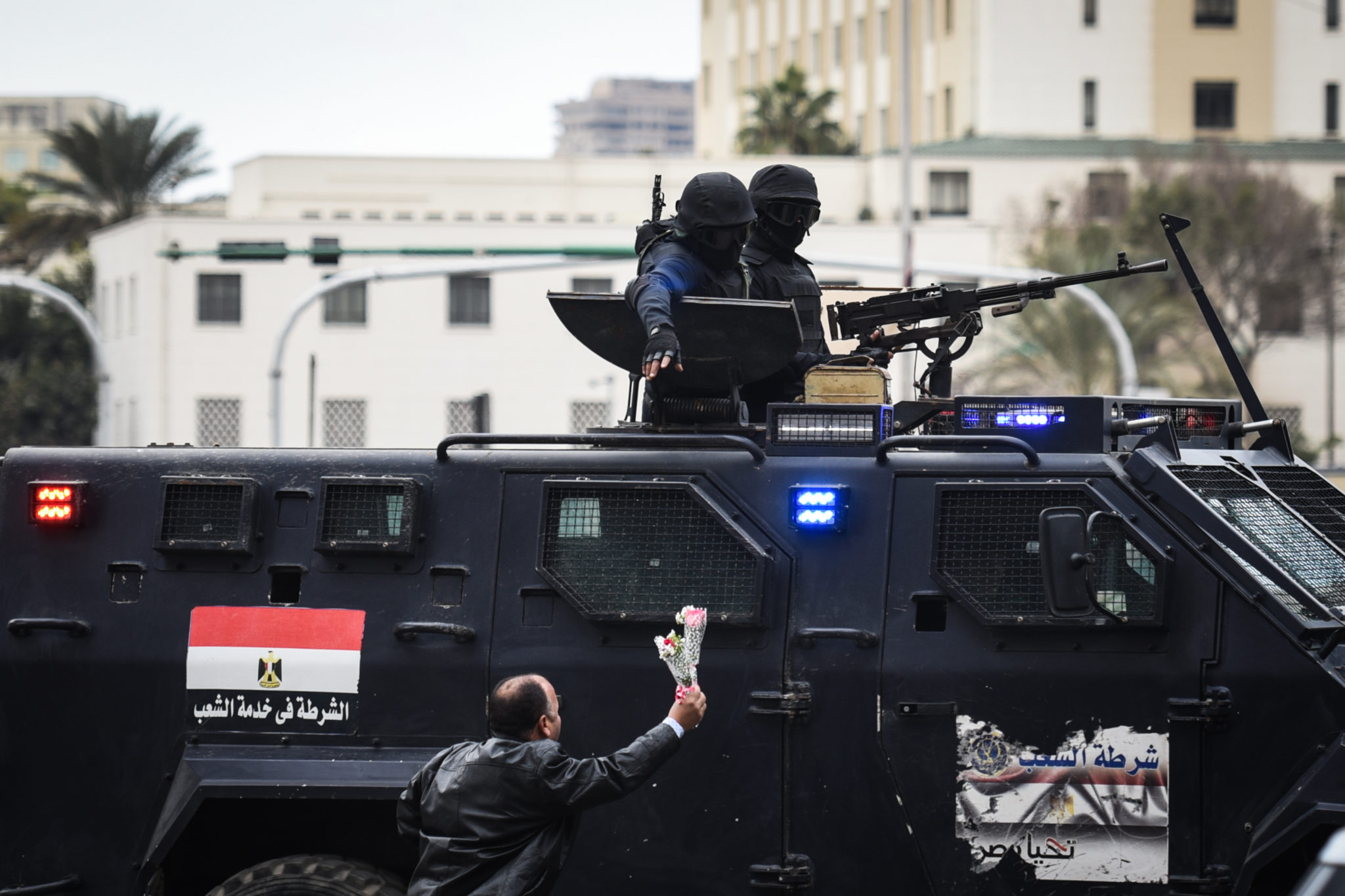 Egypt: Video of extrajudicial executions offers glimpse of hidden abuses by the military in North Sinai

Information gathered by Amnesty International confirms that members of Egyptian military are responsible for at least seven unlawful killings, including shooting dead at point blank range an unarmed man and a 17-year-old child.

The organization’s experts analysed leaked video footage of the killings and compared it with photographs and a Youtube video published by the Egyptian military, as well as interviewing Sinai-based sources and experts.  The footage shows a member of the Egyptian military shooting the child dead alongside another man in military uniform, whose accent indicates that he is a Sinai local. The bodies of five other men who appear to have been killed earlier also appear in the video.

“The ease with which the members of the Egyptian military forces participated in the killing of defenceless men in cold blood shows that they fear no oversight or accountability for their actions. These killings amount to extrajudicial executions, crimes which Egypt has an obligation under international law to investigate, prosecute and punish. They fit into a disturbing pattern of apparent such killings in North Sinai,” said Najia Bounaim, Amnesty International’s Campaigns director for North Africa.

In January, Amnesty International highlighted the extrajudicial execution of six men by members of the security forces in North Sinai. The men had been in state custody for one to three months at the time of their killing.

before they were shot dead. The USA is Egypt’s main supplier of military equipment. According to the Stockholm International Peace Research Institute (SIPRI), the USA has delivered over 1,000 Armoured Personnel Vehicles to Egypt since 2003, including 100 Humvees (High Mobility Multipurpose Wheeled Vehicles).

“States including the USA have been transferring arms used by the military in North Sinai without ensuring any oversight or monitoring of the extent to which they may being used to commit or to facilitate the commission of serious human rights violations. All such transfers must be halted,” said Najia Bounaim.

Amnesty International has confirmed that a Facebook statement by Egypt’s military spokesperson in December 2016 and YouTube video by the Ministry of Defence on 5 November 2016 showed images of at least two of the victims who are seen being killed in the leaked video. The spokesman said these were “terrorists” killed by the military during counter-terror operations in North Sinai. The leaked video however, shows that at least two of the men killed were unarmed at the time and analysis of the footage indicates that the arms were later planted by the military next to their bodies to make it appear as if they were fighters killed after an exchange of fire.

In analysing the video, Amnesty International experts also confirmed that this incident took place before 5 November 2016 given the video posted by the Ministry of Defence was posted on that date.

According to Sinai-based sources, this video was shot in a desert area that lies between south Sheikh Zowaid and Rafah in North Sinai. Online local news outlet Sinai 24 reported that two of the victims are brothers, named Abd el-Hady Sabry, aged 16 and Dawood Sabry aged 19. They both belong to a tribe called al-Awabda from Rafah town on the Egypt-Israel border. This is consistent with the video, which shows that prior to being shot dead the teenager said that he belonged to the al-Awabda tribe and was from Rafah.

The video clearly shows the man in uniform with a Sinai accent, believed to be a local bedouin recruit operating under military control, shooting an unarmed man with five bullets to the head.  Over the past couple of years the military in Sinai has increasingly relied on some local Sinai families to assist them in intelligence gathering. An August 2016 Mada Masr article cites interviews with Sinai recruits who acted as auxiliaries to assist the military in conducting operations in areas where the military could otherwise not enter. Sinai observer, Mohannad Sabry, said that this had created much friction between Sinai tribes related to revenge and retaliation given these non-military armed members acted outside of the law on many occasions against

“It is crucial that those responsible for these appalling killings do not go unpunished.  A failure to prosecute and punish those responsible will further fuel the pervasive impunity for crimes committed by security forces and give a green light for an escalation of violations.”

In January 2017 Amnesty International called for an investigation into the extrajudicial execution of six men in North Sinai by Egypt’s Ministry of Interior. According to the Egyptian authorities the men were killed in an exchange of fire during a raid on a house in al-Arish. However, Amnesty International’s research, based on interviews with relatives of the men, Sinai-based activists and witnesses, indicates that six of the men had in fact been in police custody in al-Arish at the time of their deaths.