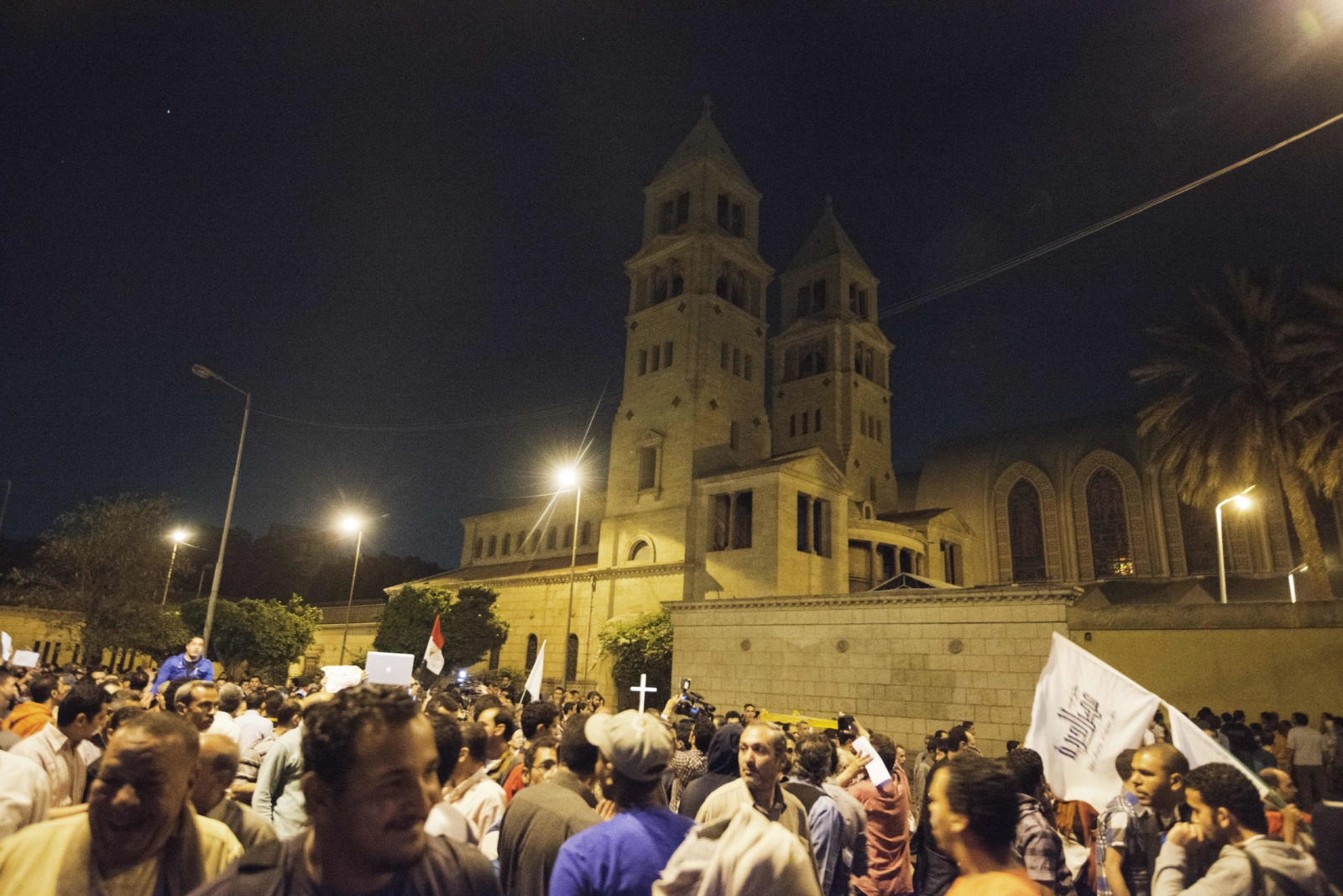 The Egyptian authorities must offer urgent protection to Coptic Christians in North Sinai and provide essential services and accommodation to hundreds who were forced to flee their homes, after seven people from the community were killed in a series of attacks there over the past month, said Amnesty International.

The government has failed to take action to protect Christians in North Sinai who have increasingly faced kidnapping and assassinations by armed groups over the past three years.  The authorities have also failed to prosecute those responsible for sectarian attacks against Christians elsewhere in Egypt, resorting instead to state-sponsored reconciliation agreements which, at times, have involved the forced eviction of Christian families from their homes.

At least 150 Coptic Christian families have fled al-Arish as a result of the latest violence according the Minister of Parliamentary Affairs. Most have sought shelter in the neighbouring governorate of Ismailia in overcrowded temporary accommodation without adequate access to essential services.

“This terrifying wave of attacks has seen Coptic Christians in North Sinai hunted down and murdered by armed groups. No one should face discrimination – let alone violent and deadly attacks – because of their religious beliefs. The Egyptian authorities have consistently failed to protect Coptic residents of North Sinai from a longstanding pattern of violent attacks, they must not let them down further now.  The government has a clear duty to ensure safe access to housing, food, water and medical and other essential services to all those who have been forced to leave their homes due to violence and persecution. The government must also end the prevailing impunity for attacks against Christians elsewhere around the country and end its reliance on customary reconciliation deals which further fuel a cycle of violence against Christian communities,” said Colm O’Gorman, Executive Director of Amnesty International Ireland.

In the latest attacks, seven Coptic Christians were killed in North Sinai between 30 January and 23 February. On 19 February a Sinai affiliate of the armed group that calls itself the Islamic State also broadcast a video message threatening the lives of Copts and claiming responsibility for the bombing of a Cairo church in December 2016 that killed at least 25.  Since 2013, Sinai-based armed groups have kidnapped a number of Christians for ransom, in some cases killing them.

“Majid Halim”, whose name has been changed to protect his identify, fled al-Arish to Cairo with seven of his family members after the killings last month. He told Amnesty International that his father, who runs a stationery shop in al-Arish, had received many threats over the past two years and his photo had been published on Facebook pages alongside a message inciting violence against Coptic Christians and demanding that they leave the town. He, his father and brother were forced to abandon their property and livelihoods, including three shops and the family home comprising of six apartments.

Nabila Fawzy witnessed the killings of her husband Saad Hakim and son, Medhat Saad Hakim, by masked gunmen on 21 February.  She told media outlets that at 10.30 pm she heard heavy knocking on the door of their house. When her son opened the door he was attacked by two gunmen who threw him on the ground and shot him in the head. She came out of her room and saw him lying on the ground bleeding from his nose. The armed men took her outside the house and then went back inside and shot her husband. They asked her if she had gold or money and took her wedding ring, as well as looting items from the house, before setting it on fire and leaving.

Amnesty International spoke to Nabila’s son in law, Sameh Mansour, whose account of what happened was consistent with Nabila’s description of events. He also said that just days ago on 22 February his neighbours told him that two masked men had come to his home and knocked on his door while he was out making arrangements for the burial of his murdered relatives. The next day, he and his family travelled to Suez governorate for the burial. That same day one of his neighbours Kamel Abu Romany, who lived 150 meters away from Mansour’s house, was also killed by armed gunmen. Mansour fled with his family leaving his house and his job and now he lives in temporary accommodation in Ismailia. He is also trying to place his young children in new schools in Ismailia.

Those displaced by the latest outbreak of violent attacks in North Sinai, including many children and elderly people, are sheltering in overcrowded church and government buildings, or with host families in Ismailia who opened up their homes to the displaced. They desperately need long-term accommodation and access to essential services. Many were forced to leave their homes taking only what they could carry in their arms and have abandoned their jobs and livelihoods or disrupted their school or university studies.

“The Egyptian authorities must ensure that those who have fled are resettled in secure housing, have adequate access to basic necessities and are granted opportunities to pursue education and employment,” said Colm O’Gorman.

The authorities also have a duty to ensure that the property of people who have been internally displaced is not looted, destroyed of illegally seized or occupied. In addition, the authorities must establish the circumstances that allow those internally displaced to voluntarily return home in the future or to resettle in another part of the country. Attacks against the Egyptian Coptic Christian religious minority have escalated since the ouster of former President Mohamed Morsi in July 2013. Coptic churches and homes have been set on fire, members of the Coptic minority have been physically attacked, and their property has been looted. Many violent incidents against Christians took place in Minya governorate over the past year.

Successive Egyptian governments have failed to tackle a longstanding pattern of discrimination against Copts and rising incidences of sectarian violence, by bringing those responsible for sectarian crimes to justice. Instead of prosecuting those behind such violent attacks the Egyptian government of Abdel Fattah al-Sisi has continued to rely on state-sponsored reconciliation agreements, which in some cases have involved forcibly evicting Coptic Christians from areas where they are under threat.