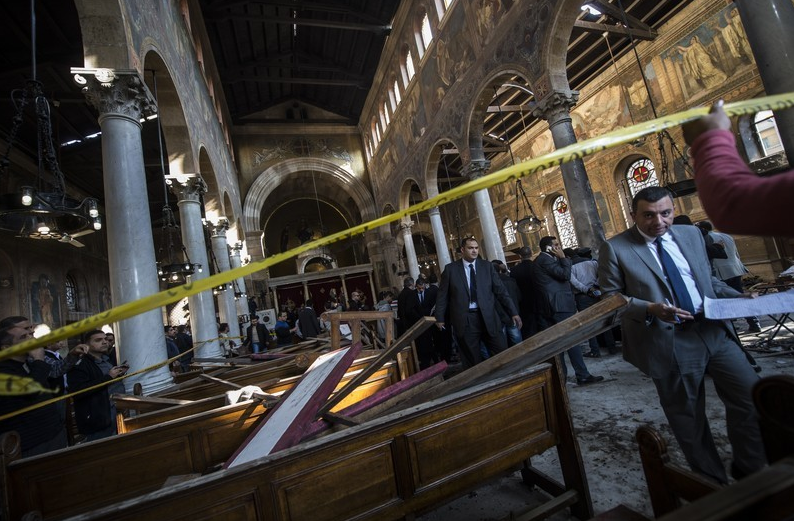 Egypt: Bring to justice those behind deadliest church attack in years

Those responsible for yesterdays reprehensible bombing at a Coptic Christian church in Cairo should be brought to justice in fair trials without recourse to the death penalty, said Amnesty International.

At least 25 people were killed and many more injured in the bombing, which took place during Sunday worship at St Peter’s Coptic Orthodox Church, according to figures released by Egypt’s Health Ministry. The building is next to Saint Mark’s Cathedral in the district of Abbassia, the seat of the Coptic Christian Pope.
“This sectarian attack targeting Coptic Christians as they attended Sunday worship is reprehensible and deeply disturbing,” said Philip Luther, Research and Advocacy Director for the Middle East and North Africa at Amnesty International.

“The Egyptian authorities must do everything in their power to ensure that the investigation they have announced into today’s attack is effective, independent and impartial and brings to justice those responsible. They must send a message that attacks targeting religious minorities will not be tolerated.”

No group had claimed responsibility for the attack at time of writing.

It is the deadliest such attack since a church bombing in Alexandria on 1 January 2011 that killed 23 people.

This latest attack should be a wake-up call to the authorities that their actions to prevent attacks on Coptic Christians have long been inadequate, Amnesty International said.

For several years, the organization has called on Egypt to address systemic failures in the response to such violence, including after a wave of violence against Coptic Christians in 2013. Coptic Christians are Egypt’s largest religious minority.

The Egyptian authorities should immediately take all possible lawful measures, in full compliance with international human rights law, to prevent attacks on Coptic Christians and other minorities.

“The authorities should show zero tolerance for all sectarian violence and prosecute those responsible, instead of relying on customary ‘reconciliation meetings’ between communities,” said Philip Luther.