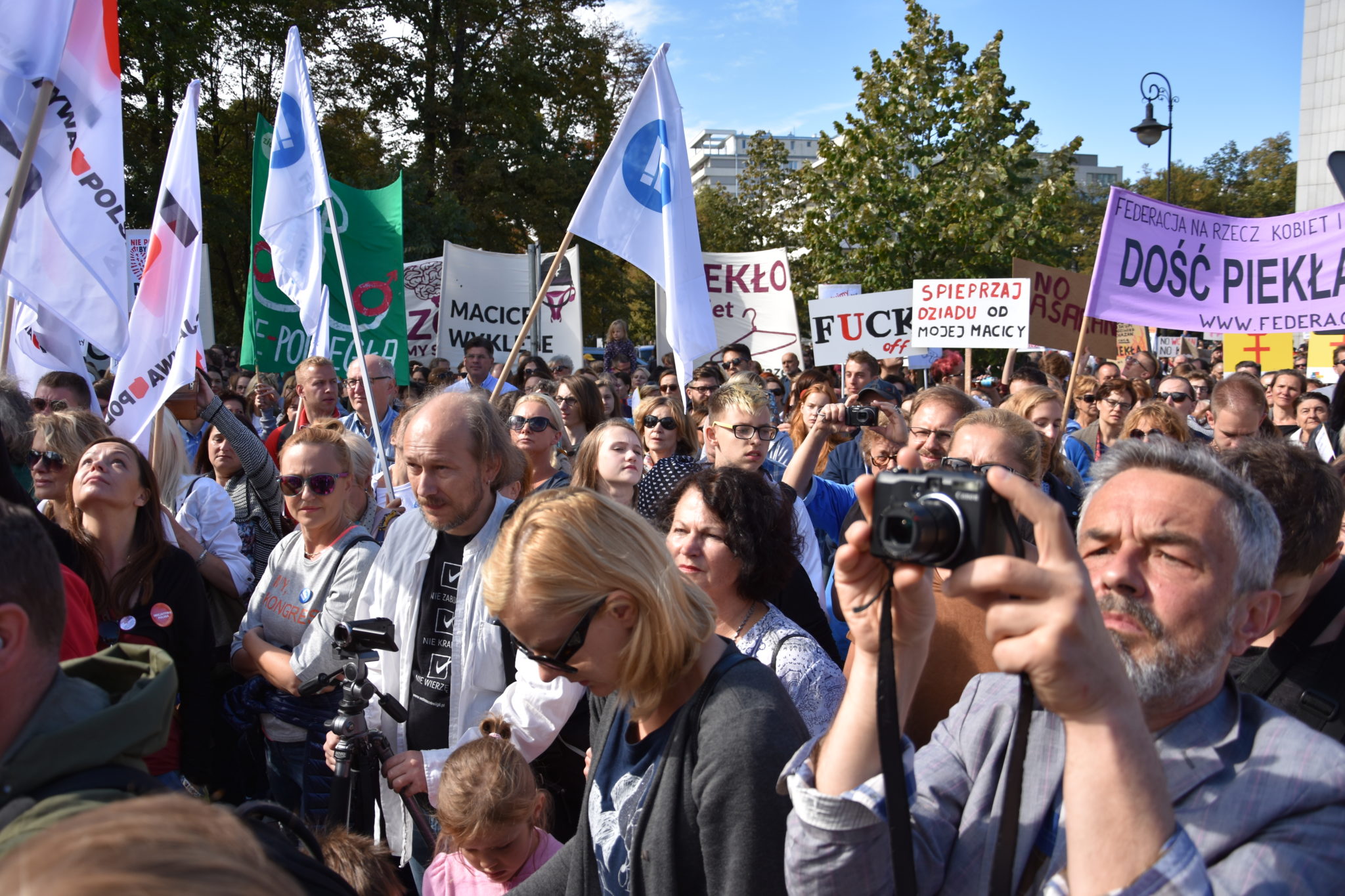 Decisions about my body do not belong to politicians

More than a year ago, tens of thousands of people poured onto streets in towns and cities across Poland. Standing in torrential rain they were part of an unprecedented mobilization against proposed restrictions to access to abortion. These women were part of what was called The Black Protest: and they won.

Today, however, their victory is at risk. Last night MPs voted to refer a Stop Abortion amendment that would increase restrictions on access to abortion for consideration by a parliamentary committee. Put forward by the anti-choice group, the Life and Family Foundation (Fundacja Życie i Rodzina), it proposes scrapping one of the three grounds for abortion permitted in Polish law, namely in cases of severe or fatal foetal impairments. Official statistics show that it is in such cases that the majority of legal abortions in Poland are carried out.

Things could have been very different. Yesterday, MPs were also considering a proposal to liberalize access to abortion put forward by the Save Women (Ratujmy Kobiety) initiative. But it was not to be. That proposal was narrowly rejected by 202 to 194 votes.

Poland’s abortion law is already one of the most restrictive in Europe, with abortion only permitted in cases of rape or incest, when the foetus is diagnosed with a severe or fatal impairment, or when the woman’s life or health is in danger. Amnesty International’s research in Ireland, El Salvador, Nicaragua, and Paraguay has shown that in all these countries women and girls pay a high price for restrictions on safe and legal abortion. They pay with their health, their well-being and even with their lives.

If enacted, the Stop Abortion amendment would inevitably place women’s health at risk and deprive them of a right recognised in international human right law. Indeed, according to international human rights standards, terminations in cases of severe or fatal foetal impairment are among the minimum grounds under which women and girls should have access to safe and legal abortion. Further restricting the law would force women to carry non-viable pregnancies to term, endanger their physical and mental health and force them to give birth to children that may have no chances of survival, subjecting them to unimaginable suffering.

Currently women in Poland face huge barriers when attempting to access legal abortions, partly because of the so-called “conscience clause”, which allows doctors to refuse treatment on religious grounds. In the current climate doctors and nurses who are willing to perform legal abortions are exposed to pressure and are often scared of being criminalised or stigmatised.

In a highly publicised case, a professor of gynaecology used the “conscience clause” when he refused to perform a termination in a case of multiple severe and fatal foetal impairments. The woman was forced to carry the pregnancy to term and gave birth to a child with multiple medical conditions, including hydrocephaly. The child died after 10 days of suffering, never having had a chance of survival. The parents of the child suffered tremendous grief and trauma.

Speaking to a national TV station just over a year ago, the woman who been forced to continue her pregnancy and had lost the child said: “It was the doctor’s conscious decision to make our child suffer…He considered his conscience more important than my rights”.

Last night’s vote comes as little surprise. Just days after the victory of The Black Protest campaigners, anti-choice groups and politicians were already devising new strategies to try and restrict access to abortion. Indeed, the proposal for the Stop Abortion amendment gathered more than 800,000 signatures. Media reports have suggested that Catholic priests were calling for support of the amendment, with anti-choice volunteers collecting signatures in front of church doors.

The parliamentary committee to which the Stop Abortion amendment has been referred does not have a time limit for its consideration. This means that it could either be rushed through in a matter of days, or, kicked into the long grass not surfacing again for many months.

In a parallel initiative, more than 100 MPs, mainly from the ruling party, have applied to get the current law that allows for abortions on the grounds of severe or fatal fetal impairments declared unconstitutional. Their application to the constitutional tribunal – which is effectively under the control of the ruling party – could result in this provision being removed from legislation within days, if successful.

But before this happens, Poland’s women – and others around the world – will mobilize again. They will continue to resist further restrictions on access to abortion and make clear that decisions about our bodies and health should be made by us and not by politicians.

This article was first published by Euronews