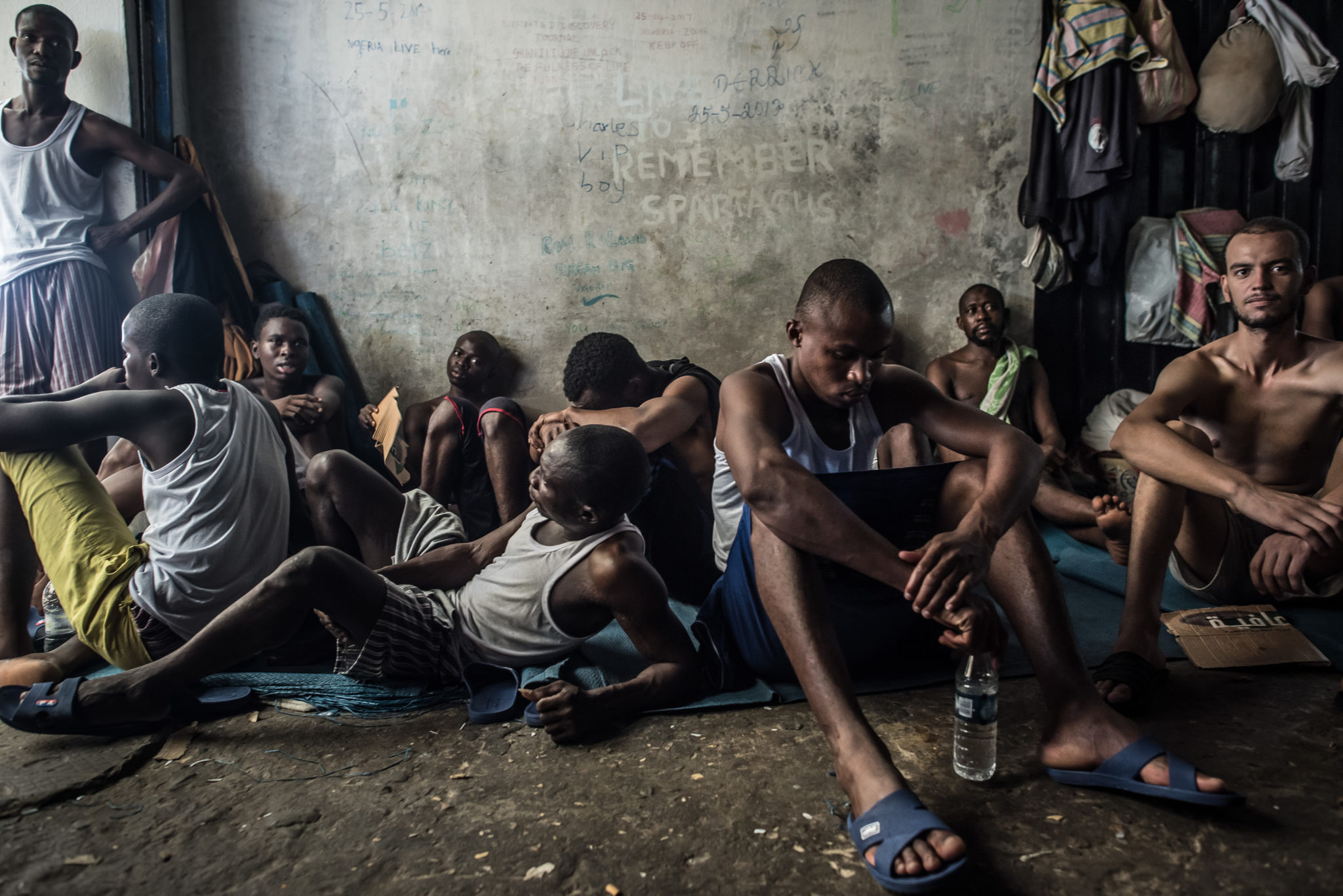 A year after shocking images purporting to show human beings being bought and sold in Libya caused a global outcry, the situation for migrants and refugees in the country remains bleak and in some respects has worsened, said Amnesty International.

Findings published by the organisation today highlight how EU member states’ policies to curb migration, as well as their failure to provide sufficient resettlement places for refugees, continue to fuel a cycle of abuse by trapping thousands of migrants and refugees in appalling conditions in Libyan detention centres.

“One year after video footage showing human beings being bought and sold like merchandise shocked the world, the situation for refugees and migrants in Libya remains bleak,” said Heba Morayef, Middle East and North Africa Director for Amnesty International.

“Cruel policies by EU states to stop people arriving on European shores, coupled with their woefully insufficient support to help refugees reach safety through regular routes, means that thousands of men, women and children are trapped in Libya facing horrific abuses with no way out.”

Migrants and refugees in Libyan detention centres are routinely exposed to torture, extortion and rape.

The UN refugee agency (UNHCR) has registered 56,442 refugees and asylum seekers in Libya and has repeatedly called on European and other governments to offer resettlement to refugees stranded in Libya, including through evacuation to Niger. However, only 3,886 resettlement places have been pledged by 12 countries and in total just 1,096 refugees have been resettled from Libya and Niger so far. Italy separately evacuated 312 asylum seekers from Libya directly to Italy between December 2017 and February 2018, but no further evacuations have taken place since.

Over the past two years EU member states have put in place a series of measures to block migration across the central Mediterranean, boosting the capacity of the Libyan Coast Guard to

intercept sea crossings, striking deals with militias in Libya and hampering the work of NGOs carrying out search and rescue operations.

These policies have contributed to a nearly 80% drop in the numbers crossing the central Mediterranean and arriving in Italy, from 114,415 between January and November 2017 to just 22,232 so far in 2018. There are currently around 8,000 refugees and migrants being held in detention centres in Libya.

With the central Mediterranean sea route almost completely shut off, and the Libyan authorities keeping refugees in unlawful detention and refusing to release them to UNHCR’s care, the only way out of Libyan detention centres is through evacuation to another country via programmes run by the UN. For refugees, who cannot return to their home country, the lack of international resettlement places on offer has left thousands stranded in Libyan detention centres.

The opening of a long promised UNHCR processing centre in Libya that would offer safety for up to 1,000 refugees by allowing them to relocate from the abusive detention centres has been repeatedly delayed. Its opening would undoubtedly be a positive step, but it would only assist a small proportion of refugees in detention and does not offer a sustainable solution.

“At the same time as doing their utmost to stop sea crossings and helping the Libyan Coast Guard to intercept people at sea and send them back to notorious detention centres, European governments have catastrophically failed to offer other routes out of the country for those most in need,” said Heba Morayef.

“While Europe fails to extend the desperately needed lifeline to save those stuck in Libya and at risk of abuse, it is time that the Libyan authorities take responsibility for their atrocious policies of unlawful detention and protect the human rights of all people in their territory.”

Armed clashes in Tripoli between August and September this year have also made the situation for refugees and migrants more dangerous. Some of those held in detention centres have been wounded by stray bullets. There have also been instances where detention centre guards have fled to escape rocket attacks leaving thousands of inmates locked up without food or water.

The publication of Amnesty’s findings is timed to coincide with a meeting of Libyan and other world leaders in the Italian city of Palermo on 12 and 13 November. This international conference is intended to find solutions to break the political stalemate in Libya. Amnesty International is calling on all those taking part in the conference to ensure that human rights of all people in the country, including refugees and migrants, are placed at the centre of their negotiations.