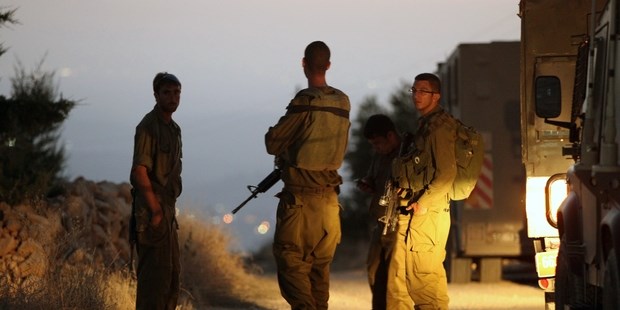 The conviction of an Israeli soldier who shot dead a Palestinian man involved in a knife attack in Hebron as he lay wounded on the ground offers a small glimmer of hope amid the rampant impunity for unlawful killings in the Occupied Palestinian Territories, said Amnesty International today.

The soldier, Elor Azaria, was found guilty of the manslaughter of Abed al-Fatah al-Sharif, one of two Palestinians believed to have been involved in the stabbing of an Israeli soldier on 24 March 2016 in Hebron, after a military court ruled that his actions violated the Israeli army’s rules of engagement.

“Today’s conviction of a member of the Israeli forces is a rare occurrence in a country with a long record of using excessive and unwarranted force, and where soldiers who may have committed crimes under international law very seldom face prosecution. The verdict is a small step in the right direction and offers a glimmer of hope that soldiers who commit unlawful killings may no longer go unpunished,” said Colm O’Gorman, Executive Director of Amnesty International Ireland.

Video evidence which emerged of the incident showed Elor Azaria appearing to shoot the injured man with no apparent justification, and the court ruled that the only reason for the shooting was his wish to take revenge for the previous knife attack. For a soldier to carry out the deliberate killing of someone who had been captured and posed no imminent threat to life would amount to an extrajudicial execution and is a crime under international law.

Elor Azari’s claims that he had acted in self-defence fearing the wounded man wore an explosive vest were firmly rejected by the court.

Previous Israeli investigations into such violations have fallen far short of international standards. In several cases Israeli forces were not held accountable despite strong evidence that a crime had taken place.

“Sadly, this case is just the tip of the iceberg. Time and again we have witnessed cases where Israeli forces appear to have carried out unlawful killings, displaying an appalling disregard for human life. The authorities’ repeated failure to hold anyone accountable for flagrant violations has fostered a culture in which unlawful killings have become acceptable,” said Colm O’Gorman.

“To end this bitter cycle of unlawful killings it is crucial that those responsible for violations are held accountable for their actions.”

In a memorandum sent to the Israeli authorities in September 2016 Amnesty International highlighted at least 20 cases of apparently unlawful killings of Palestinians by Israeli forces. In at least 15 of these cases those killed were deliberately shot dead, despite posing no imminent threat to life.