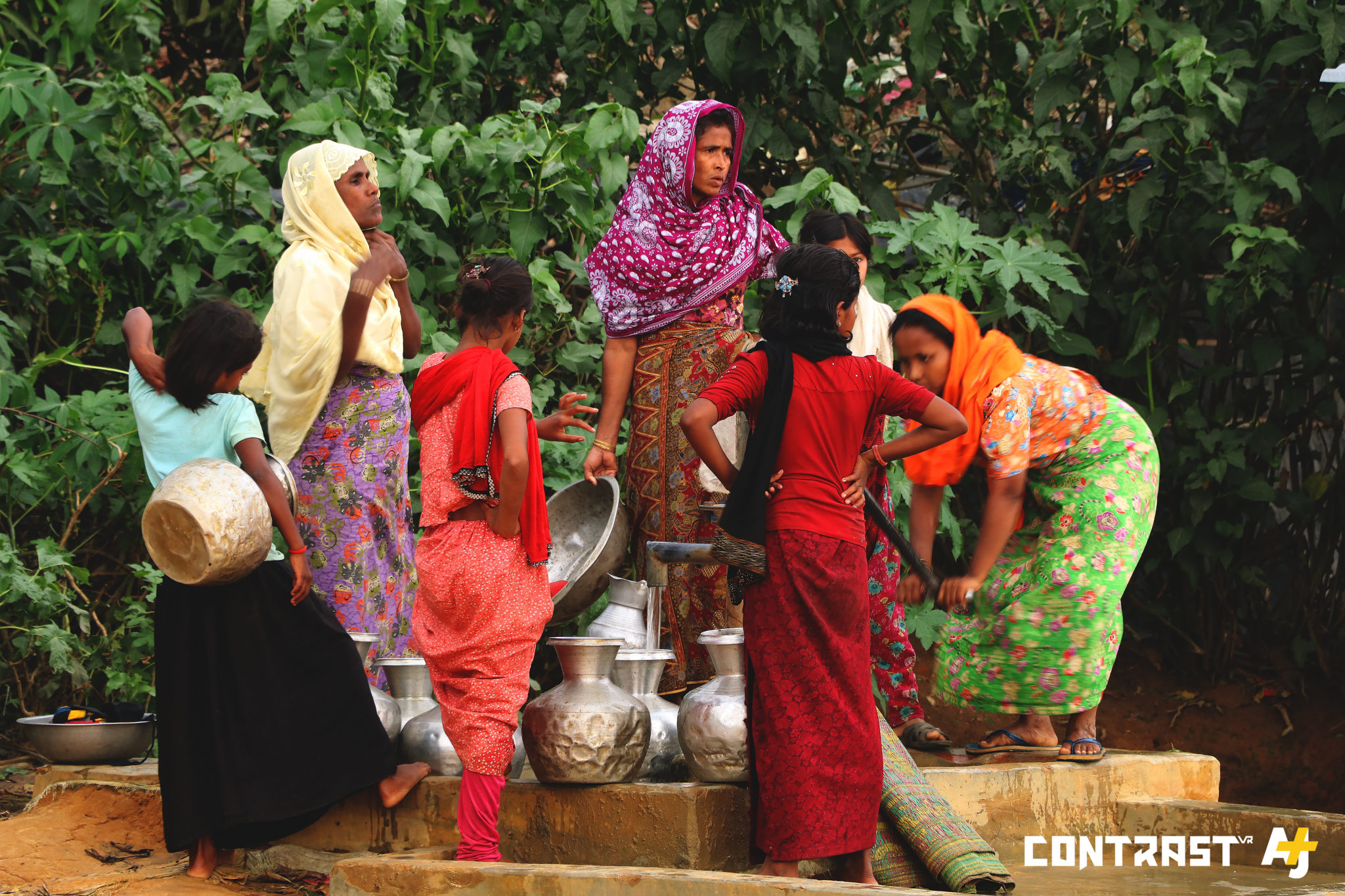 Contrast VR Releases ‘I Am Rohingya’ in Partnership with Amnesty International

Directed and produced by Contrast VR Editorial Lead Zahra Rasool and co-produced by award-winning filmmaker and journalist Aela Callan, Contrast VR Original I Am Rohingya is the first VR documentary filmed in a Rohingya refugee camp.

I Am Rohingya gives a glimpse into the life of a Rohingya Muslim, Jamalida Begum, and her two children in the slums of the Kutupalong refugee encampments in Bangladesh. Jamalida is one of hundreds of thousands of Rohingya who escaped atrocities in Myanmar and are now in limbo, unable to be resettled or return to their homes. The film depicts Jamalida’s current living situation in the refugee camp and her resilience in the face of adversity.

“This film is essential viewing in that it offers a visceral look at how one woman’s life was brutally shattered by the Myanmar authorities’ campaign of repression against the Rohingya. For this to happen to a single family is a horrific crime; the subsequent ethnic cleansing of more than 480,000 Rohingya amounts to crimes against humanity. Jamalida’s story could not be more timely: With the UN Security Council meeting again this week, the world must take urgent action to stop the atrocities taking place in Myanmar’s Rakhine State,” said Tirana Hassan, Crisis Response Director at Amnesty International, who recently returned from the Myanmar/Bangladesh border.

“We’re excited to partner with Amnesty International to release this film,” said Zahra Rasool, Contrast VR’s editorial lead. “We hope that more people will view the film and be informed about the plight of the Rohingya refugees and the urgency of their situation. We’ve decided to release the film early in light of this escalating humanitarian crisis.”

The Contrast VR team traveled to Cox’s Bazar, Bangladesh, in May 2017 to cover what was at the time an underreported refugee crisis. According to Amnesty International, at least 80 inhabited sites in Myanmar’s northern Rakhine State have been destroyed by Myanmar’s security forces, with entire villages burnt to the ground. The true scale of the destruction is almost certainly much greater, as cloud cover obscured many areas. Since August 25th, an estimated 480,000 Rohingya have fled Myanmar to Bangladesh. Eighty percent of those fleeing are women and children, and many are injured.

I Am Rohingya’s full-length film will be released on AJ+ and Vimeo and shared across Al Jazeera English (AJE) online, Contrast VR, and Amnesty International. I Am Rohingya is the first in a series of original documentaries that aim to transport viewers to the people and cultures hit hardest by inequality and conflict.