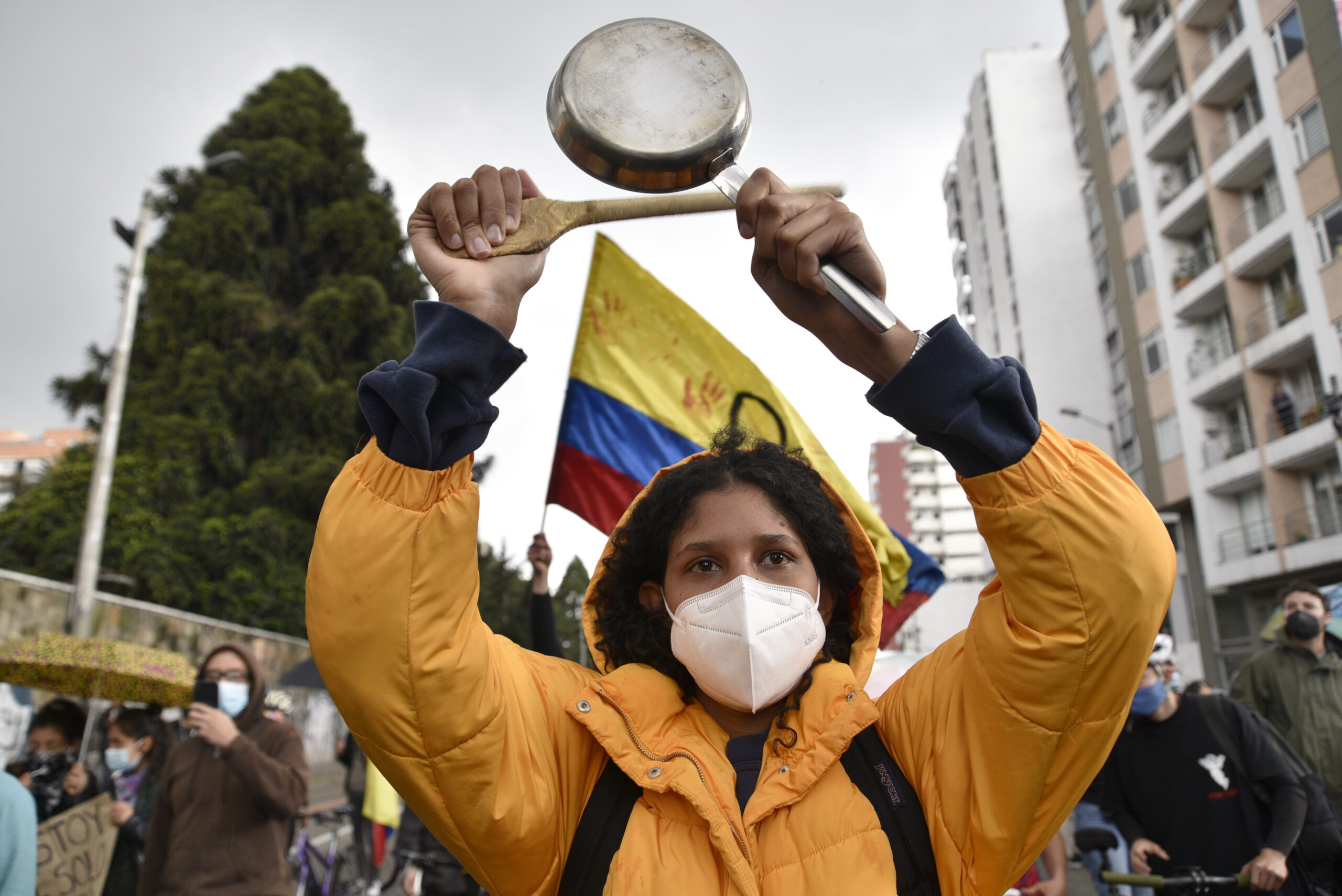 Colombian authorities must end the repression of demonstrations, cease the militarization of cities and ensure that respect for and guarantee of human rights are at the center of any public policy proposal, including tax reforms, Amnesty International said today, after publishing audiovisual evidence, verified by its Digital Verification Corps, of excessive and unnecessary use of force by the security forces tasked with controlling protests.

“The Colombian authorities must promptly, independently and impartially investigate all allegations of excessive and unnecessary use of force against demonstrators, which has resulted in dozens of people being killed and injured, arbitrary detentions, acts of torture and sexual violence, and reports of people disappearing. They must also respect freedom of expression and the press, and ensure that journalists can cover the news in safety,” said Erika Guevara-Rosas, Americas director at Amnesty International.

Since 28 April, there have been demonstrations, mostly peaceful, in different parts of the country in response to the tax reform bill presented by President Iván Duque, which have often been violently repressed. On 1 May, the president announced a military presence in “urban centers where there is a high risk to the integrity of citizens”, and stated: “I want to issue a clear warning to those who, through violence, vandalism and terrorism, seek to intimidate society and think that by this mechanism they will break the institutions”.

“The population’s discontent over economic measures that they perceive as unfair and may put their human rights at risk should not be labeled ‘vandalism and terrorism’, as President Iván Duque has done, nor be used as an excuse for violent repression,” said Erika Guevara-Rosas.

As of 3 May, civil society organisations reported 26 people killed as a result of repression by the National Police and 761 arbitrary detentions. They also reported 142 victims of mistreatment, nine victims of sexual violence and 56 reports of people disappearing in the context of the demonstrations. In addition, there were reports of attacks against journalists, including acts of physical violence, arbitrary arrests, and the deletion of journalistic material.

Through analysis and verification of audiovisual images, Amnesty International has confirmed that Colombian police have used lethal weaponry in several incidents, as well as indiscriminate use of less lethal weapons such as tear gas, water cannons and other materials against demonstrators in several parts of the country. For example, the use of the Galil Tavorn rifle was identified in Cali during the repression of demonstrations on 30 April, as were police pointing semi-automatic weapons directly at unarmed demonstrators on 2 May in Popayán. In another incident, on 1 May in Bogotá, an armored vehicle was seen firing live ammunition. All such weaponry is prohibited for the dispersal of protests under international standards.

Amnesty International considers that the human rights violations and crimes under international law committed by the security forces are not isolated or sporadic events but fit a consistent pattern in the modus operandi and the kinds of violations committed across the country.

The Inter-American Court of Human Rights has established that states that are party to the American Convention on Human Rights, such as Colombia, must “restrict to the maximum extent the use of armed forces to control domestic disturbances, since they are trained to fight against enemies and not to protect and control civilians, a task that is typical of police forces”. Likewise, the Court has established that the exceptional participation of the armed forces in these tasks should be extraordinary, subordinate and complementary, regulated, through legal mechanisms and protocols on the use of force, under the principles of exceptionality, proportionality and absolute necessity and in accordance with the respective training in the matter and audited by competent, independent and technically capable civilian bodies.

Even in the face of allegations of violence perpetrated by demonstrators in some protests, the authorities have the duty to take all appropriate measures to deal with such violence while ensuring that those who protest peacefully can continue to do so.

In light of the withdrawal of the tax reform bill and the announcement of a new one, the government must ensure that any public tax policy it adopts is designed and implemented in line with Colombia‘s international human rights obligations. This means ensuring that measures are temporary, reasonable and proportionate, that less restrictive alternative measures have been exhausted, and that the genuine participation of the individuals and groups involved is guaranteed. The government should urgently undertake a human rights impact assessment of these measures to ensure that they are non-discriminatory and that they respect, in particular, the rights of historically marginalized groups, and take into account the context of the COVID-19 pandemic and its differential impact.

In light of the announcement of more demonstrations, Amnesty International calls on the authorities to guarantee the Colombian people’s right to peaceful protest and reminds President Iván Duque that deploying the armed forces to control demonstrations only increases the risk of further human rights violations and crimes under international law.