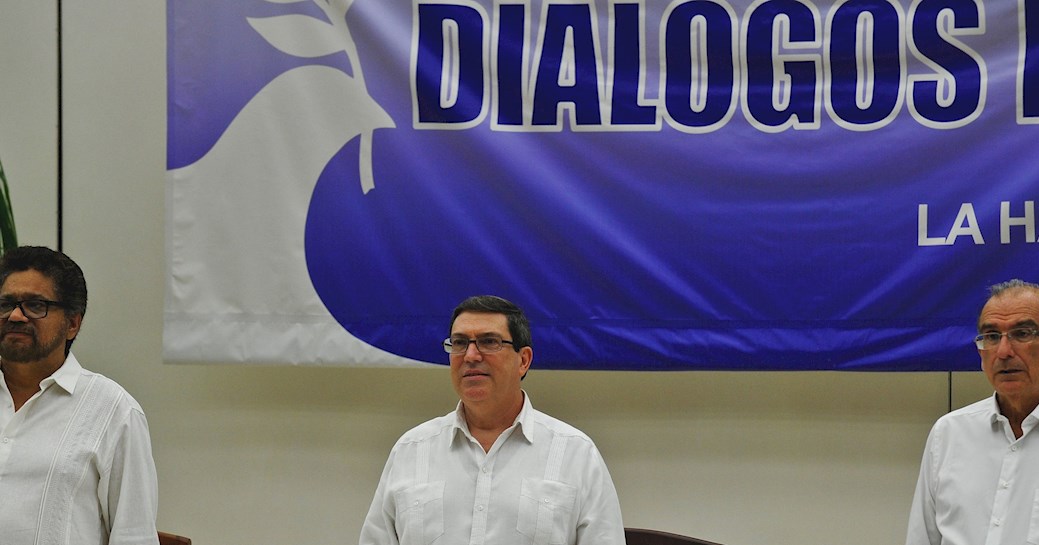 Colombia: End of negotiations over conflict brings hopes of peace

The announcement that the Colombian government and the Revolutionary Armed Forces of Colombia (FARC) have reached a deal to end the five decade-old armed conflict is a momentous and long-awaited development that brings hope that peace will at last be possible, said Amnesty International.

In Cuba, the two sides announced that, after almost four years of official talks, they had settled all the major outstanding issues. The 297-page agreement covers a range of issues, such as rural reform, political participation, drugs trafficking and victims’ rights.

“We are seeing history being made in Colombia. One of the key issues to ensure a long-lasting and sustainable peace will depend largely on whether the authorities can ensure  the millions of victims of disappearances, killings, sexual violence, forced displacement and torture see proper justice,” said Colm O’Gorman, Executive Director of Amnesty International Ireland.

The specific agreement on the rights of victims, which was finalised and made public at the end of last year, sets out the mechanisms to be implemented to ensure victims’ rights to truth, justice and reparation. However, serious doubts remain about whether it will effectively guarantee these rights in line with international law and standards.

The conflict has been marked by crimes under international law, including unlawful killings, forced displacement, enforced disappearances, hostage-taking, torture and crimes of sexual violence, committed by all the parties, including the security forces and paramilitaries, either acting alone or in collusion with each other, and guerrilla groups.

Many of these human rights violations and abuses have not occurred in the context of direct combat between the security forces and guerrilla groups. Instead, many have been motivated by economic factors linked to the exploitation of lands occupied by Indigenous people and Afro-descendent and peasant farmer communities. There is, therefore, a very real risk that such crimes will continue even after the peace agreement is signed.

“For any peace to be truly effective the authorities must ensure that all those suspected of criminal responsibility in human rights violations are brought to justice in fair trials before civilian courts. They must also ensure that comprehensive measures are put in place to guarantee the safety of those groups and communities most at risk and to put an end to human rights violations and abuses,” said Colm O’Gorman.