Open Letter to Taoiseach calling for action for Ibrahim Halawa

We, the undersigned, call upon you as both concerned citizens and organisations to use the full power of your office to demand the immediate and unconditional release of 18 year old Irish teenager Ibrahim Halawa who has been held in preventive detention in Egypt for over a year without trial.

Ibrahim was only 17 years old at the time of his arrest over a year ago, on 17 August 2013, when he was arrested during the wave of protests following the violent dispersal of Mohamed Morsi supporters’ sit-ins in Cairo. He has been held alongside hundreds of other adult prisoners since then, in contravention of both Egyptian and international law. Evidence proving Ibrahim’s age has been presented to the Egyptian authorities by Ibrahim, his family, his lawyers, and the Irish Embassy but so far it has been ignored. 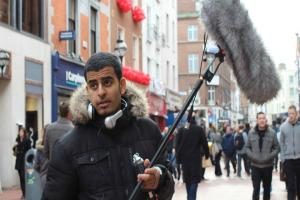 While in jail, Ibrahim says he has been subjected to torture and other ill-treatment including electrocution, being stripped half naked, being beaten with whips and chains, and being held in solitary confinement.

No evidence has been provided to show that Ibrahim was ever involved in any illegal activity – instead he has been arrested for peacefully exercising his right to freedom of expression. Ibrahim is now facing trial alongside almost five hundred defendants.

If convicted, Ibrahim may face a sentence from imprisonment of 6 months up to the death penalty. At the start of the first hearing on 12th August 2014, defence lawyers complained that even those defendants who were present in court were unable to hear or participate in the proceedings because of the newly installed glass screen, the judges eventually recused themselves without setting a specific date for the next trial.

As he has explained in a handwritten letter to Catherine Ashton, High Representative of the European Union for Foreign Affairs, Ibrahim says he has also been singled out and subject to special mistreatment due to his Irish citizenship with taunts such “Do you think the EU are going to save you? The passport is nothing, you are not someone important. They will not come and take you out.” Ibrahim has faced his ordeal with dignity and humanity beyond his years – his response has been simple; “I know I am important, I am human and that is enough”.

Ibrahim’s age and the discrimination he has been subjected to mean he is particularly vulnerable and in need of help, however he is far from alone in suffering these abuses. By intervening in his case Ireland can also send a strong message to the Egyptian authorities that the international community will not tolerate human rights abuses of this magnitude.

We urge the Irish Government to immediately:
1) Make all possible efforts to secure Ibrahim’s immediate and unconditional release as he is a prisoner of conscience detained solely for peacefully exercising his right to freedom of expression.
2) Call on the Egyptian Government to respect its international obligations including obligations that stem from the UN Convention on the Rights of the Child, to which Egypt is a state party. Egypt is obliged to ensure that any detention of a juvenile shall be in conformity with law, used as a measure of last resort, and for the shortest appropriate period of time. Ibrahim’s preventive detention has already lasted for over a year – it must not be permitted to last any longer.
3) Join the United Nations High Commissioner for Human Rights, the European Union, and numerous other governments in condemning Egypt’s use of mass trials at which the death penalty may be imposed.

We appreciate your engagement and assistance in this case and we urge you to take further action to fulfil your responsibilities to Ibrahim by insisting that Ibrahim’s ordeal must end now.