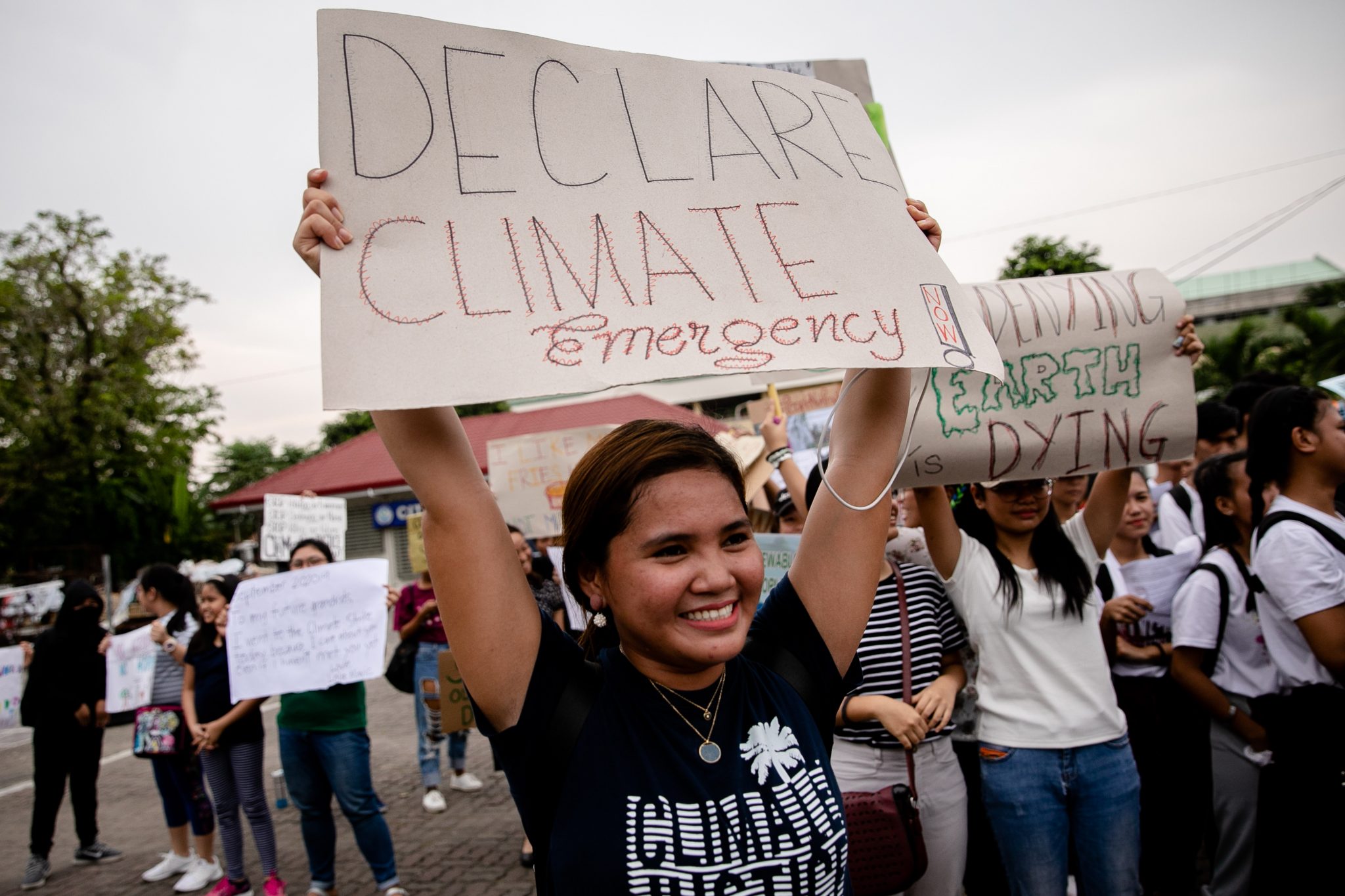 Climate change is one of the most important issues facing the world, according to a major new survey of young people published by Amnesty International today to mark Human Rights Day.

With the findings published as governments meet in Spain for the UN Climate Change Conference, the organisation warns that world leaders’ failure to address the climate change crisis has left them out of step with young people.

“In this year when young people mobilised in huge numbers for the climate, it can be no surprise that many of those surveyed saw it as one of the most important issues facing the world,” said Kumi Naidoo, Secretary General of Amnesty International.

“For young people the climate crisis is one of the defining challenges of their age. This is a wake-up call to world leaders that they must take far more decisive action to tackle the climate emergency or risk betraying younger generations further.”

They were asked for their opinions on the current state of human rights in their country and the world, which issues they feel are most important and who they feel is responsible for addressing human rights abuses.

“As we mark Human Rights Day, we need to recognise that the climate crisis will arguably be the defining issue for younger generations. The right to a healthy environment, including a safe climate, is essential for the enjoyment of so many other rights. It is a right that young people today have been forced to take the lead in asserting,” said Kumi Naidoo.

However, the survey’s findings extend well beyond the climate crisis, reflecting the everyday struggles and concerns facing Generation Z in their own countries.

At a national level corruption was most commonly cited as one of the most important issues (36%), followed by economic instability (26%), pollution (26%), income inequality (25%), climate change (22%) and violence against women (21%).

“This generation lives in a world of widening inequality, economic instability and austerity where vast numbers of people have been left behind,” said Kumi Naidoo.

“Faced with all this, the message from young people is clear. We are living inside a failed system. The climate crisis, pollution, corruption and poor living standards are all windows on an alarming truth about how the powerful have exploited their power for selfish and often short-term gain.”

The survey’s findings come at a time of widespread mass protests around the world, from Algeria to Chile, Hong Kong, Iran, Lebanon, and Sudan. Many of these movements have been largely led by young people and students, who have angrily called out corruption, inequality, and abuse of power and faced violent repression for doing so.

“Amnesty International believes that young people want to see systemic transformations. They want a reckoning with the climate emergency, with the abuse of power. They want to see a completely different future blossoming instead of the wreckage that we are heading towards,” said Kumi Naidoo.

Alongside climate change, a clear majority of young people value human rights in general and want to see their governments take most responsibility to protect them, according to the findings of the “Future of humanity” survey.

The majority of survey respondents agreed that:

The findings also revealed an unequivocal belief among many young people across every country surveyed that governments should take most responsibility for ensuring human rights are upheld, with 73% of respondents in total picking governments over individuals (15%), businesses (6%) and charities (4%).

Coupled with the results that show that most young people believe voting in elections is an effective method for initiating human rights change, over and above going on strike or attending a protest, the results were not all bad news for leaders who are “willing to listen”.

“If the leaders of the world are willing to listen carefully, they will notice that Generation Z are not asking for small tweaks. Young people are looking for fundamental changes in the way the world works. If leaders fail to take that seriously, they risk betraying a generation,” said Kumi Naidoo.

“If the events of 2019 teach us anything, it is that younger generations deserve a seat at the table when it comes to decisions about them. Unless the voices of those on the frontlines are part of the discussion on how we tackle the challenges facing humanity, the crises we are witnessing in the world will only get worse.

“Above all, governments must begin the new decade with meaningful action to address the climate emergency, reduce inequality and put in place genuine reforms to end abuses of power. We need systemic changes, built on human-rights, to the economic and political systems that have brought us to the brink.”