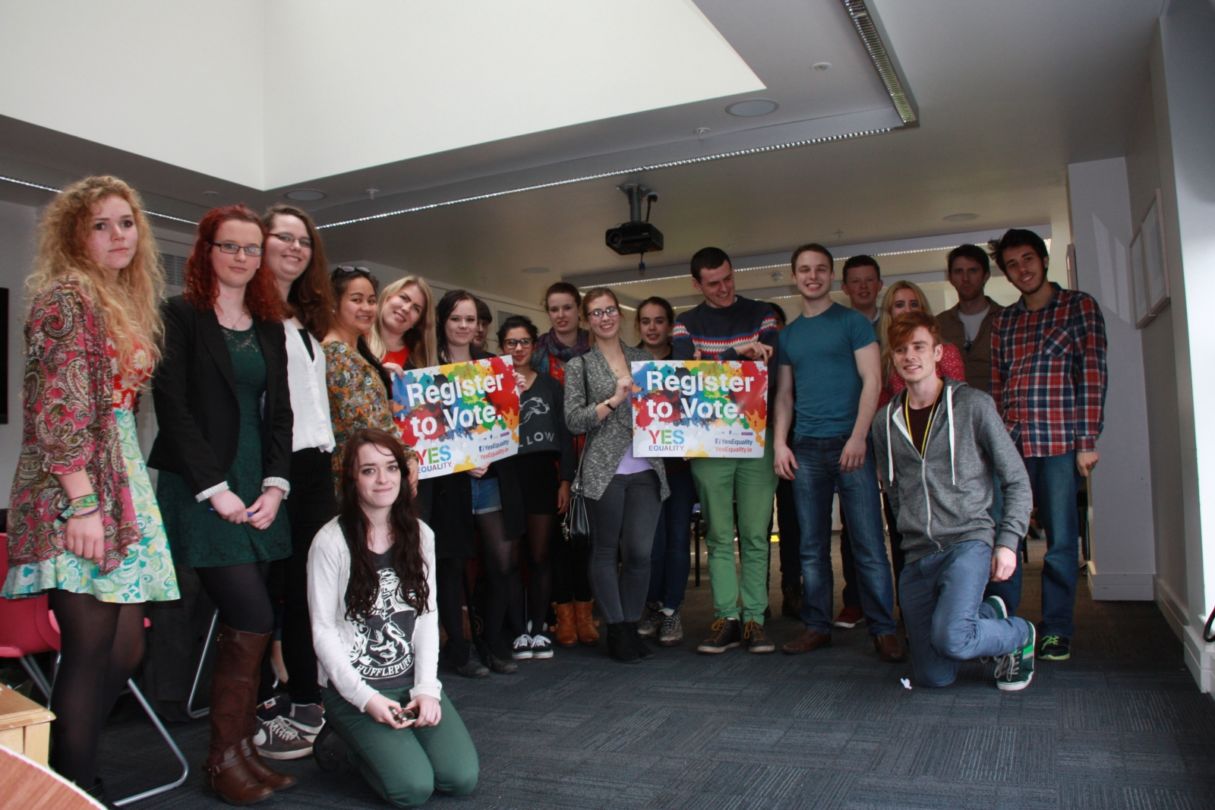 A chance to make history – for us all

In less than 24 hours Ireland will go to the polls in a referendum that is truly historic, the first time any nation has asked its people to vote ‘Yes’ and end discrimination against LGBTI people in its civil marriage laws. If passed, Ireland will become the first country anywhere in the world to guarantee its people the equal constitutional right to marry the person they love, regardless of their sexual orientation, following a popular vote.

Colm O’Gorman, Executive Director of Amnesty International Ireland said: “Love does not discriminate, and neither should our laws. If a state decides to recognise, protect and value loving, intimate, committed relationships in its laws, it should not deny this recognition to some just because of their sexual orientation.

We call on the people of Ireland to bring in a new era of equality in civil marriage. It is their decision now. “As the campaign draws to a close, and we await the decision of the Irish people, I would like to pay tribute to the dedication, commitment and extraordinary energy of those who have participated in this campaign. All around Ireland, local communities have come together to form Yes Equality groups, supported by the tireless commitment of the national Yes Equality campaign. It has been our honour to be associated with the campaign. “It has at times been challenging. For so many people this is an intensely personal issue. For those of us who are members of the LGBTI community and for our families and friends, it has required us to go out and engage with our fellow citizens, asking door-to-door and street by street, for them to vote Yes and ensure we are granted the freedom to marry the person we love.

“The response has been truly extraordinary. The campaign has brought to the fore the overwhelming decency, compassion and generosity of the majority of Irish people. The support which we have been met with in those everyday conversations over the past few months has been quite simply wonderful. “Of course none of this will count unless people go and express that support in the ballot booth tomorrow. And whilst the polls continue to show an encouraging level of support for the proposed amendment, it is also clear that the result will likely be decided by turnout. Quite simply, a low turnout may well hand victory to the No side.” “It is very simple really, if you want this referendum to pass, you must go and vote for it. And every last vote will count. If you want Ireland to say Yes to civil marriage equality for its LGBTI people, then you must vote Yes. “And that YES will be heard around the world. It will be heard by leaders and governments who persecute their LGBTI people and violate their human rights, who by their laws and actions devalue and dehumanise LGBTI people and their relationships. It will send a powerful signal to Putin’s Russia, to Museveni’s Uganda, and a message of hope to those all over the world who fight for justice, freedom and equality.” ENDS Note for Editors Everyone has a right to be free from discrimination in the enjoyment of their human rights – including the right to marry and found a family. This is provided in Article 2 of the Universal Declaration of Human Rights and Article 2 of the International Covenant on Civil and Political Rights (ICCPR). Article 26 of the ICCPR provides for equal protection of everyone before the law. For over a decade sexual orientation has been a prohibited ground of discrimination under international human rights law. Amnesty International adopted a global policy in 2007 calling for an end to discrimination in civil marriage laws on the basis of sexual orientation or gender identity. Our membership here in Ireland decided by a vote at our Annual Conference in 2009 to endorse and support a campaign for civil marriage equality here in Ireland. Go to: www.letsmakehistory.ie Amnesty International Ireland has registered with the Standards in Public Office Commission for the duration of the referendum campaign